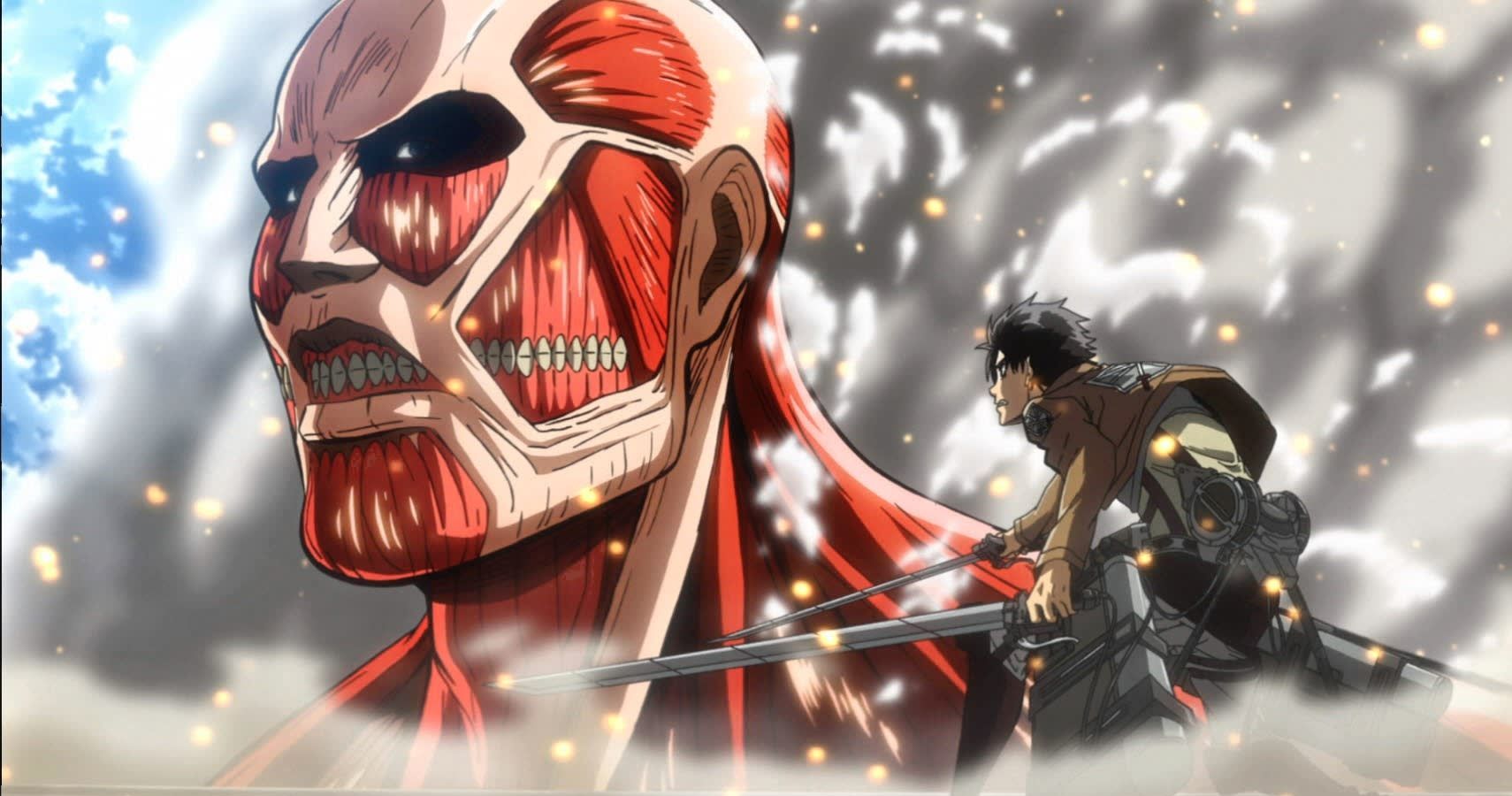 Battle Shonen and Seinen anime can be one of the most entertaining genres to consume, these stories are oftentimes really fast-paced as a means to keep them as exciting as possible. The battles are often grandiose with great stakes at hand.

It’s common to see the hero of the story break his/her limits to overcome a truly overwhelming force and, in doing so, they manage to save the day and rescue those in danger. Of course, these stories don’t only focus on battles and they often have interesting plots, themes, and characters. The following anime feature some of the best battle scenes that the medium has to offer.

Updated by Saim Cheeda on January 26th, 2021: The demand for anime has increased in recent times due to the rise in streaming services. Since viewers can check out these shows in abundance, there’s a need to find out more series that can deliver the kind of entertainment that fans want. The fighting genre is the most popular one for anime, which is why it’s seeing the most interest come its way. With that in mind, this list has been updated to bring forward some more series that fans will love to have in the watch lists.

One-Punch Man is exactly as it sounds, in that it features the main character being so strong that he can defeat anyone with just one punch. His story involves receiving the credit for the work he’s put in as a superhero, as his actions tend to go underappreciated.

While it might seen as if this series doesn’t have much competition for the protagonist, that’s not really the case as many opponents turn up to the challenge and their own unique qualities pave the way for exciting match-ups between distinct characters.

Pretty much everyone associates Devil May Cry with the acclaimed video game series, yet the anime is an underrated piece of media. After all, there’s a lot of action to behold here, with the characters regularly locking horns with demonic beings and employing their high-octane styles to do so.

There’s also the protagonist, Dante, who’s an extremely funny character whose fighting skills are unmatched due to his status as a half-demon. Since the anime ran as a limited series, viewers can check this out quickly to fulfill their fighting anime needs.

This anime tells the story about a young boy who finds out his father is one of the elite humans known as Hunters. In order to prove himself up to the task, he takes to learning how to qualify as a Hunter and follow in his father’s footsteps.

The fights in the series begin to become larger in scale as the episodes proceed, with the protagonist gaining in strength on a progressive basis. Due to this, it’s fun to check out his character development through his fighting adventures.

Vastly superpowered individuals take it upon themselves to defend the Earth from alien races and magical creatures. Dragon Ball Z takes the meaning of power to incredible lengths, as the characters reach world-shattering level of feats.

Such is the focus on fighting here that several episodes are dedicated just for the action sequences. These are fleshed out to the point where storylines focus on how the characters unlock new abilities. Everything’s over-the-top but carries sheer adrenaline rush.

The titular Seven Deadly Sins are knights who were accused of plotting a coup of the kingdom. A decade later, the members begin searching for one another in order to clear their names and weed out the actual villains behind this conspiracy.

The action in this anime focuses on thematic quality, with the characters having their own identity that are based on their strongest powers. Character designs are also a thing of beauty, making the fight scenes stand out from a visual standpoint.

Champloo follows the story of Fuu Kasumi as she begins her journey in search of a mysterious samurai, who is believed to smell like sunflowers. To track down this samurai, she enlists the help of Mugen, a free form swordsman, and Jin, a traditional samurai.

To become a hero capable of saving anyone, series protagonist, Izuku Midoriya, must overcome not only his insecurities but the many villains that would see society descend into chaos.

Heroes and villains battle throughout the day in order to achieve their respective goals. This constant conflict has led to some of the most entertaining battles in anime history.

Demon Slayer is the most successful manga in recent years, currently outselling most other manga coming out of Japan so far in 2020. Demon Slayer focuses on the Demon Slayer Corp’s constant battle against Muzan Kibutsuji and his demon army.

RELATED: 10 Anime That Are Clearly Inspired By Naruto

This constant battle provides thrilling and exciting fights, with each character having their own unique fighting styles. These battles are animated superbly and the sound effects and music added takes it to another level.

Ghouls are man-eating creatures who must feast on human flesh in order to survive. As such, it is not too common for ghouls to roam the streets at night, looking for their next prey. To combat the rising casualties due to the consumption patterns of ghouls, Japan formed a special counter-ghoul agency, the CCG.

The CCG battles against these dangerous creatures daily and these battles tend to be extremely dangerous. These fights see each party put their lives at risk in order to come out on top, which results in some tremendous battles.

At its center, Vinland Saga is about much more than the battle. In many cases, it is a great Norse story that seeks to broaden people’s understanding of Nordic culture. Despite this, Vinland Saga does a great job presenting its fighting scenes. Battles in Vinland saga often mean much more than life or death.

Warriors go into battle not only putting their lives at risk but also their honor. In Vinland Saga, battles usually have very high stakes with the losers not only losing their life but their countries and families.

Bleach focuses on the story of Ichigo Kurosaki, as he embarks on his journey of being a Soul Reaper. As a Soul Reaper, Ichigo is tasked with purifying hollows, as well as ensuring the safe passage of the newly dead to the afterlife. Soul Reapers have many enemies that would seek to do damage to the Soul Society.

RELATED: 10 Coming-Of-Age Anime Everyone Should Watch

As such, Soul Reapers go through extraneous training to be able to defeat their enemies. A Soul Reaper wields a Zanpakuto and each Zanpakuto has its own unique powers. Bleach is an exciting anime, filled with entertaining battles between groups such as Shinigami, Visored, Espada, Hollow, etc.

Part one of Naruto showcased some of the most tactically interesting battles in all of anime history. Characters would implement their own specialized Jutsu in order to gain the upper hand on their opponents. These moves varied greatly from village to village and from ninja to ninja.

This diverse action system is the reason for great fights such as Kakashi versus Zabuza and Naruto and Sasuke versus Haku. The early combat system focused on maximizing the effectiveness of each Jutsu used, and this made for some very intriguing battle tactics.

Edward and Alphonse Elric are two of the continent’s most capable young Alchemists. Throughout their journey to find the Philosopher’s Stone, they encounter many powerful Alchemists who want to cause them harm.

To protect themselves, the boys use their vast understanding of Alchemy to do battle. Edward and Alphonse are clear genii, who are often able to do Alchemy without first drawing a transmutation circle. This high-level Alchemy ensured that many of the battles in Full Metal Alchemist: Brotherhood made for a fascinating viewing.

One Piece is Shonen Jump’s most successful manga and its anime adaptation is popular around the world. One Piece chronicles the journey of the Straw Hat Pirates, as they journey to Laughtale to find the treasure referred to as One Piece.

A central part of One Piece is the battles that the characters must go through in order to earn the right to be worthy enough to find the tressure that alluded all but one man for the past 800+ years. The fights in One Piece are often packed with really hype moments and, oftentimes, they go on to become extremely popular worldwide. An example being Luffy’s fight against Katakuri.

Attack on Titan focuses on the life of Eren Yeager, as he comes to grip with being the Attack Titan, a titan responsible for fighting against oppression. Titans are fascinating creatures to observe, largely due to their movement styles and erratic behavior.

Attack of Titan‘s brilliant animation allowed for fluid and interesting battles against these creatures. The battles were high, not only in intensity but also in the emotions that went into each fight.  The peak climax arrived when the scouts find out that the monsters that they’ve been fighting all along are merely humans who were forcefully transformed into monsters.