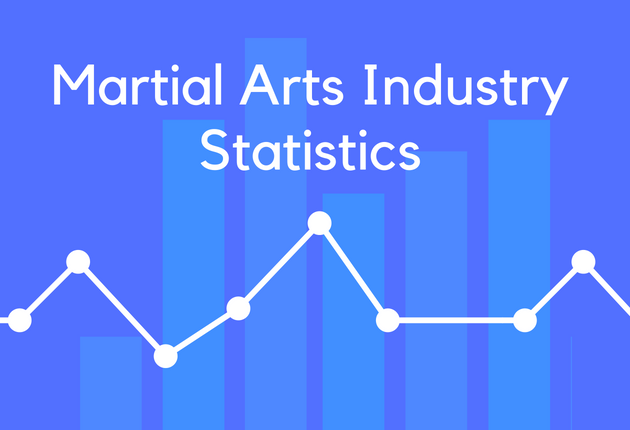 The martial arts have a history which dates as far back as modern human civilization. As long as humans have been interested in aggression, there has been a need to defend oneself. Rudimentary martial arts were developed to satisfy this need.Western interest in the traditions of martial arts developed in the 19th century, as trade routes made the world a smaller place. Media interest in the martial arts began in the 1970s and this exploded the growth of the industry. Movies from Asia and Hollywood began to incorporate martial arts elements into various storylines.With the development of mixed martial arts (MMA) competitions, the martial arts industry is poised to see continued interest in the traditions established so long ago.Important Marital Arts Industry Statistics#1. About 3.6 million people actively participate in the martial arts industry in the United States each year. Participants under the age of 6 are not tracked for statistical purposes. (Statista)#2. Marital arts studios are able to generate about $4 billion in revenues each year within the U.S. market. From 2012-2017, the industry was able to achieve an annualized rate of growth average of 4.2%. (IBIS World) 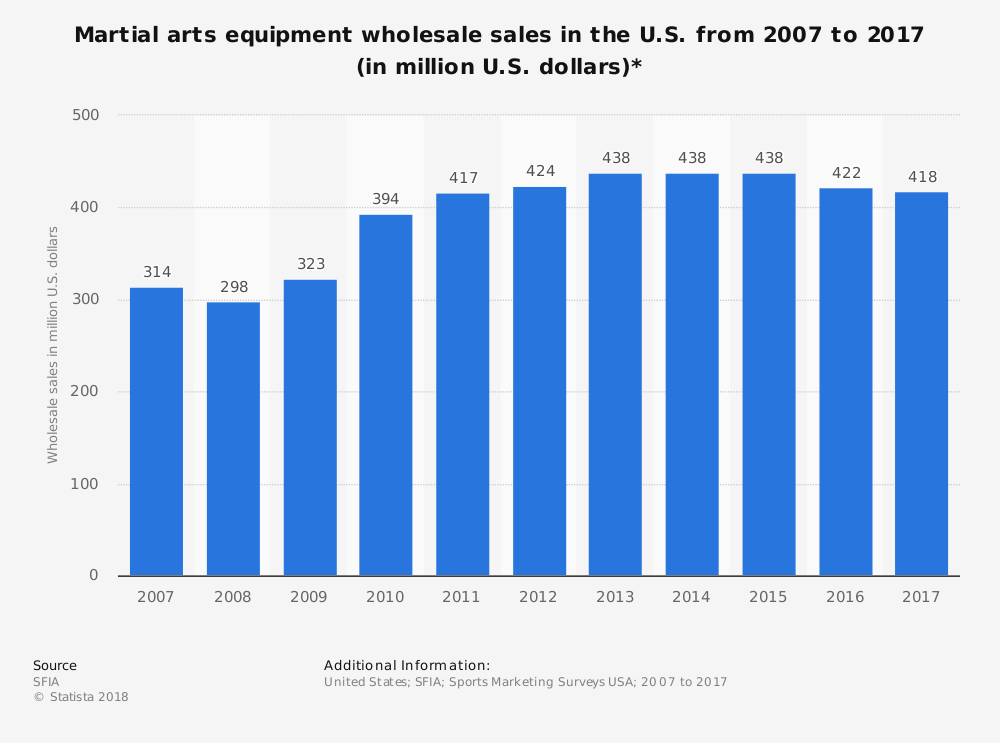 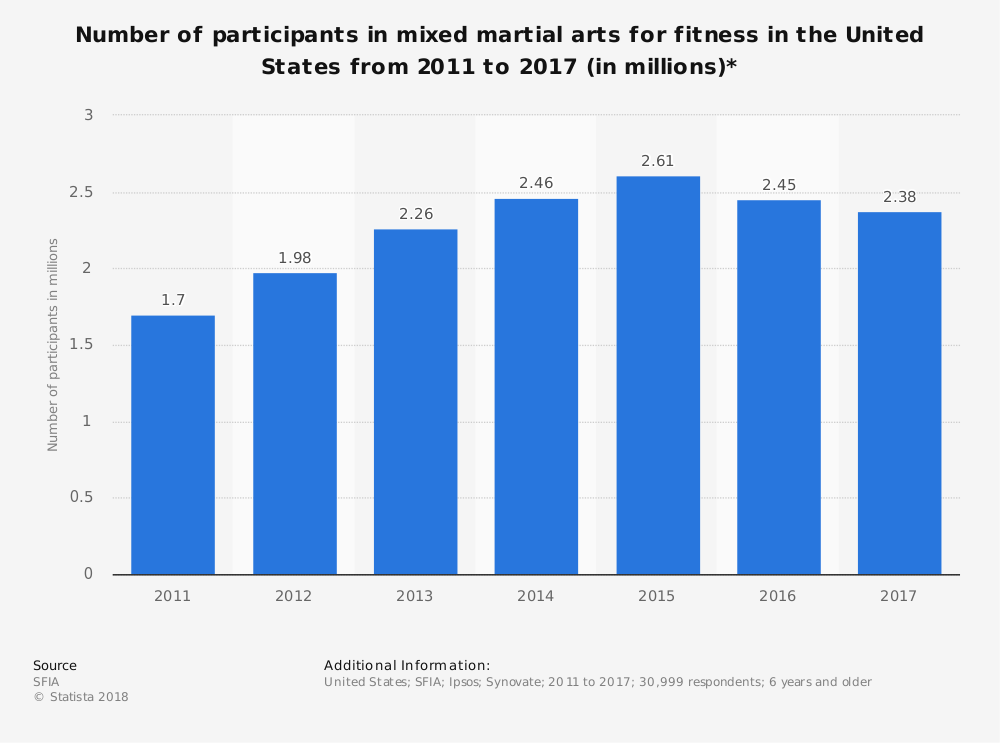