Kalarippayattu is a famous Indian martial art from land of attraction Kerala and one of the oldest fighting systems in existence. It is practiced in most of the part of south India.A kalari is the school or training hall where martial arts are taught. It includes strikes, kicks and some weapon based practiced, Footwork patterns is most important key in Kalarippayattu. It is the best Indian martial art that has been used in many movies to make it popular, like Ashoka and The myth. photo credit- Kerala TourismSilambam – Tamil Nadu

Silambamis a weapon-based Indian martial art from Tamil Nadu. Every states has it own style of martial arts. A wide variety of weapons are used in silamban, some of which are not found anywhere else in the world.Silambam art also used animal movements of snake, tiger, eagle forms and footwork patterns is play a key role here as well. Another part of Silambam is Kuttu varisai, it is the unarmed kind of martial art. pic credit – The HinduGatka – Punjab

Gatkais weapon-based Indian martial art basically created by the Sikhs of Punjab.There are many weapons used in Gatka like, Stick, Talwar, kirpan and kataar. The attacking and defense methods are based upon the positions of the hands feet and nature of weapons used. It is also displayed during the different celebrations or at fairs in Punjab. pic credit- sikhnetMusti YuddhaIt is unarmed martial art from the oldest city of India “Varanasi“. Technique used in this martial arts are punches, kicks, knees and elbow strikes. This style is a complete art of physical, mental and spiritual development. This art is very rarely visible but was very popular in middle age.Thang Ta – Manipur

Thang Ta is popular term for the ancient Manipuri Martial Art also known as HUYEN LALLONG. Manipuri martial arts with swords and spears, is a strong yet gracefully sophisticated art. Huyen Langlon martial art from Manipur consists of two main components, armed combat and unarmed fighting. Sword and spear are the two primary weapons of huyen langlon.Lathi Khela – West BengalLathi is an ancient armed martial art of India. It also refers one of the world’s oldest weapons used in martial arts. Lathi or stick martial arts practiced in Punjab and Bengal region of India. Lathi still remains a popular sport in Indian villages.Mardani Khel – MaharashtraMardani Khel is an armed method of martial art created by the Maratha. This traditional martial art of Maharashtra is practiced in kolhapur.Pari Khanda -BiharPari-khandaa style of sword and shield fighting from Bihar. This art is created by the rajputs. Pari-khanda steps and techniques are also used in Chau dance.Martial Arts of Indian StatesKathi Samu is very old Indian martial art originated in Andhra Pradesh.Thoda martial art also known as the dance of archery from Himachal Pradesh.Varma Kalai is another popular Martial Arts of Tamil Nadu.Paika is the Orissan martial art and still used as part of the chhau dance.Garadi mane is the fighting arts of Karnataka, taught exclusively for demonstrations at festivals.Pehlwani is the most popular form of wrestling from the Indian subcontinent.Kick-fighting (aki kiti) is the traditional art from of tribes from Nagaland.Apart from the above list, there are wide array of weapons are used in the Indian subcontinent and each fighting system named with respect to weapons such as Lathikhela, Khadgavidya, Dhanurvidya, Gadayuddha, Mushtiyuddha, Mallayuddha and 64 different types of skills & arts of Bal Vidya. 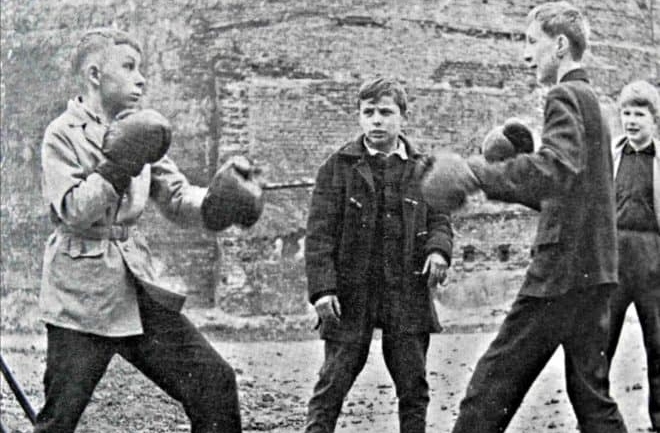