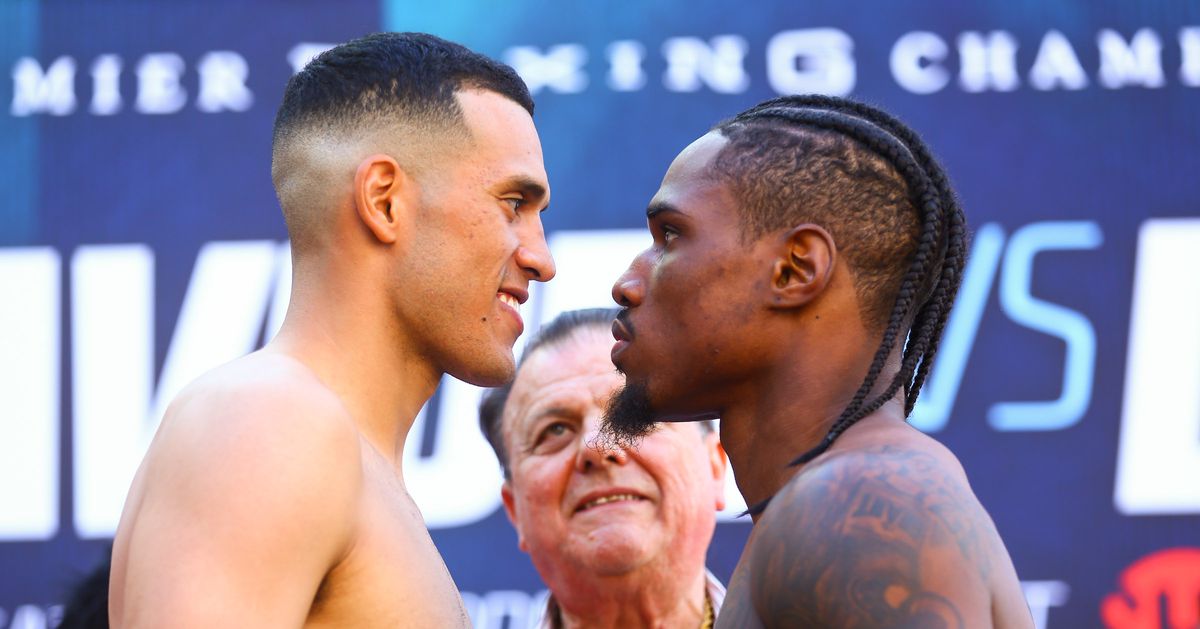 David Benavidez returns to action as he looks to possibly secure a May 2022 fight with Canelo Alvarez, first needing to take care of business tonight against Kyrone Davis in a Showtime main event from Phoenix.

It’s just a doubleheader tonight for Showtime, with David’s brother Jose Benavidez Jr also returning to action, in what will be Jose’s first fight since his 2018 loss to Terence Crawford.

Live coverage begins at 9 pm ET, and John Hansen will be here with all the updates, including round-by-round for both bouts, with all updates coming in this stream:

Notes on the weights: Benavidez-Davis had a 168+1 limit as a non-title fight, so David’s weight of 169 was fine, and the Benavidez-Torres fight had a contract limit of 159 lbs, though Jose intends to fight at 154 going forward and the bout is being billed as a “junior middleweight/super welterweight” fight even though it’s not.

tab.com.au is unavailable from your location