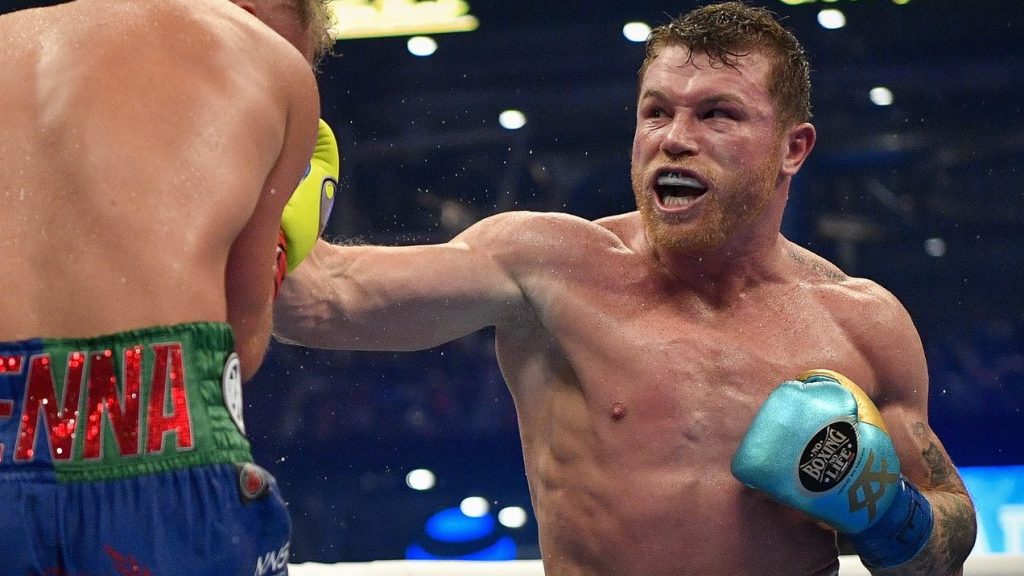 I hate what Canelo Alvarez is doing.

And I’m not talking only about his surprising decision to move up to the cruiserweight division to challenge obscure WBC titleholder Ilunga Makabu. For me, it started with his fight against Rockey Fielding in December 2018.

That’s when it became obvious to me that the Mexican star was more interested in collecting increasingly meaningless title belts than facing the best possible opponents in a misguided attempt to “make history,” as he puts it.

Alvarez was so determined to win a title in a third division that he arranged to move up from middleweight to fight Fielding, who held the WBA “regular” super middleweight title at the time. Of course, Alvarez won easily, stopping the Englishman in three rounds, and then basked in the glory of his great accomplishment.

In fact, he wasn’t fooling anyone. Fielding was a mediocre fighter who owned a belt that no one takes seriously. The actual WBA champion at the time was Callum Smith, who Alvarez would later defeat to become a legitimate 168-pound titleholder.

I remember thinking at the time of the Fielding fight, “This isn’t the warrior who sought out genuine challenges for so many years. This was someone taking advantage of flaws in a broken system.”

Alvarez went back down to middleweight and accepted one of those genuine challenges, a meeting with talented Daniel Jacobs in May 2019. He won a close decision in a competitive fight, restoring some of the faith I had in him.

Then came an interesting move: Again bent on adding a title in another division, he jumped from 160 pounds to 175 to face then-WBO titleholder Sergey Kovalev in November 2019. I respected that decision because I respected Kovalev, who was aging but still a competent fighter and naturally bigger than Alvarez.

The decision to fight Kovalev when he did was carefully calculated. The Russian had battled Anthony Yarde in a taxing bout only nine weeks earlier, which arguably didn’t allow enough time for a 36-year-old to recover. Indeed, Kovalev, who was stopped in 11 rounds, was the most vulnerable of the 175-pound champions.

That took some of the luster from Alvarez’s accomplishment but I still admire the decision to fight Kovalev given the circumstances. And there was precedent: Roy Jones Jr., a light heavyweight, chose to fight John Ruiz instead of Lennox Lewis for obvious reasons when he made the bold decision to challenge for a heavyweight championship in 2003.

After that came Alvarez’s quest to become undisputed super middleweight champion, which also had at least some merit. In a time of fragmented titles, fighters who hold all four major belts provide some clarity as to whom is the best in a particular division. And, yes, one could argue that the accomplishment was historic.

Here’s the problem: Alvarez didn’t fight the best 168-pounders to reach his goal. He fought Callum Smith, Billy Joe Saunders and Caleb Plant because they held the titles. I believe the best potential opponents at 168 or below were David Benavidez, Jermall Charlo and Gennadiy Golovkin, all of whom would have made for more compelling – and, most likely, more competitive – fights than the titleholders did.

Alvarez can argue that he was working within the system to pursue his goals. Right. Again, the problem is that the system is flawed, as corrupt sanctioning bodies often provide title shots to fighters who aren’t necessarily worthy. That isn’t to denigrate Smith, Saunders and Plant as weak fighters; they aren’t. They’re just not as good as the other three.

Finally, we arrive at Alvarez’s decision to face cruiserweight titleholder Makabu. Once again, he is making what seems to be a bold move to make history. But how bold is it really?

On one hand, a 168-pounder is moving up two weight classes to face a major titleholder who weighed 197½ pounds for his most-recent fight and has 25 knockouts in 28 victories. On the other hand, Makabu has faced only one fighter you’ve heard of – Tony Bellew – and was stopped in three rounds.

And here’s the kicker: WBC officials announced when they created the bridgerweight division that they planned to lower the cruiserweight limit from 200 pounds to 190. I’m not clear on when they plan to do that but I’m guessing it will happen before the Alvarez-Makabu fight, which would make Makabu’s size advantage more manageable.

I have to acknowledge that the weight difference is still significant. At the same time, the move seems gimmicky, particularly when real, exciting challenges against fighters closer to his size are available.

Benavidez, Charlo, Golovkin (who deserves a third shot at Alvarez after two inconclusive bouts) and the top light heavyweights are more accomplished than Makabu and are genuine threats to Alvarez. I, as a fan, was dying to see Alvarez vs. Benavidez and I know I wasn’t alone.

Alvarez has the clout to do as he pleases, as he made clear at the WBC convention in Mexico City. He declared, “I do what I want.” That doesn’t mean that we have to buy into the decisions he makes as he pursues his version of “history”.

I applaud him on a remarkable career. I acknowledge that he has faced a long list of elite opponents over the past decade, more than any other active fighter. And I don’t believe his current method of choosing opponents indicates he’s dodging anyone. That’s not who he is.

The problem, in my opinion, is that he has decided that flimsy belts and titles in more and more divisions is his path to greatness. News flash: He’s already great. He should take a step back and ask himself, “Who are actually the best possible opponents and who do the fans want to see me fight?” And then he should act accordingly.