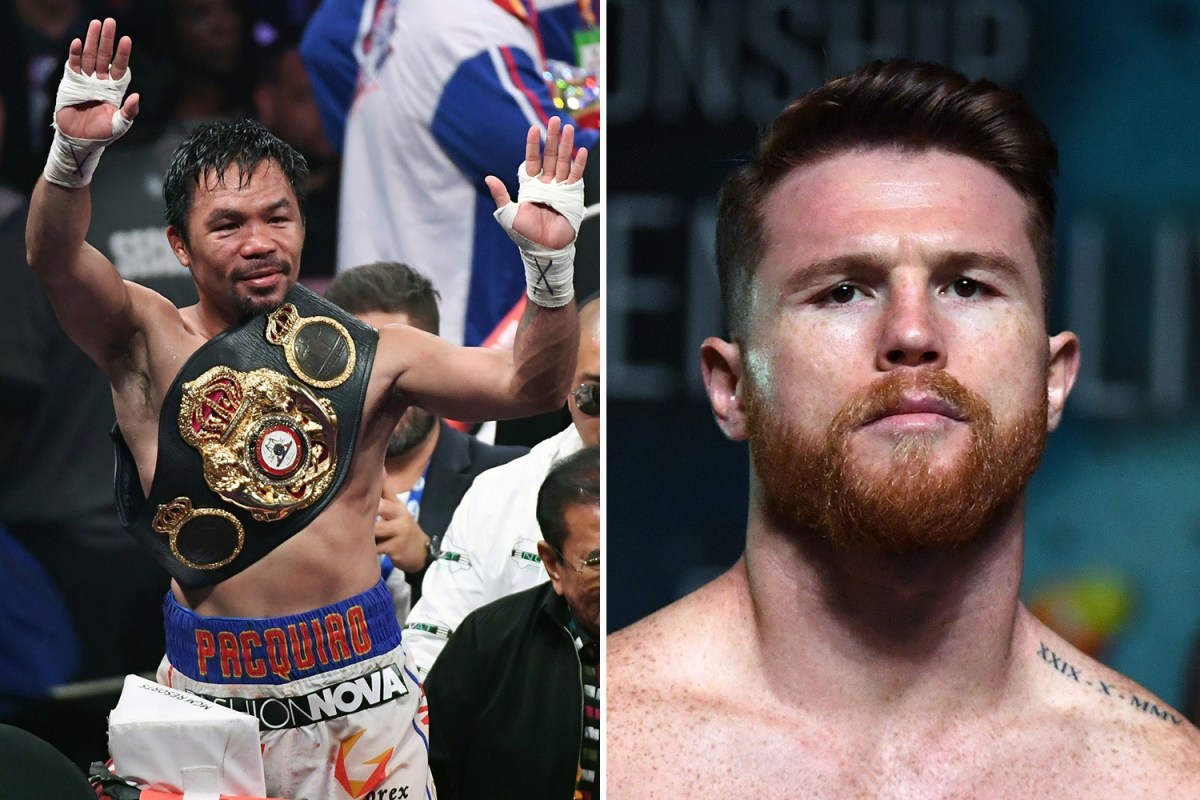 CANELO ALVAREZ admits he was saddened by Manny Pacquiao’s decision to retire from boxing.

Pacman officially brought the curtain down on his hall-of-fame career earlier this week with an emotional video message to his legion of fans.

The Filipino retires after a staggering 72 professional fightsCredit: REUTERS

Current pound-for-pound king Canelo watched and admired Pacquiao as he came up the ranks and admits seeing the pride of the Philippines call it a day is ‘sad’.

He told Little Giant Boxing: “It’s sad, but it was about time.

“He did a lot of things for boxing, he is a great fighter, a legend.”

Pacquiao, 42, teased retirement was on the cards after his unanimous decision defeat to Yordenis Ugas in Las Vegas last month.

On Wednesday morning, he tweeted a video with the accompanying caption: “To the greatest fans and the greatest sport in the world, thank you!

“Thank you for all the wonderful memories. This is the hardest decision I’ve ever made, but I’m at peace with it.

JOIN SUN VEGAS: GET A FREE £10 BONUS WITH 100s OF GAMES TO PLAY AND NO DEPOSIT REQUIRED (Ts&Cs apply)

In the 14-minute long video, the senator said: “As I hang up my boxing gloves, I would like to thank the whole world, especially the Filipino people for supporting Manny Pacquiao. Goodbye boxing.

“It is difficult for me to accept that my time as a boxer is over.

“Today I am announcing my retirement.”

He added: “Thank you for changing my life, when my family was desperate, you gave us hope, you gave me the chance to fight my way out of poverty.

“Because of you, I was able to inspire people all over the world.

“Because of you I have been given the courage to change more lives.

“I will never forget what I have done and accomplished in my life that I can’t imagine.

“I just heard the final bell.”

“I never thought this day would come as I hang up my boxing gloves.”