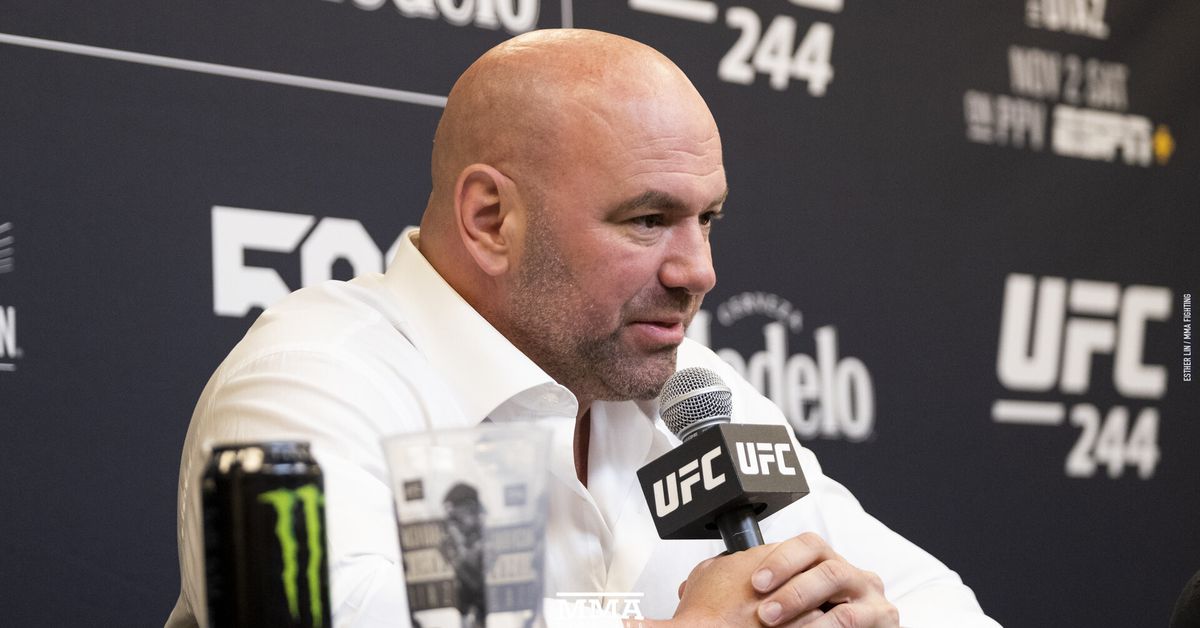 Dana White always says he’d rather not address Jake Paul, Logan Paul, and the circus that follows their fighting careers, but he seems to get drawn back into it quite often.

The latest example came after UFC 263 on Saturday night when the UFC president was asked about the recent boxing exhibition between Floyd Mayweather and Logan Paul that sold around 1 million pay-per-view buys.

According to White, he actually spoke to Mayweather after that exhibition took place and he commends the former multi-time, multi-weight class champion for pulling off an event of that magnitude. In comparison, however, White says while Logan Paul can be proud he was part of such a huge card, his brother Jake can’t claim the same despite numerous reports that his knockout against retired UFC fighter Ben Askren also pulled in astronomical figures on pay-per-view.

White also addressed the recent comments from former UFC welterweight champion Tyron Woodley that he will be receiving the biggest paycheck of his entire career for the upcoming boxing match against Jake Paul in August.

Woodley left the UFC earlier this year at the conclusion of his most recent contract, which followed four losses in a row inside the octagon.

Now he’s poised to headline a pay-per-view alongside Paul with his manager Malki Kawa previously telling MMA Fighting that Woodley “definitely got paid in his base guarantee more than he ever did in the UFC, whether as a champion or non-champion, that’s a fact yes.”

For his part, White would like to get a look at the contract.

White went into explain how Woodley talking about his paycheck and Paul taking shots at him and the UFC so much recently only serves to put them in the spotlight to help build interest for their upcoming fight.

Despite Woodley being a former UFC champion, White doesn’t see his past accomplishments as reason enough to believe he’s going to suddenly become a highly promotable boxing superstar.

That’s why White is convinced all these other subjects are being raised in order to build awareness about the fight with Paul rather than trying to focus on the contest at hand.

“Tyron Woodley’s 40 years old. He hasn’t won a fight in three years in something he’s actually supposed to be good at,” White said. “Now he’s going to go box. How do you sell that fight? Lots of other things than the sh*t that should matter.

“(Tyron Woodley says) ‘I’m making millions of dollars and this is the biggest payday ever’ and Jake Paul will say mean things about me and ‘pay your fighters’ and you guys (in the media) just f*cking get right into it and love it. It’s all bullsh*t. It’s all a bunch of bullsh*t.”

Woodley had this to say on Twitter on Sunday.

Why people mad i’m getting paid . I celebrated my peers when they made a bag. Even ones in the crosshairs ‍️. People #BigMad but we #BuiltDifferent i still congratulate

How to Jab in Boxing