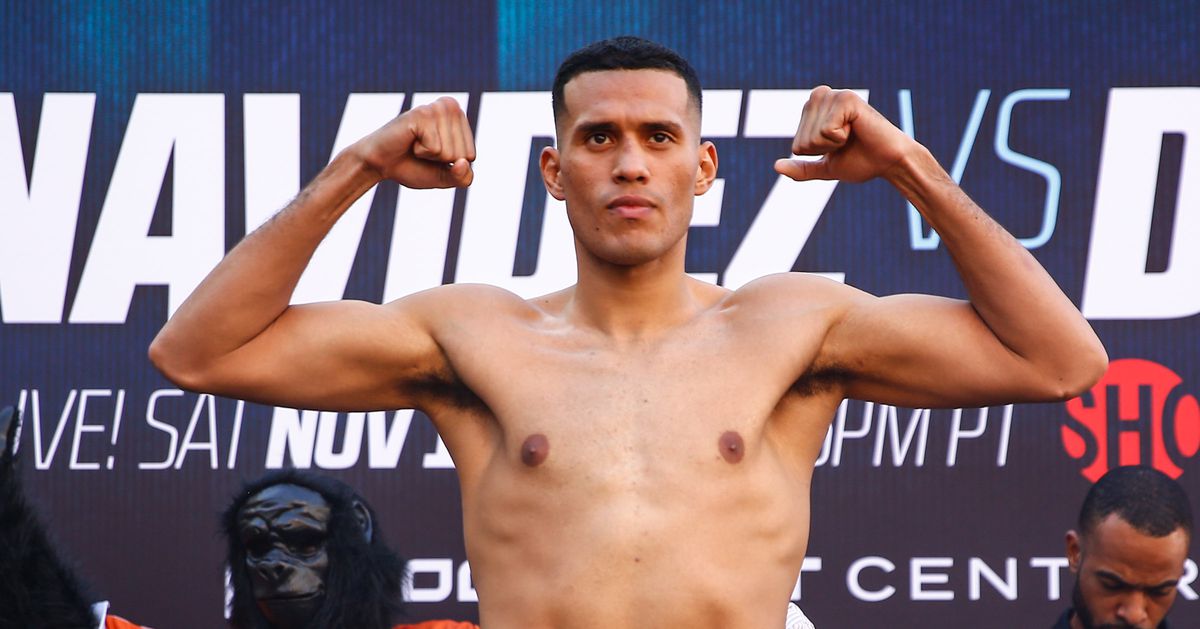 David Benavidez is annoyed with those saying he missed weight for tonight’s Showtime main event against Kyrone Davis, noting that the limit for the bout was not 168 lbs, but the 169 he weighed in at on Friday.

“Everyone saying I missed weight should know the facts before running (their) mouth,” Benavidez posted on Instagram. “Weight limit was 169. This is a 10-round fight, no title or title eliminator so please STFU with that shit. If the limit is 168 plus one pound, (I’m going to) make the weight cut as comfortable as possible and take the extra pound.”

Benavidez (24-0, 21 KO) did come in at 169, and for those who aren’t familiar, this really is not an unusual situation. As Benavidez says, non-title fights that also aren’t eliminators generally have an extra pound of wiggle room, which fighters often will use as Benavidez did.

The annoyance does likely come from Benavidez, 24, having actually missed weight for a WBC title defense in Aug. 2020 against Roamer Alexis Angulo, so needling him for the same thing when he didn’t actually miss weight clearly got under his skin. For his part, Benavidez was very up front about the weight issue that time, as the “bubble” being used by promoters at the time was an unusual situation for boxers used to having more equipment on hand during fight week to cut that last bit of weight. He wasn’t the only one who had trouble during those months, and he warned other fighters about the experience, urging them to be prepared ahead of time more than usual.