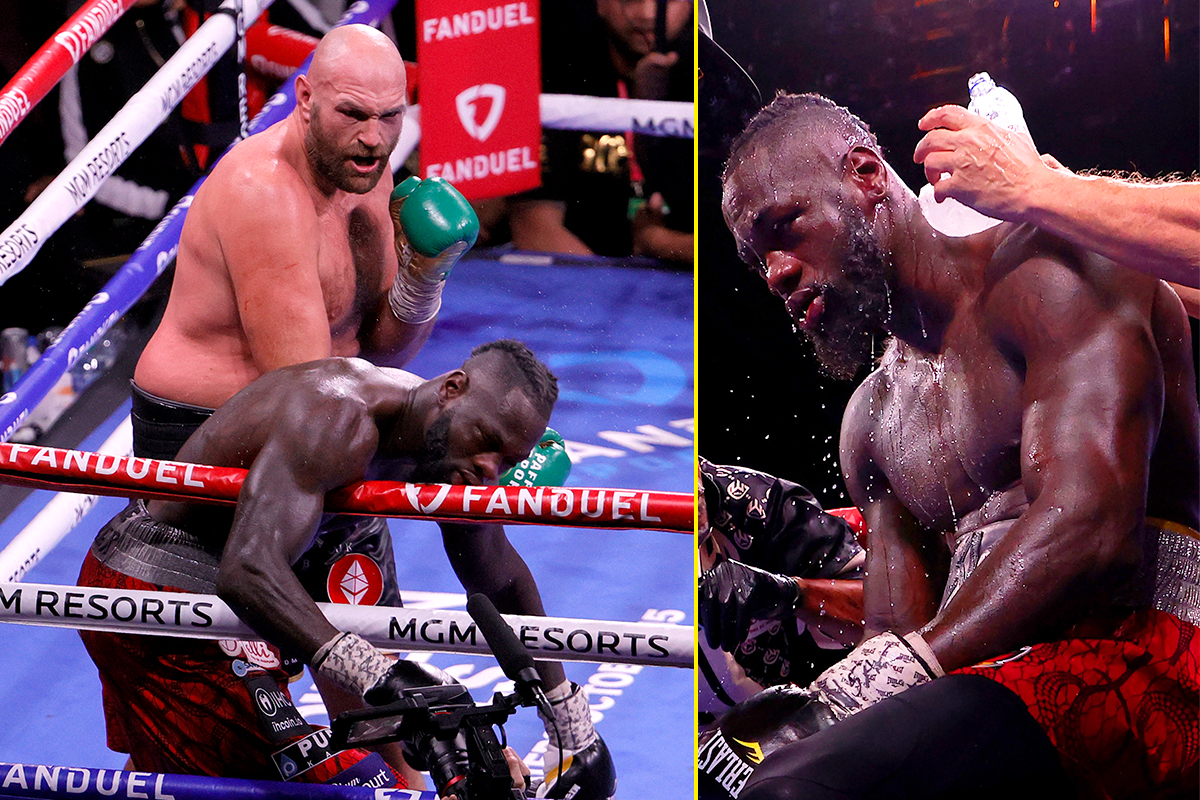 Deontay Wilder has made no excuses after being knocked out by Tyson Fury on Saturday night.

The ‘Gypsy King’ and ‘Bronze Bomber’ produced a legendary heavyweight fight for the ages as they were both floored twice before Fury won by KO in round 11. 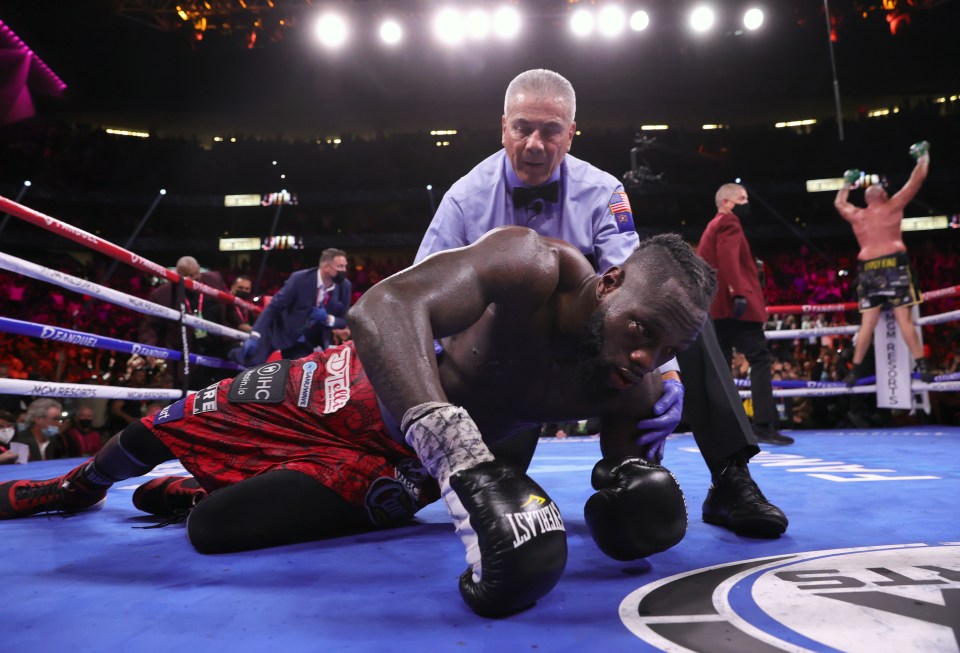 Fury KOd Wilder in round 11 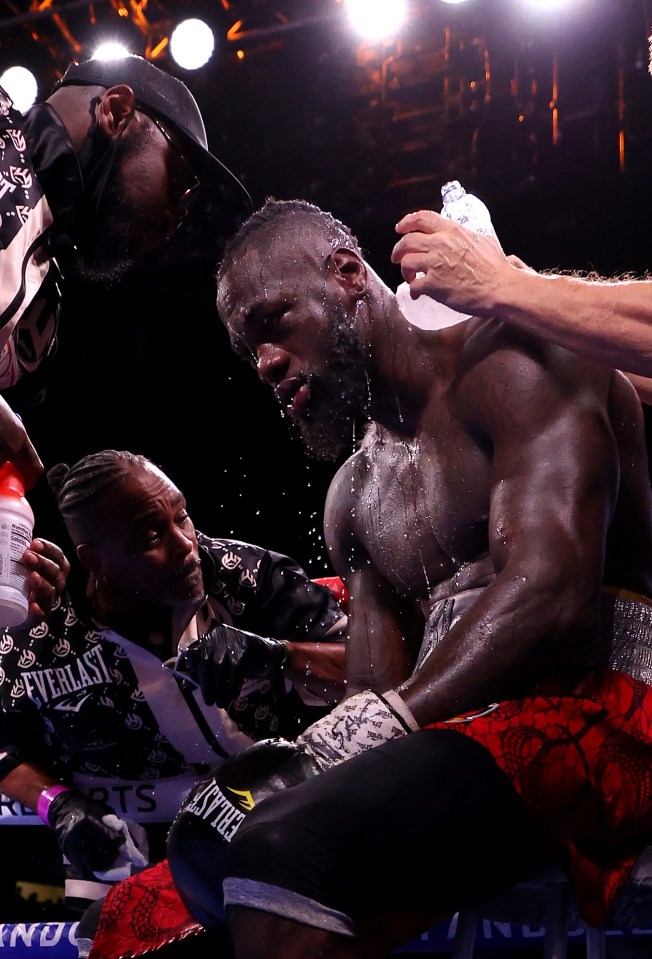 Wilder has been humble in his post-fight comments

It was Fury who made the first breakthrough as he put Wilder down in round three.

However, the American quickly recovered and floored the Brit twice in the fourth.

Fury eventually regained control and punished Wilder consistently through to round ten, where he made another breakthrough and put him down for a second time.

Astonishingly, Wilder made it back to his feet again, but was KOd with a right hook in the eleventh as Fury successfully defended his WBC heavyweight title. 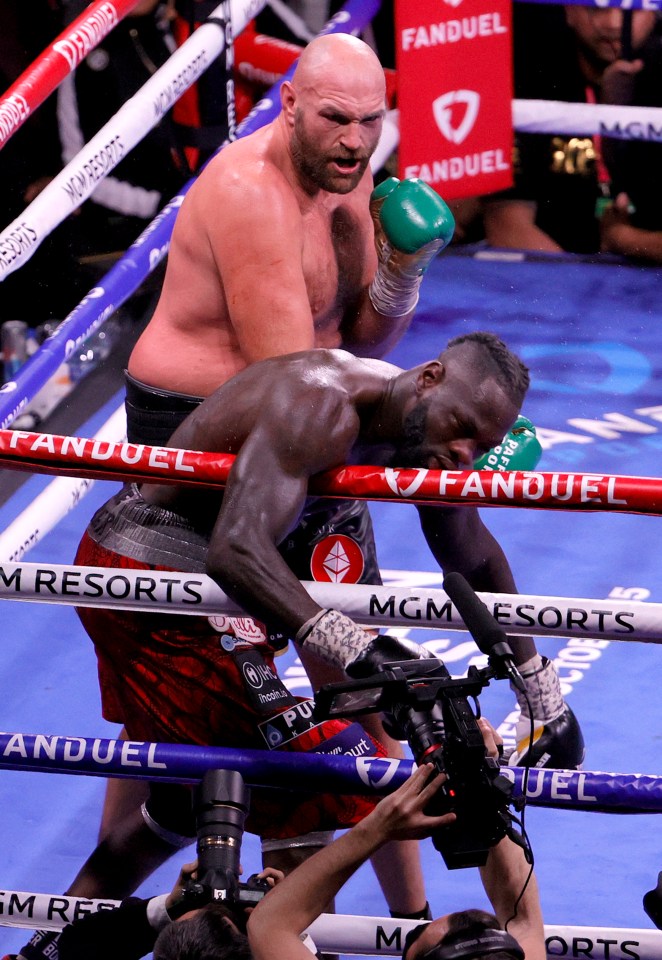 Wilder has gone to hospital for precautionary tests

After the fight, Wilder was taken to hospital for precautionary checks with his trainer revealing he had suffered a broken hand.

Before leaving, he said in reaction to defeat: “I did my best, but it wasn’t good enough tonight.

“I’m not sure what happened.

“I know that in training he did certain things, and I also knew that he didn’t come in at 277lbs to be a ballet dancer.

“He came to lean on me, try to rough me up and he succeeded.” 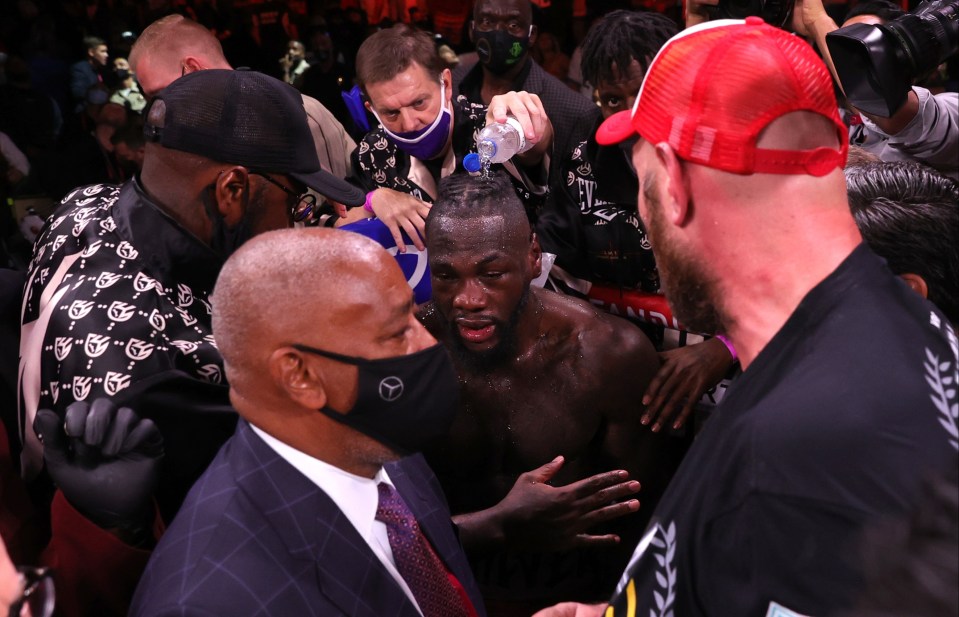 Wilder did not want to speak to Fury after the fight

“I took him up into his room, he’s seen a doctor afterwards,” he told ESNews.

“Everything’s cool… he busted his lip, he broke his hand, broke his finger, knuckle, something like that. But life goes on.”

The victory Fury, meanwhile, was unhappy that Wilder refused to pay him any respect in the immediate aftermath.

Asked what he said to Wilder in the ring, Fury told BT Sport: “I just said, ‘Well done,’ and he said, ‘I don’t wanna show any sportsmanship or respect.’

He later added: “He’s got no love for me, Deontay Wilder, because you know why? I beat him three times.

“I’m a sportsman, I went over to him to show some love and respect and he didn’t want to give it back. That’s his problem.

“I will pray for him so God will soften his heart.”