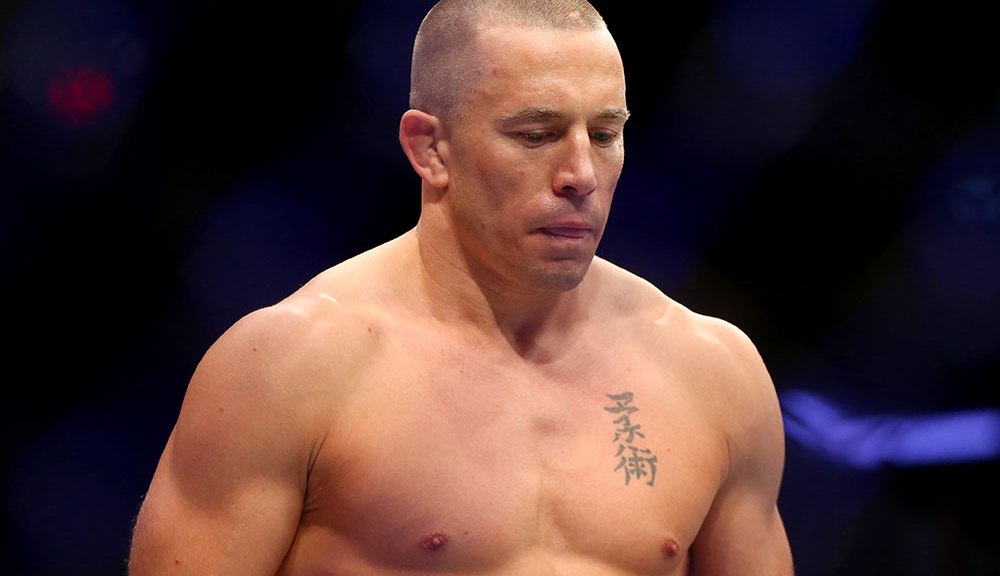 Georges St-Pierre would have loved the opportunity to box one of his favorite fighters.

Though White didn’t specify any details, he was completely dismissive of the idea of working with Triller. St-Pierre retired from mixed martial arts in November 2017 after winning the UFC middleweight title but remains under contract with the promotion, which is why he would need their permission to box for Triller.

St-Pierre admits he’s disappointed to not be able to box De La Hoya, in what would have been a big payday he says was aimed towards a good cause.

“I understand that Dana didn’t want me to fight,” St-Pierre said in an interview with Cinema Blend. “However, it would have been fun. Because my career as a professional fighter, to become the best in the world in mixed martial arts, is done. I’m turning 40 years old tomorrow; I’m going to be 40 years old. It’s a young man’s game.

“However, to rather fight a boxing match under the rules that Triller put on against the legendary Oscar De La Hoya? For me, it would have been a dream come true, because he is my second favorite boxer of all time, behind Sugar Ray Leonard. Plus, a lot of the money made would have been given to charity. So it would have been for a good cause, just to show that we don’t take ourselves too seriously. And it would have been serious competition because you say, I play basketball, I play hockey, but you don’t ‘play’ fighting. It would have been fun.”

Dana White tells Triller executives to stop hounding him: ‘This idiot calls me every day’

Unlike many, it seems, St-Pierre has nothing bad to say about De La Hoya. Though he would have been boxing someone eight years his senior, St-Pierre thinks his youth and athleticism vs. De Le Hoya’s skill would have made for an interesting matchup.

“I don’t have the audacity to pretend that I’m better boxer that Oscar De La Hoya was because when he was in his prime, he’s one of the best that’s ever done it, and I come from a different sport,” St-Pierre said. “But take it now because of where we are in our lives. I think it would have been a good matchup between him and I because he’s older than me. Yeah, of course he has a lot more experience than me in boxing. But I’m younger, I’m a little bit bigger. So I think it would’ve made it a pretty even matchup. It could have been fun.”

Photos: Georges St-Pierre through the years