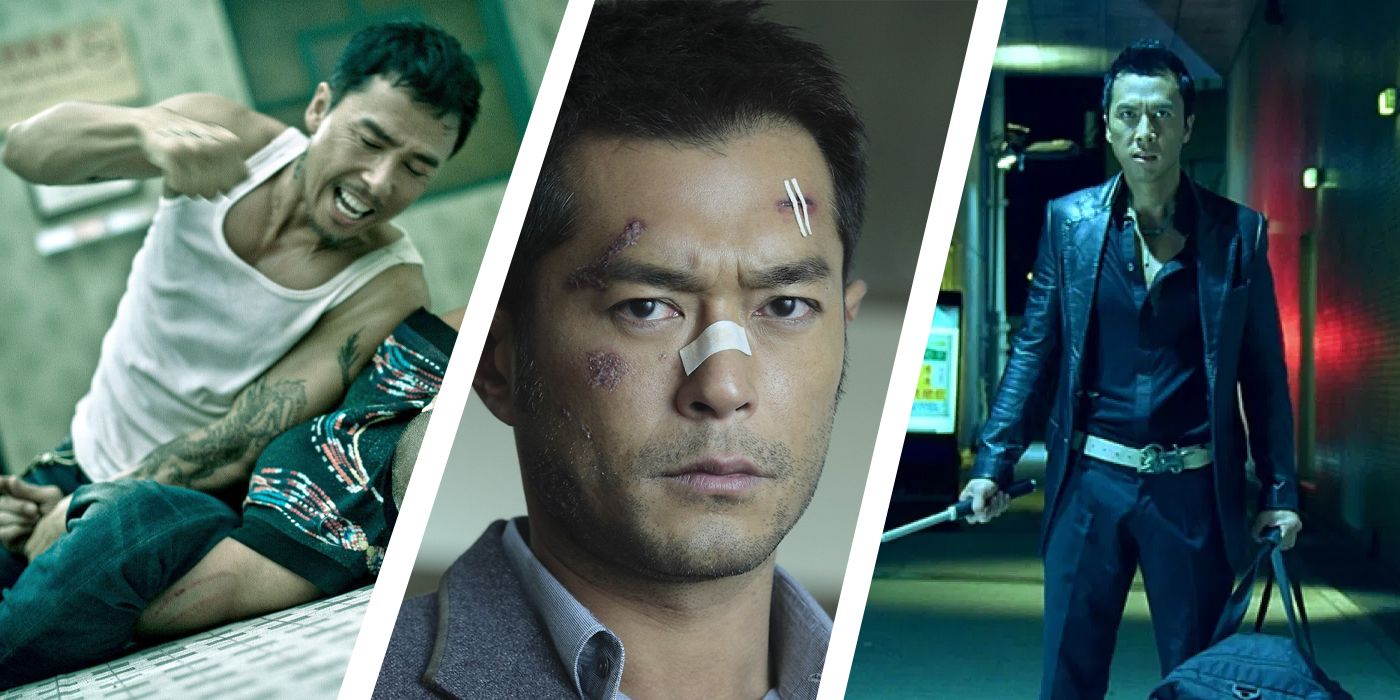 How do Donnie Yen’s MMA-based movies rank from worst to best? Donnie Yen has been a staple of Hong Kong action movies since the 1980s with low-budget hits like In The Line of Duty IV and Tiger Cage, and he finally achieved worldwide superstardom with his portrayal of Bruce Lee’s Wing Chun kung fu mentor in the Ip Man series. Just prior to that, Yen was already on the rise internationally, and it all began with mixed martial arts, or MMA.

A fan of MMA, Yen spearheaded its use in Asian action films, basing the action of 2005’s Sha Po Lang and 2007’s Flash Point around MMA’s integrated blend of combat disciplines. Fast-forward to 2013, and the world again saw what Yen could do as both an action star and fight choreographer in the parameters of MMA action with the movie Special ID. After all of that, Yen boarding John Wick: Chapter 4 can only be described as a fitting crescendo.

Yen’s deep knowledge of martial arts and his charisma as everything from tough guys to sage mentors have helped him craft some of the best battles in modern martial arts films. Yen’s work in MMA-based movies has contributed to the genre’s evolution, and — as Bruce Lee himself championed — Yen’s work has helped movie fights to adapt and flow like water. Here are Donnie Yen’s MMA movies ranked from worst to best.

Donnie Yen’s third MMA-based action movie, Special ID, decidedly also comes in third place, but still largely delivers the goods on what fans of Yen’s innovation in Hong Kong action movies love. Yen plays undercover detective Chen Zilong, determined to infiltrate a Hong Kong Triad gang under the leadership of Xiong, played by Collin Chou, well-known as Seraph in the first two Matrix sequels. His investigation leads him to get in close with an old friend of his and current Triad enforcer, Andy On’s Sunny, with his cover inevitably being blown. The role of Sunny was originally intended for Vincent Zhao, and it’s likely that Special ID would’ve ended up looking quite different had the typically stoic Zhao played the film’s main antagonist over the more loosey-goosey On. Andy On didn’t have the greatest career launch with 2001’s ridiculous superhero movie Black Mask 2: City of Masks, but he’s found his groove playing cocky, rebellious antagonists in movies like True Legend and Once Upon A Time In Shanghai, and he’s the most entertaining character in Special ID as a charismatic, sharp-tongued gangster.

Donnie Yen’s MMA movie mastery remains sharp, with Special ID kicking off with a match between he and Jackie Chan’s Drunken Master II enemy (and former bodyguard) Ken Lo. Chen Zilong’s battle with dozens of knife-wielding Triads is also one of Yen’s better fights with multiple opponents, and home to the best joke in the movie when Chen displays his contempt for his enemies unable to reach him from behind a kitchen window. Yen and On’s climactic overpass smackdown is also a worthy and brutal finale, bringing a crashed car teetering over the edge of the road into play, and worth the admission price for Special ID, particularly with the added touch of Sunny’s wallet flying out of his jacket at one point.

The Donnie Yen MMA movie trifecta hit the ground running and took no prisoners with 2005’s Sha Po Lang (re-titled Kill Zone in the West). Yen portrays Hong Kong cop Ma Kwun, who is tasked with taking down Sammo Hung’s crime boss Wong Po. Yen being a long-time MMA fan, the action scenes of Sha Po Lang were designed as an eclectic blend of disciplines, with fights starting with strikes, descending into grappling, and oscillating between the two in a style of action that had frankly never been seen before in Hong Kong movies. The then-rising Wu Jing, who would go on to make a splash with the Wolf Warrior movies (especially Wolf Warrior 2), also steals the spotlight as the knife-wielding assassin Jack; he and Yen going nuts in a stick-versus-knife alley fight is everything Hong Kong action movie fans live for. This very sequence would later be cleverly flipped in the 2015 spiritual sequel SPL 2: A Time for Consequences, with Wu Jing now a hero and wielding a nightstick against his blade-throwing enemy.

Sha Po Lang also delivered on the Donnie Yen versus Sammo Hung showdown that Hong Kong movie lovers had waited for ages to see. Hung is cold as ice as Wong Po, but amid his and Ma’s duel, Sha Po Lang also humanizes him a bit when Ma momentarily loosens his grip around Po’s neck, allowing him to speak to his wife on a cell phone. Sha Po Lang doesn’t exactly end on a happy note, but it showed Donnie Yen’s predilection for changing the game of, and raising the bar for, martial arts in action movies — a fairly regular occurrence in his impressive career.

A year before he finally conquered the world in the first Ip Man, Donnie Yen showcased MMA action to its absolute peak in Flash Point. The basic template of Yen playing a Hong Kong cop in pursuit of gangsters and crime bosses in his MMA movies hold true in Flash Point, with Yen now playing Detective Ma Jun and being hot on the trail gangster brothers Archer, Tony, and Tiger, respectively played by Ray Lui, Collin Chou, and Shi Yan Neng (credited as Xing Yu). Many erroneously first took Flash Point to be a prequel to Sha Po Lang, Yen again playing a character named Ma and both set in the late ’90s prior to the end of British rule over Hong Kong, but Flash Point soon made clear that Yen’s MMA films were an anthology connected by their shared approach to the action scenes. And of the three, none hit harder than Flash Point.

Orchestrated by frequent Yen collaborators Kenji Tanigaki and John Salvitti, Flash Point‘s action scenes are harsh ballets of blood, fists, chokes, sweat, and pain. The movie makes a point of Ma’s bad temper being his Achille’s Heel, and his marketplace battle with Tiger sees everything he’s held back finally unleashed so much that one might almost find themselves pitying the very gangster who just tossed a child onto concrete. What really made Flash Point mandatory viewing for action fans was the final battle between Ma and Tony. Yen and Chou’s graceful kicks and agility are balanced by the ferocity of the fight itself, and the audibly tightening grip of Yen’s grappling techniques and the finale of Flash Point makes for simply an unforgettable cinematic moment on every level. With Flash Point, Donnie Yen helped cement MMA in Asian action movies, and it remains the best Donnie Yen MMA movie to date, though with his skill for outdoing himself, Flash Point being one day dethroned isn’t out of the question.

Growing up, Brad developed an innate love of movies and storytelling, and was instantly enamored with the world of adventure while following the exploits of Indiana Jones, Japanese kaiju, and superheroes. Today, Brad channels his thoughts on all manner of movies, from comic book films, sci-fi thrillers, comedies, and everything in between through his writings on Screen Rant. Brad also offers philosophical musings on martial arts and the filmographies of everyone from Jackie Chan to Donnie Yen on Kung Fu Kingdom, where he’s also had the privilege of interviewing many of the world’s great stunt professionals, and hearing plenty of gripping stories on injuries incurred in their line of work and the intricacies of designing the acts of death defiance he first thrilled to as a youngster. When he’s not writing, Brad enjoys going on a ride with the latest action hit or Netflix original, though he’s also known to just pop in “The Room” from time to time. Follow Brad on Twitter @BradCurran.

The Michigan Institute of Athletics