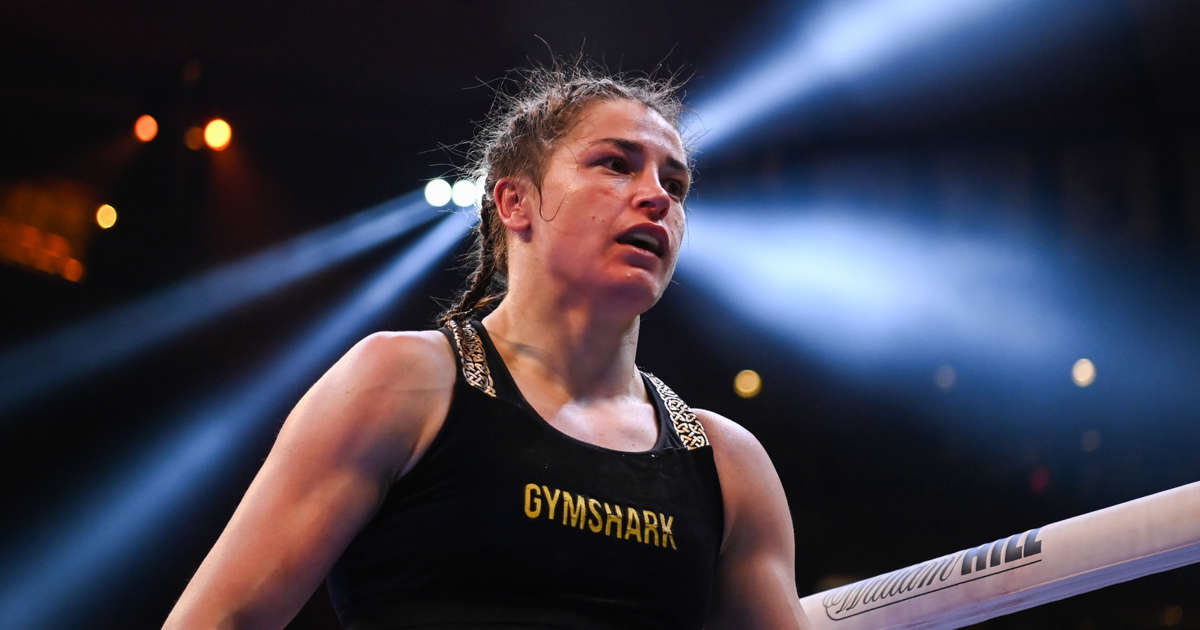 Eddie Hearn said that Katie Taylor’s win over Amanda Serrano was ‘one of the best fights in boxing history.’

The Matchroom head had long harboured ambitions of pairing his fighter Taylor with Puerto Rican rival Serrano, and with the assistance of MVP’s Jake Paul, the four put on a huge night of boxing.

35-year-old Irish undisputed lightweight champion Taylor looked to be in trouble at the outset but rallied convincingly to at least be back in contention for the decision, and ultimately won by split decision.

The last round may go down in history with the pair of them slugging it out, desperate to gain a decisive edge over their respective opponent.

Such was the quality of the fight, that Hearn told the BBC that, “We just saw one of the best fights in boxing history at the mecca of boxing. Unbelievable.

“What a performance. What heart from both girls. Just the most stunning fight I’ve seen. To see it here at MSG, in this kind of environment, amazing.”

Both fighters and their promoters appeared keen to set up a rematch, potentially for later this year, and Hearn praised his fighter and explained his wish for a second match-up.

“She’s one of the biggest legends in Irish sport,” Hearn said.

“Not to fight in Ireland would be such a huge shame. We’ll see what happens but we’d love to run that back in Ireland. Give her a homecoming.

“It was a close fight. I thought she won it by a round or two, or maybe a draw, but I didn’t feel like Serrano won the fight but I could see the draw.

“I was so pleased to see her win but we have to run that back because it was so good.”