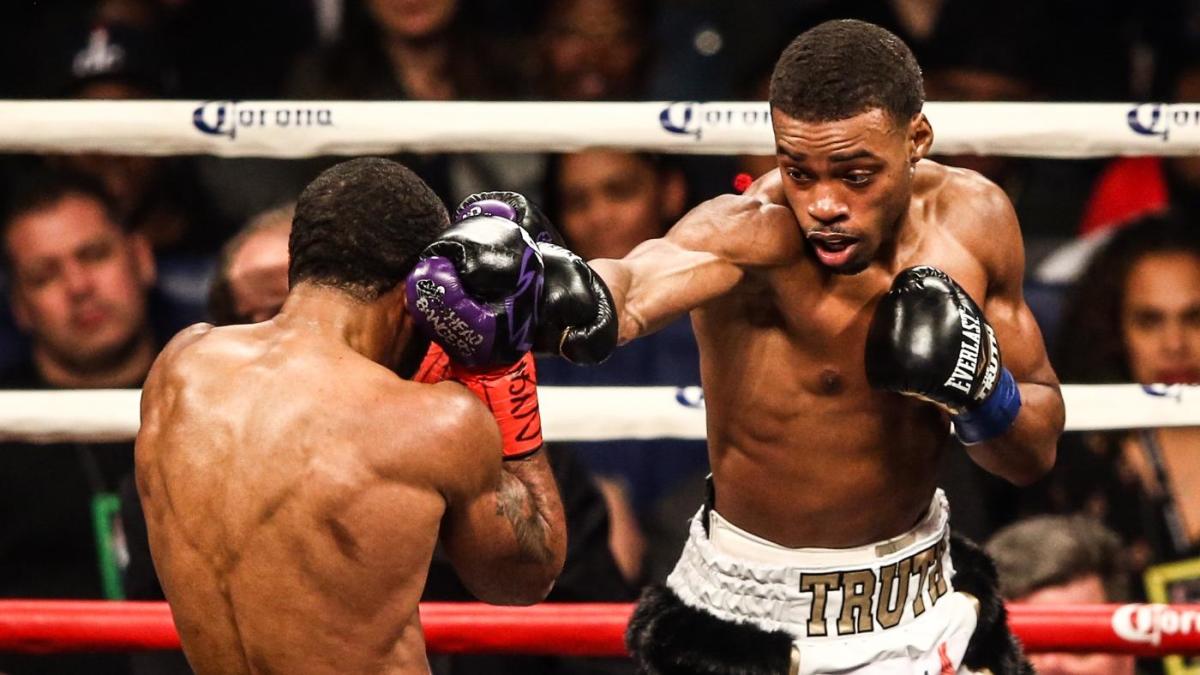 One of the most anticipated boxing matches of 2022 takes place Saturday as undefeated welterweight champion Errol Spence Jr. takes on fellow title holder Yorgenis Ugas in a 12-round main event. The pay-per-view portion of the main card is set for 9 p.m. ET from AT&T Stadium in Arlington, Texas. The venue is near Spence’s adopted hometown of Dallas, and the two-time champion hopes to enhance his legacy by adding a third belt. Spence holds the IBF and WBC versions of the welterweight crown, while Ugas brings the WBA belt to the table. Ugas kept his belt by pulling a massive upset of iconic challenger Manny Pacquaio last year.

Spence is a -650 favorite (risk $650 to win $100), while Ugas comes back at +475 in the latest Spence vs. Ugas odds from Caesars Sportsbook. The over-under total for completed rounds is 11.5, with the over priced at -240 and the under listed at +200. Before making any Spence vs. Ugas picks, make sure you check out the boxing predictions and betting advice from SportsLine combat sports analyst Brandon Wise.

Wise, who is the combat sports editor for CBS Sports, is an experienced boxing and mixed martial arts analyst who has consistently provided winning selections for SportsLine members. He is coming off an impressive 2021 campaign that saw him hit numerous boxing selections in big-time matchups.

For example, last November, he accurately called a stoppage between rounds No. 10 and 12 for Saul “Canelo” Alvarez against Caleb Plant in their super middleweight unification bout. The proposition selection paid +450, and Wise also correctly called the fight to go over 9.5 rounds (-125) as Alvarez stopped Plant in Round 11. His strong 2021 portfolio also included calling Jamel Herring (+105) to upset Carl Frampton (-125). Anyone who has followed Wise’s combat sports picks has seen massive returns.

Now, with Saturday’s mega-fight in sight, Wise has studied Spence vs. Ugas from every angle and identified the best value in the boxing odds. You can see his confident prop bet and money-line picks at SportsLine.

Perhaps a central motivating factor for Spence (27-0) to win in memorable fashion is the possibility that it could set up a welterweight unification fight against Terence Crawford, who holds the WBO version of the welterweight title.

Boxing fans have been clamoring for a Spence-Crawford matchup for years, as it’s easily the biggest fight that could be made in the current era of boxing between two undefeated and gifted champions. However, disagreements between promotional outlets seemed destined to doom this potential mega fight and leave frustrated fans wondering what might have been.

But there is now newfound hope for the matchup after Crawford left Top Rank after his last fight and is now a free agent. Crawford is likely to sign with an outfit that will endeavor to make a unification bout against Spence a reality. Spence told the media this week that he isn’t looking past Ugas, but that the notion of a matchup with Crawford adds incentive for him to perform well Saturday.

“It wasn’t my first thought,” Spence told boxing outlet DAZN. “But talking to my manager, the people he’s dealing with now, I think it’s a lot easier to be made. We’ll see what happens after the Ugas thing, if I have the three belts.”

One factor working in Ugas’ favor is that there are many components of his style that are similar to those of Shawn Porter, who pushed Spence to a split decision in September 2019. Both Ugas and Spence have been known to close the distance and use effective punching in the clinch to slow down their opponents.

However, while Porter, who has since retired, was known for his reckless and relentless brawling with little regard to defense, Ugas uses accurate and powerful punching on the inside to win rounds and inflict damage on his opponents.

Ugas (27-4) did this masterfully against Pacquaio, who was believed to be the quicker, stronger and more athletic boxer. He landed 151 out of 405 punches against Pacquaio, who countered by landing 130 shots in 815 attempts. Ugas also is known for a powerful right hand that southpaws such as Spence are vulnerable to, and Porter landed his share of such punches.

“Spence is a respectful fighter and we have nothing against each other outside of the ring, I’m just ready for action,” Ugas told the media this week. “I’m a competitor, I’m a warrior and I came to fight 12 rounds strong. That’s the most important thing of all. That alone should make Spence uneasy.”

How to make Spence vs. Ugas picks

Wise likes the fight to go over 11.5 rounds at a price of -240 in the latest boxing odds. He’s also made the call on a method of victory prop and a money-line pick. You can only see those boxing picks at SportsLine.

Who wins Spence vs. Ugas? And which prop is a must-back? Visit SportsLine now to see Brandon Wise’s best bets for Saturday, all from the CBS combat sports specialist who crushed his boxing picks in 2021, and find out.