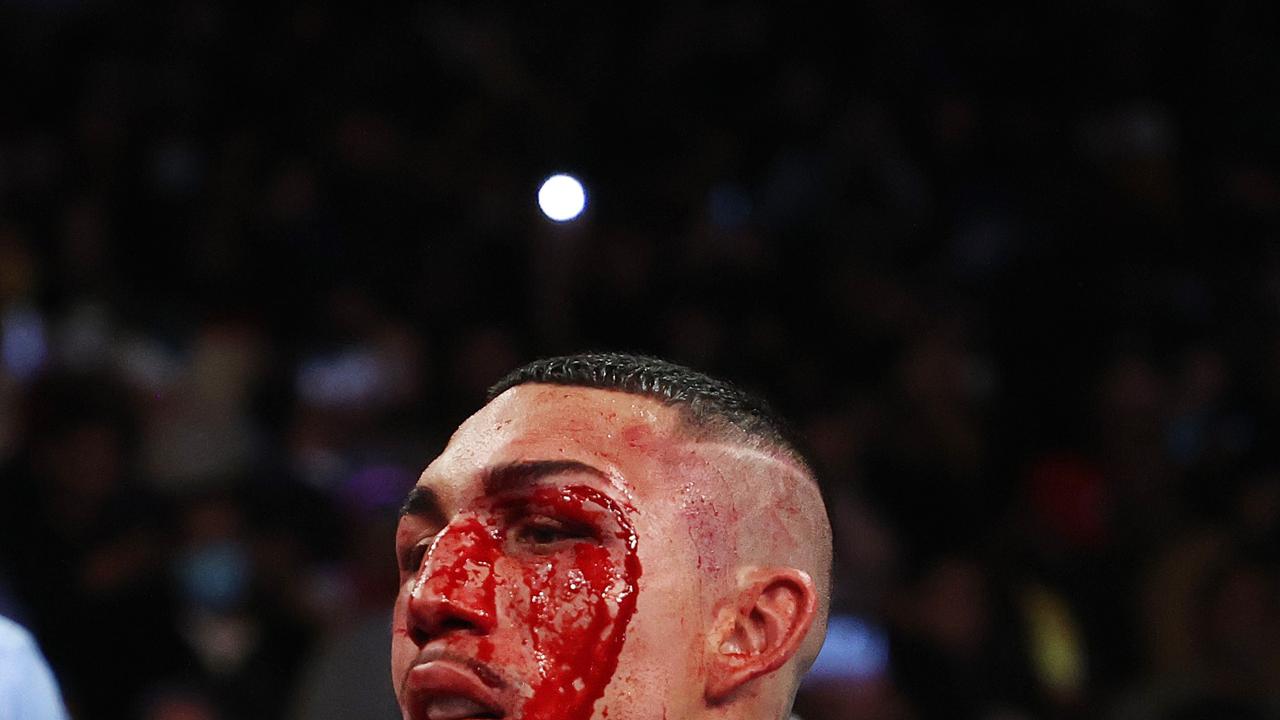 Teofimo Lopez was mocked for claiming he won his fight with new Aussie world champion George Kambosos Jr. and now his father has doubled down in stunning fashion.

“He’s a hell of a fighter, but I won tonight, everybody knows that,” Lopez said to a flurry of boos.

That, of course, did not go down well both in Australia and in the United States, with Lopez criticised for not giving Kambosos Jr. the credit he deserved.

If the Australian was waiting of Lopez’s father to correct his son’s behaviour, the opposite happened.

In fact, Lopez Sr. was even stronger in his belief that his son should have had his hand raised, going as far as to claim Kambosos Jr. did not win a single round.

“Everybody knows (Teofimo) won that fight,” he told SecondsOut.

“Everybody knows that. I had it 10-2, 9-3. Everybody was just upset, they booed the decision in the Madison Square Garden so we just got to keep on living and do big fights and selling out arenas like we did tonight.

“We sold out the Madison Square Garden on the vaccination time, when you gotta be vaccinated to get inside. So at the end of the night the whole arena was upset at what happened and I don’t blame my son for nothing.”

Kambosos Jr. ambushed the titleholder early, scoring a knockdown in the first round and proving that it is dangerous to underestimate an underdog.

When asked whether his son learned anything in the upset loss, Lopez Sr. again took the opportunity to criticise the result.

“I told him a lot: ‘From now on we’re just gonna stay quiet and not mention no names’.

“We’re just gonna keep on doing what we’re doing. My son is still the best in the planet. We didn’t get knocked out, we was never hurt in the fight, we brought it back to this guy and everybody knows.

“Madison Square Garden was booing this s***. He won every round. I’ll probably give him [Kambosos] two rounds including the knockdown.

“I taught him to win every round by touching every two seconds. Every two seconds he was touching him. There’s no way in the points system this guy won a freakin’ round. And that’s just the way it is.

“To me he won unanimous but you can put it at 10-2, 9-3 because of the knockdown. And he just slipped, it was like a flash knockdown. There’s no way this kid beat us.”

In saying that, Lopez Sr. is adamant he and his son will not be seeking a rematch with the Australian.

“It was a complete robbery, we dictated the fight from the beginning, aggressively, taking all those points. Everybody in the world knows what happened, everybody’s saying he won 9-3, 10-2, the whole arena saw it and it was just disgusting.

“I could not believe what they just did to us. But you know what, they just stained us.

Lopez Sr can say all he wants but Kambosos Jr is the one who has now taken the boxing world by storm and even the official scorecards proved the Australian was up against it.