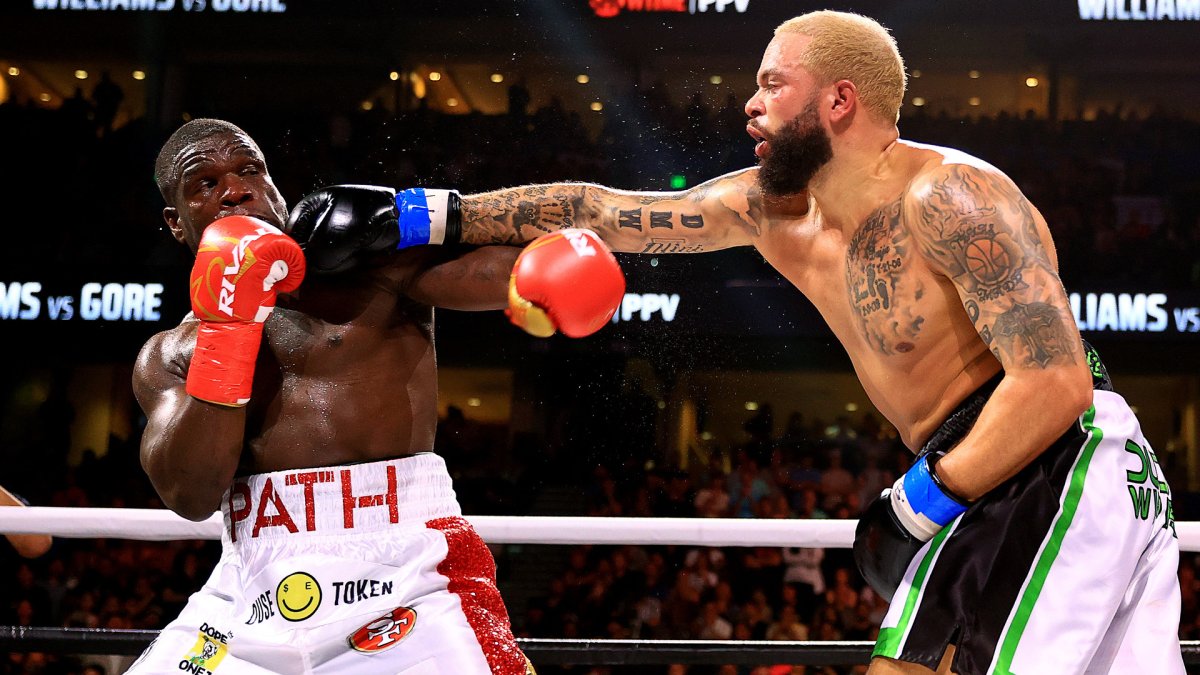 The former NBA and NFL stars were each making their professional boxing debuts, fighting on the undercard of Jake Paul versus Tyron Woodley.

The highlight of the bout came during the second round, when the former NBA point guard shoved the former NFL running back out of the ring:

After the match, Williams said he was “one and done” with boxing.

“I’m gonna go sit my old dumba** down somewhere and let these professionals do their s***,” Williams told Showtime’s Ariel Helwani. “I just wanted to prove to myself that I can get out here and do this.

“Hats off to Frank. He had a dream, he had a goal. We came out here, both of us, and did it. So in my mind, we’re both winners tonight.”

Unlike Williams, Gore didn’t immediately rule out the possibility of boxing again.

“We’ll see,” Gore said. “I had fun tonight. I’m gonna go back and talk with my team to see what I’ve got to learn. I know I’ve got to learn when I’m grabbing, punch to get out. But other than that, I think I did good.”

The 37-year-old Williams made two All-NBA teams and three All-Star teams over his 12-year career, where he played for the Utah Jazz, Brooklyn Nets, Dallas Mavericks and Cleveland Cavaliers.

Gore, 38, played 16 seasons in the NFL, making five Pro Bowls and rushing for the third-most yards of all time (16,000). He spent the majority of his career with the San Francisco 49ers, while also suiting up for the Indianapolis Colts, Miami Dolphins, Buffalo Bills and New York Jets.

Here were some of the best Twitter reactions to the match:

Deron Williams owns part of Fortis MMA and has been training in boxing/MMA for years. That dude does not mess around.

Lol I respect Deron Williams honesty good fight! Frank Gore did good too! Both guys are so cool!!! Great experience for both!

Good Fight. I have a ton of respect for Frank Gore and Deron Williams.

Deron Williams and Frank Gore are in the top 1% of athletes in the world even now. Both put an incredible amount of work in and they were absolutely gassed by end of 4-round bout. Boxing is one of the hardest things you can do.

Deron Williams may have won the fight but Frank Gore became a meme.