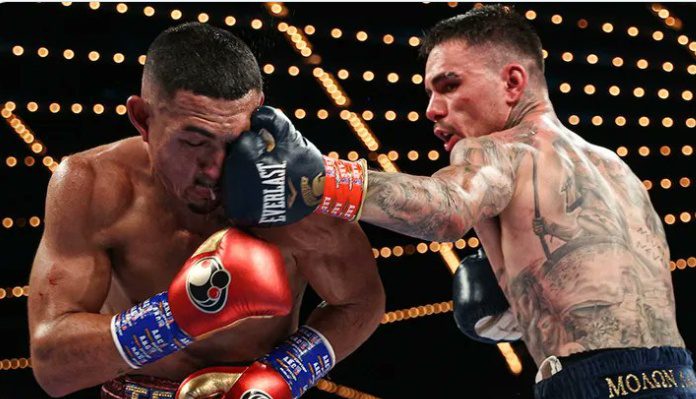 Less than two weeks ago, George Kambosos Jr. shocked the boxing world when he defeated Teofimo Lopez to capture the WBA (Super), IBF, WBO, and The Ring lightweight titles. It was the kind of win that changed everything we thought we knew about the weight class, even though the champion himself probably felt like this was a long time coming.

Now, the 28-year-old Australian has teased a shift over to MMA – and he may enlist the help of his fellow countryman Alexander Volkanovski to help him make the transition.

“I’m a very good fan of the UFC. I love the sport, I love combat sport. And me and Alex have a good relationship as well. He’s been supporting me, I’ve been supporting him, and I said I’m going to come back with all these belts — obviously, he’s the UFC featherweight king and I’m the lightweight king, and we’re going to help each other. And how good would that be?

“We’re going to organize that when I get back and we’re going to do a few things together, and like I said, sharpen up. His hands are super sharp already, but a little bit more always helps. And he’s going to sharpen up my inside game and my clinch game. And who knows, you might see me make my UFC debut in the near future. He might be boxing real soon. You never know.”

Can you picture George Kambosos Jr. making the jump over to mixed martial arts? If so, do you think he could be a success story in the UFC? Let us know your thoughts on this crossover and his relationship with Volkanovski down in the comments, BJPENN Nation!

This article appeared first on BJPENN.COM