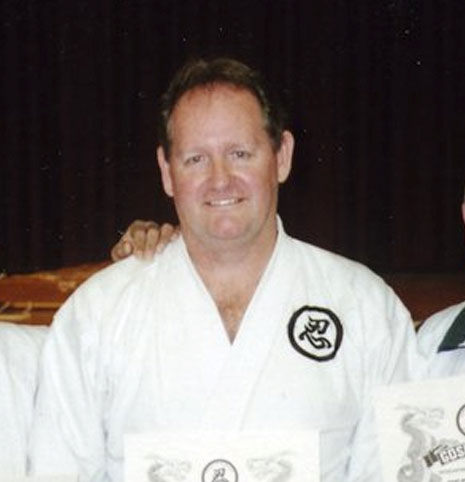 Shihan Ian Thomas 6th dan, Regional Instructor, Riverina Karate Regional Coach, NSW Karate Federation. Riverina Karate was introduced into Wagga Wagga over twenty-five years ago by Ian Thomas (B.Ed). Ian had commenced training in karate in Sydney’s western suburbs in 1982. Upon transferring to Wagga Wagga, Ian set up classes at the PCYC in 1986. Having now trained for over thirty years Ian has accumulated numerous achievements in development of his students, the sporting field and in developing his own experience. He has developed his own skills by training with such luminaries as the Gracie Brothers, Fumio Demura, Tadashi Yamashita, Patrick McCarthy, John Will, Vince Morris, Tino Ceberano and Chan Cheuck Fai. In the sporting field Ian found his niche in coaching Kumite helping to develop a number of state, national and international representatives and champions.