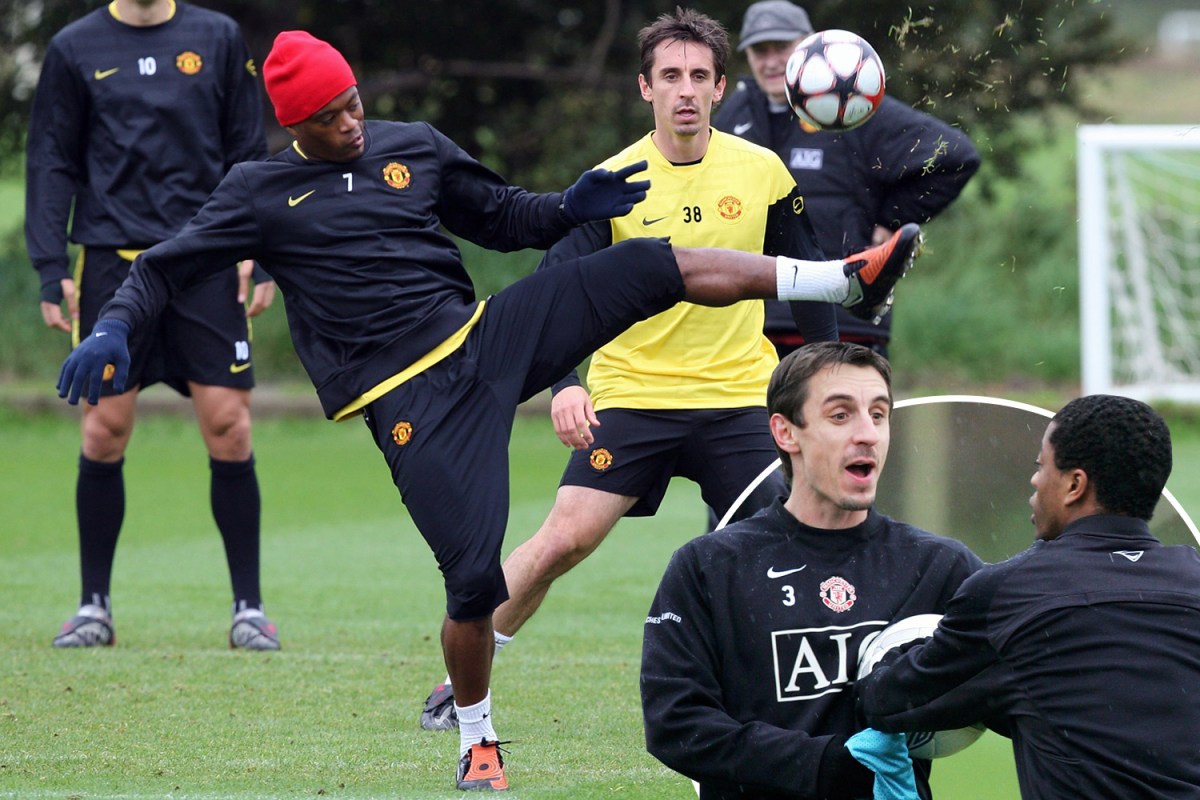 Neville left one in on the Frenchman on the training ground and refused to say sorry when asked for one by Evra.

The pair are good friends despite the training ground incidentCredit: GETTY IMAGES

And the snub from Neville rubbed Evra the wrong way, so much so he ‘tackled him on his throat’.

Evra told talkSPORT: “I had such a great relationship with Gary. When I arrived, he was the one coming with me, showing me around to find a house. What a great captain.

“So the next ball, 20 seconds later, it was long diagonal, he controlled the ball with his chest and I just did like a Bruce Lee movement.

“I tackled him on his throat and he nearly did a back flip and broke his neck.”

He continued: “Ferguson stopped the training session. Everyone was in. Wayne Rooney said, ‘You’re crazy! He could’ve died the way he fell’.

Then Gary came inside the dressing room and was saying, ‘What, are you crazy?!’

“I was calm, so they were all like, ‘This guy, the way he’s really calm, he’s really dangerous’, and I got so much respect after that.

“But I love Gary, and he loved loved me because of the way I spoke about United. He said I was like a Mancunian.

“Gary is really simple, if you love Man Utd, he will be your best friend.”