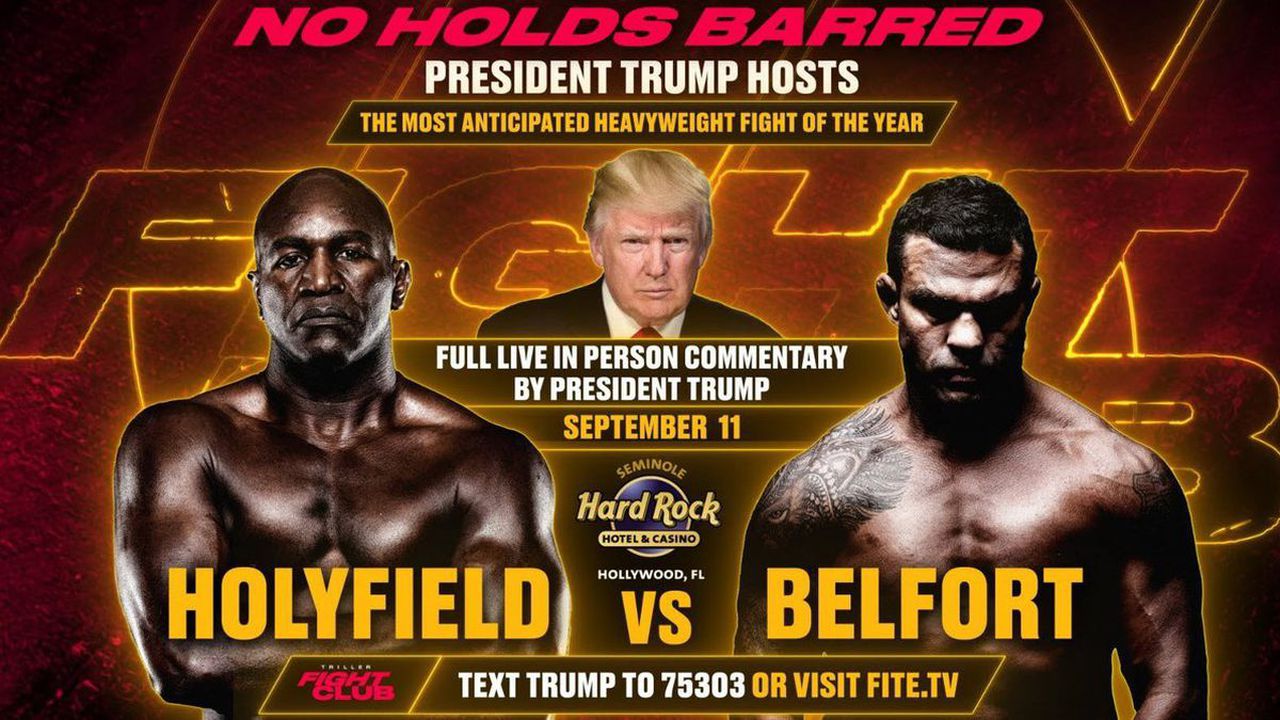 MIAMI, Fla. — If seeing a 58-year-old boxing legend take on a 44-year-old former MMA champion wasn’t enough of an odd spectacle for you, how about watching former president Donald Trump call the fight?

That’s what viewers will get Saturday night when Evander Holyfield takes on Vitor Belfort live on FITE TV pay-per-view. One version of the pay-per-view will feature Trump providing “No Holds Barred” commentary.

Coverage of the pay-per-view begins at 7 p.m. There is a version of the event you can order without Trump’s commentary. Saturday’s show will also feature MMA legends Anderson Silva and Tito Ortiz in a boxing match. Silva scored an upset win over Julio Cesar Chavez Jr. this summer.

There is some real boxing as well. In one of the early bouts, Andy Vences will take on Jono Carroll. The winner of the 130-pound bout will likely move into contender status in the weight class.

As for the main event, Belfort was originally supposed to take on Oscar De La Hoya. However, De La Hoya contracted COVID-19. That opened the door for Holyfield whose June fight against Kevin McBride fell through.

Trump’s involvement was announced this past week. His presence has proven controversial to some given that he’s a former president participating on a day that marks the 20th anniversary of 9/11.

The pay-per-view is put on by Triller Fight Club, which means music will be involved. Brazilian Pop-Superstar Anitta, Cuban group Gente de Zona and Latino superstar Lunay will all be performing in between bouts.

Saturday’s event will stream live on FITE TV pay-per-view starting at 7 p.m. The cost of $49.99 for both the version featuring Trump’s commentary or the version without it.