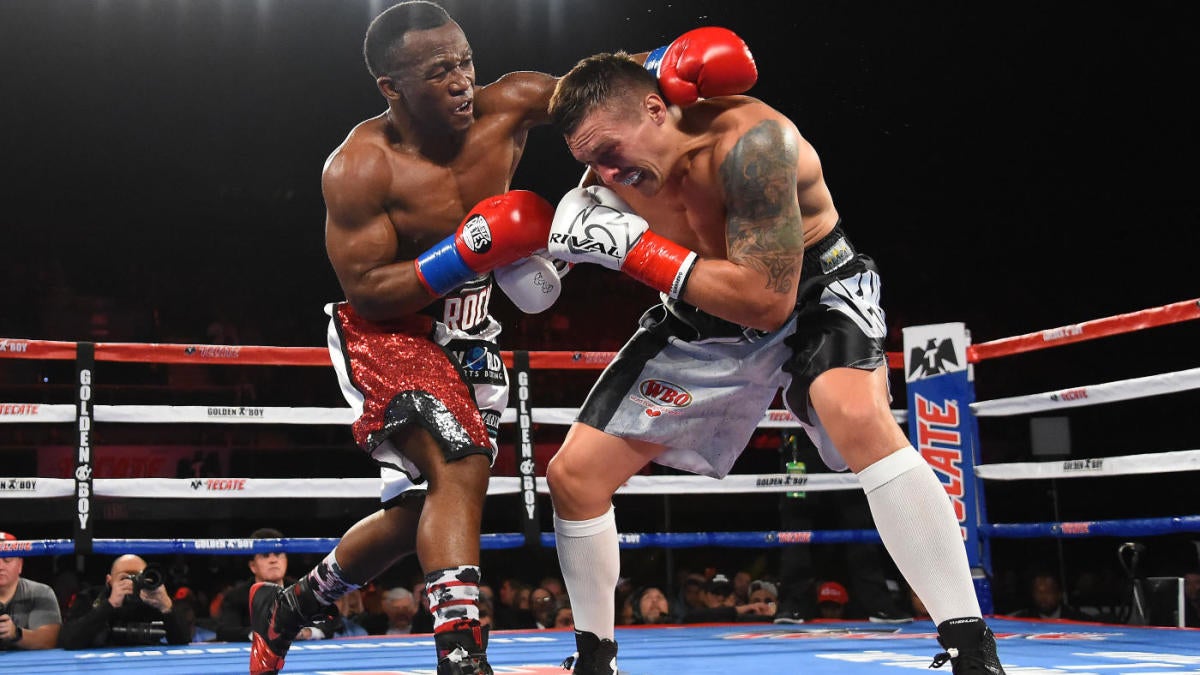 Ilunga “Junior” Makabu and Thabiso Mchunu both appeared fit and ready for battle at the weigh-ins ahead of their Saturday clash for Makabu’s WBC cruiserweight title. The 12-round championship main event headlines the pay-per-view card at Packard Music Hall in Warren, Ohio. The main fight card is scheduled for 8 p.m. ET. On Friday, the combatants hit the scales and both came in under the cruiserweight limit of 200 pounds. Makabu, the reigning champion, tipped the scales at 197 pounds, while the challenger Mchunu registered 198.5 pounds. The boxers then exchanged a few words before promoter Don King moved in to separate them. Makabu and Mchunu met once previously, with Makabu winning by stoppage in Round 11 of their May 2015 fight.

Caesars Sportsbook lists Makabu as a -135 favorite (risk $135 to win $100), while Mchunu is priced at +115 in the latest Makabu vs. Mchunu odds for Saturday’s 12-round main event. The over-under for total rounds completed is 10.5, with the over favored at -125 and the under listed at +105. Before making any Mchunu vs. Makabu picks, make sure you check out the boxing predictions and betting advice from boxing insider Brian Campbell.

Campbell is the CBS Sports senior insider for all things combat and widely considered one of the most knowledgeable boxing analysts working today. His resume includes working as a host and analyst on Showtime boxing cards and he also co-hosts the popular Morning Kombat podcast with fellow CBS combat expert Luke Thomas.

Campbell has a documented history of winning boxing selections and is coming off another profitable year in 2021. The highlights included specifically calling for a third-round stoppage by Canelo Alvarez against Avni Yildirim last February. He also predicted a stoppage in Rounds 10-12 for Alvarez against Caleb Plant in November and Alvarez delivered in Round 11. Anyone who has consistently followed Campbell’s boxing picks already has seen massive returns.

Now, with Saturday’s rematch approaching, Campbell has studied Makabu vs. Mchunu 2 from every angle and identified the best value in the boxing odds. You can only see his coveted prop bets and money-line picks at SportsLine.

Mchunu (23-5, 13 KOs) told the media this week that he believes the ring experience and maturity he has gained since the first matchup with Makabu (28-2, 25 KOs) will be the difference in the rematch Saturday.

He had success in the first bout by pressuring Makabu and landing a high volume of punches, figuring the opportunity for a finish would present itself. Instead, he fatigued down the stretch and Makabu capitalized with the late finish. Even so, Mchunu led on the scorecards at the time of the stoppage and he believes a more patient approach will pay off this time around.

Mchunu was also stopped two fights later by Oleksandr Usyk, who has since become the unified heavyweight champion. Mchunu said those defeats forced him to be more defense-minded and use his strong boxing fundamentals to outduel his opponents.

“Because he was so easy to hit, I went for the KO and made it hard for myself down the stretch,” Mchunu said. “I need to be disciplined throughout. If I use my boxing skills, I know I’m the better boxer, which can lead me to victory this time around.”

Although Makabu has won nine consecutive fights, few have come without the WBC cruiserweight champion facing serious adversity. He overcame obstacles in the first matchup with Mchunu more than six years ago, dropping the majority of the first 10 rounds and trailing on the scorecards before coming on strong for a finish in Round 11.

Makabu’s recent fights have followed a similar trajectory as he found himself in serious jeopardy in each of his last three performances before rallying to come out with his hand raised. Against Alexei Papin in August 2019, Makabu fell behind early against his aggressive opponent and had to counter with a couple of dominant late rounds in order to pull out a razor-thin majority decision.

In January 2020, he was nearly finished in the third round by Michał Cieslak, but what appeared to be a timing error caused the round to end nearly a full minute early. Makabu again rallied late and earned a tight but unanimous decision in the 12-round fight.

Moreover, in his last fight against Nigerian brawler Olanrewaju Durodola, Makabu took the worst of it for the majority of the first six rounds and appeared to be in trouble on a couple occasions. The champion rallied again and stopped Durodola with an unanswered flurry in the seventh round.

How to make Makabu vs. Mchunu 2 picks

Campbell likes the under 10.5 rounds at a price of +105 in the latest Makabu vs. Mchunu odds. He’s also found a critical x-factor that has him jumping all over one side of the money line. You can only see his picks at SportsLine.

Who wins Thabiso Mchunu vs. Ilunga Makabu 2? Visit SportsLine now to see the best bets for Saturday, all from the CBS combat sports specialist who crushed his boxing picks in 2021, and find out.