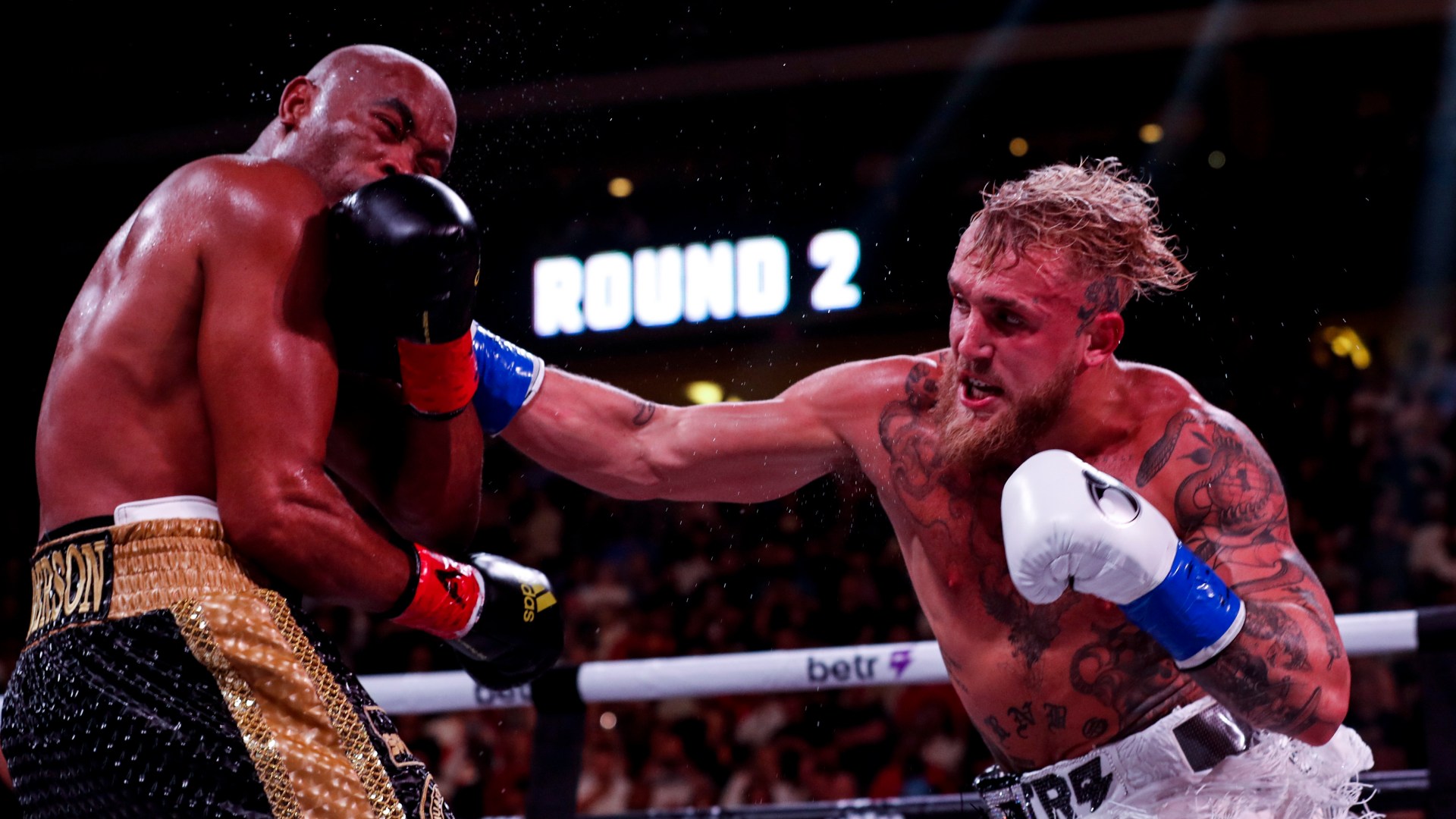 Logan Paul has performed a U-turn and is now keen on an MMA fight with Andrew Tate after admitting he would like to “f**k him up”.

Paul previously pulled the plug on a potential clash with Tate after the American-British fighter was banned from social media for his controversial views on women.

The WWE superstar claimed he didn’t want to give the kickboxer a platform but now seems to have changed his mind.

The 27-year-old claims he would love to “turn his face inside out” and would even be open to facing Tate inside the Octagon.

However, a potential fight might take a while as the YouTuber is scheduled to challenge Undisputed WWE Universal Champion Roman Reigns at Crown Jewel this Saturday.

Paul said during an interview with UFC star Sean O’Malley: “I have said what I said that I didn’t feel like platforming him.

“But then this motherf****r starts talking a lot of s**t. And maybe I would take the opportunity to platform him for one night and turn his face inside out.

“Have him wheeled out on a stretcher with his brother holding his hand in an ambulance. The thought of that is compelling and I like the idea of f*****g up Andrew Tate.

“So maybe I will take it back and I will fight Andrew Tate. I take back what I said and I am man enough to say I made a mistake when I said I wouldn’t platform him I would do it.

“He has been talking s*** online, he said that he would fight me for free so I got excited.

“So I text his agent and said, ‘He said he would fight me for free it sounds like a money day for me’. So he rang him up and it turns out he wants two warm-up fights.

“I was pushing for it this would be fantastic. I thought maybe we could forego those warm-up fights and do it. But then the agent replied and said ‘if you want to fight him Whatsapp him directly’.

“I have a solution, why don’t we do something that neither of us have done? An MMA fight between me and Tate in the UFC. Me vs Tate in the Octagon. I am giving him options.”