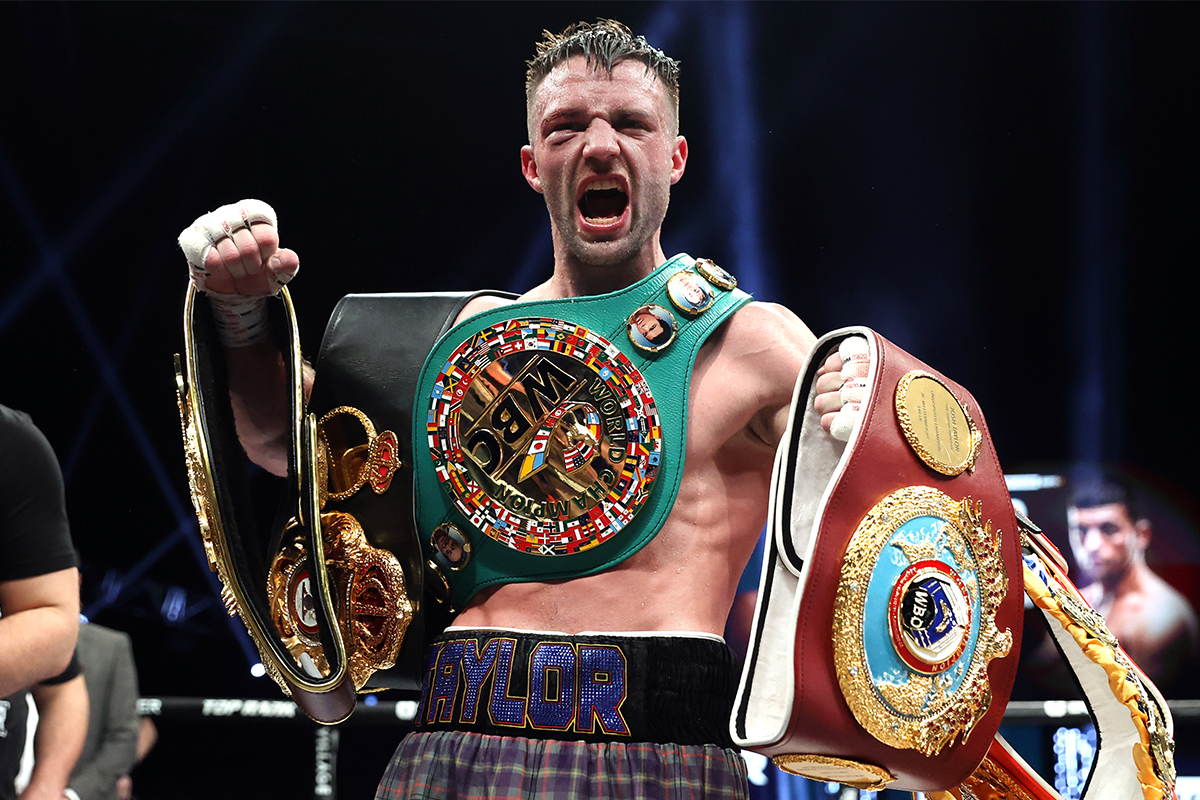 The challenger boxed masterfully and scored a knockdown, but did not get the credit from the judges who instead awarded the champion the victory. 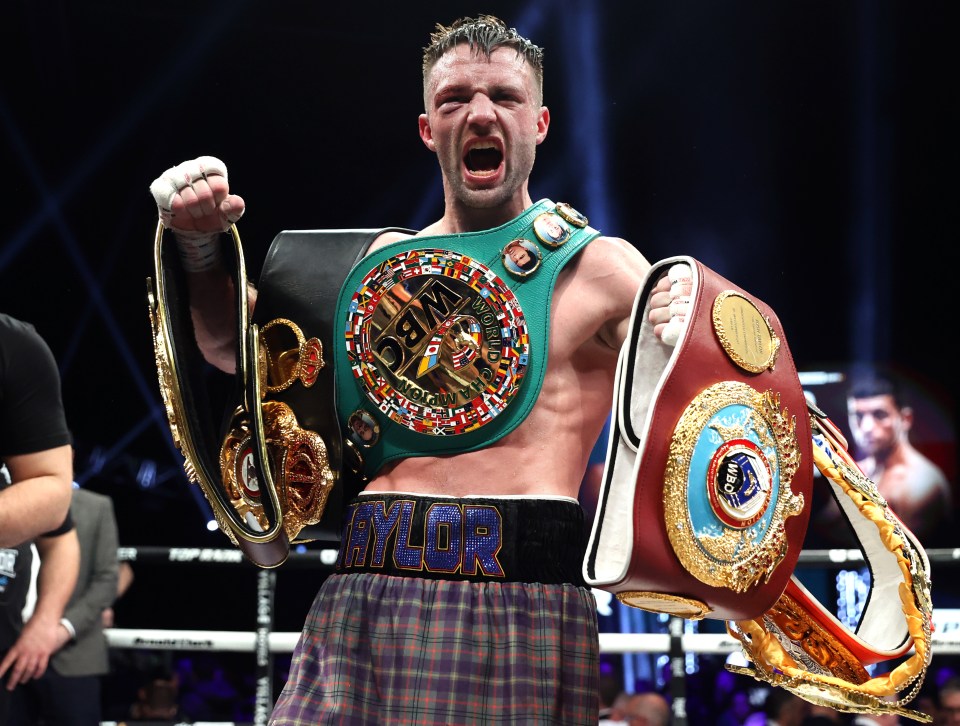 Taylor got the win, but it was very controversial

The fight began with a sweet left hand from the challenger, with the champion having to step back within the opening 20 seconds.

Catterall started well with a positive opening round and was not overawed by the occasion.

Taylor responded at the start and end of the second, but Catterall continued to frustrate him by smothering a lot of his work with clinches.

In round three, the Englishman had further success with a series of accurate left hands troubling the Scot, who struggled to land clean.

The fourth saw slight improvement for Taylor, though Catterall remained largely elusive and was consistent with his combinations.

The champion’s struggles continued in round five, while the challenger thrived. 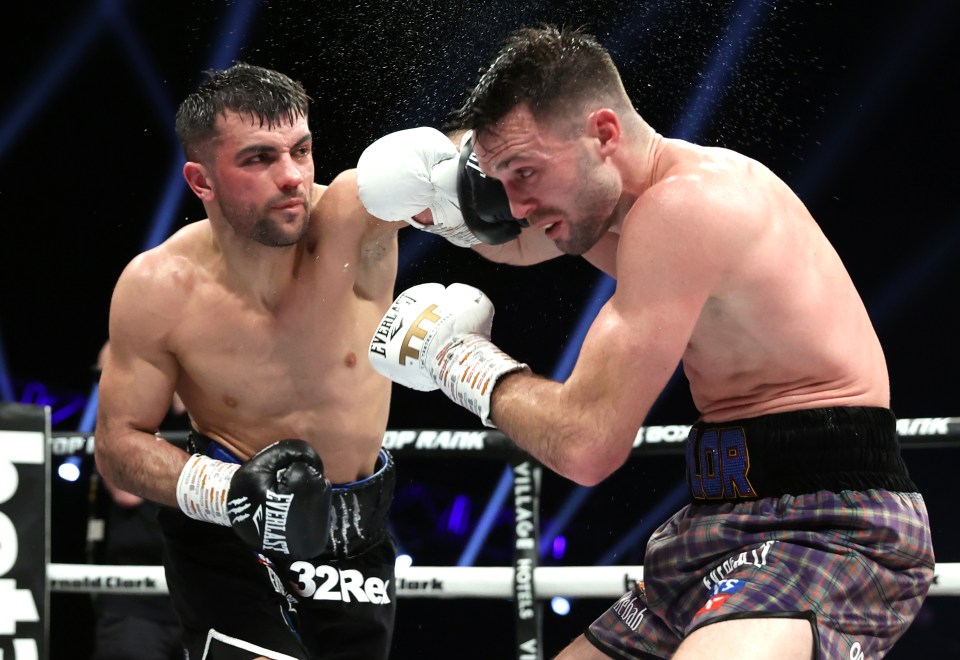 As they hit the midway point, Catterall seemed to be way ahead while Taylor was cut under his right eye.

The home fighter rallied in the seventh as he cornered his opponent and forced him to fight up close.

However, Catterall quickly regained control by scoring a knockdown early in round eight.

Taylor was stunned by a sensational combination of left hooks, but rose to his feet and battled back as his home fans roared him on.

In the ninth, the champion continued his fightback with a sustained body attack which appeared to be taking its toll on the challenger. 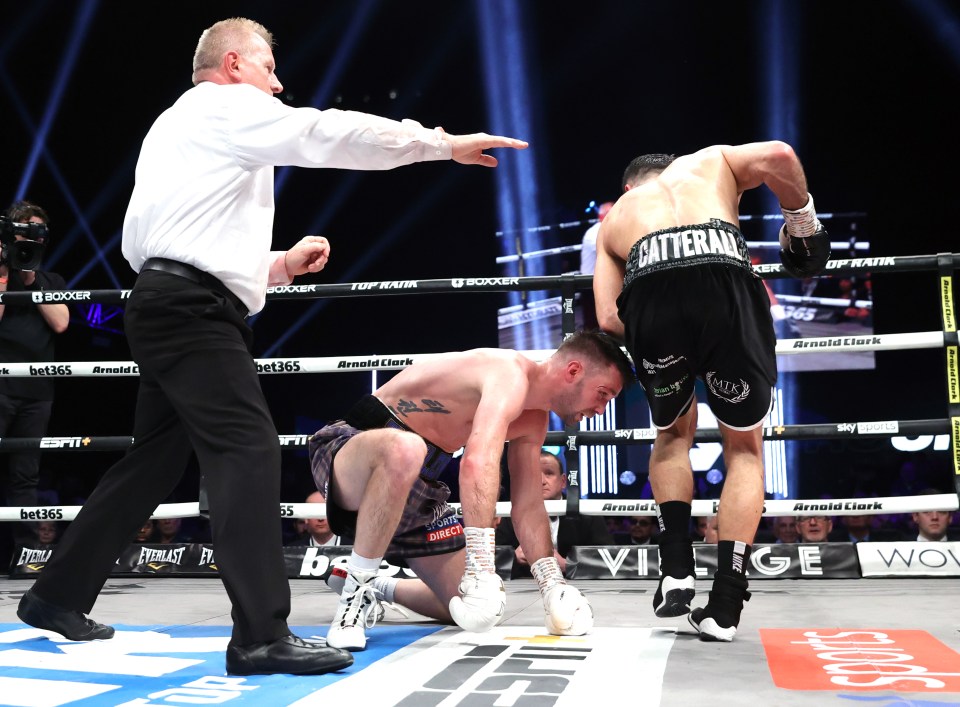 The knockdown came in round eight

Catterall was deducted a point for holding in headlocks in round ten, something he had been consistently guilty of throughout the fight, using this as a tactic to nullify Taylor up close.

It could be argued though that both men were equally guilty of over-clinching.

As they entered the championship rounds, it felt as if the champion would need a knockout to retain his titles.

The eleventh was scrappy, with Taylor deducted a point for throwing petty punches after the bell.

In the final round, Catterall refrained from making any silly mistakes and saw out the brilliant performance. 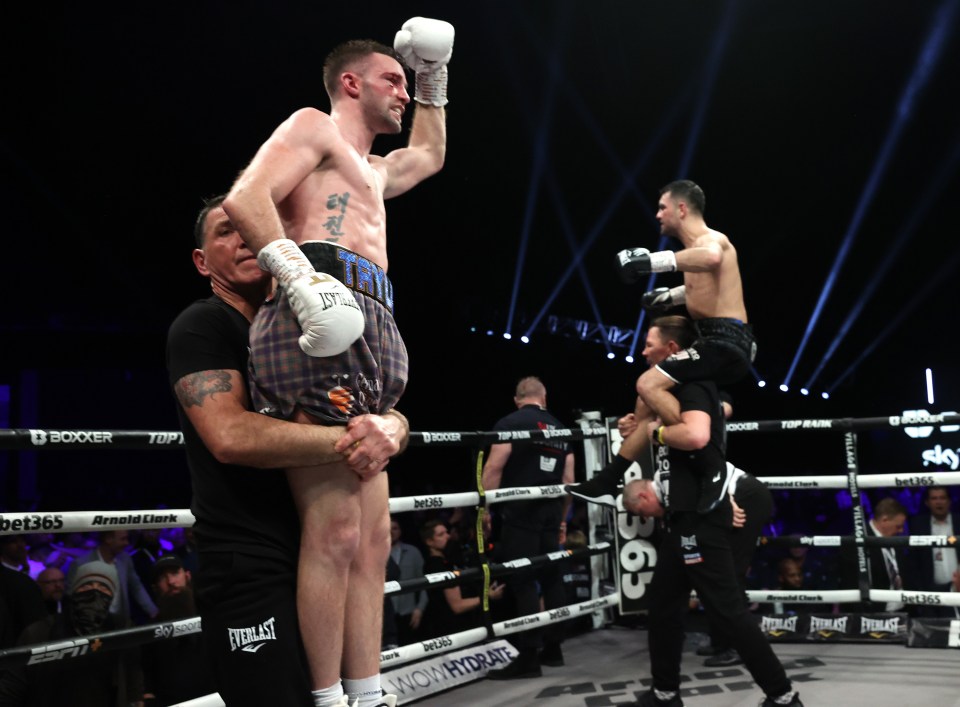 Former cruiserweight champion Johnny Nelson reacted in his role as a pundit: “I gave Taylor four rounds. I can’t believe it, I’m in shock.

“Jack Catterall, I feel so sorry for him.”

Taylor was then said in his post-fight interview: “I thought I started a little slow, but I once I got into my rhythm, I started getting my timing and I was catching him with the bigger shots.

“He tried to spoil a lot, he caught me with a few good shots as well.

“It wasn’t my best performance, I put a hell of a lot of pressure on myself with it being my homecoming.

“It showed in the first half, but once I got my rhythm I started catching him with the bigger shots.

“It wasn’t my best performance, but I believe I got 100 per cent got the win.”

“I don’t think there’s any need for a rematch.”

Catterall stormed out of the ring and refused to give an interview.

“You’re talking about a kid who’s worked all his life for that moment.

“He gets the opportunity, he performs like that, beats the champion in his own back yard and gets absolutely robbed.