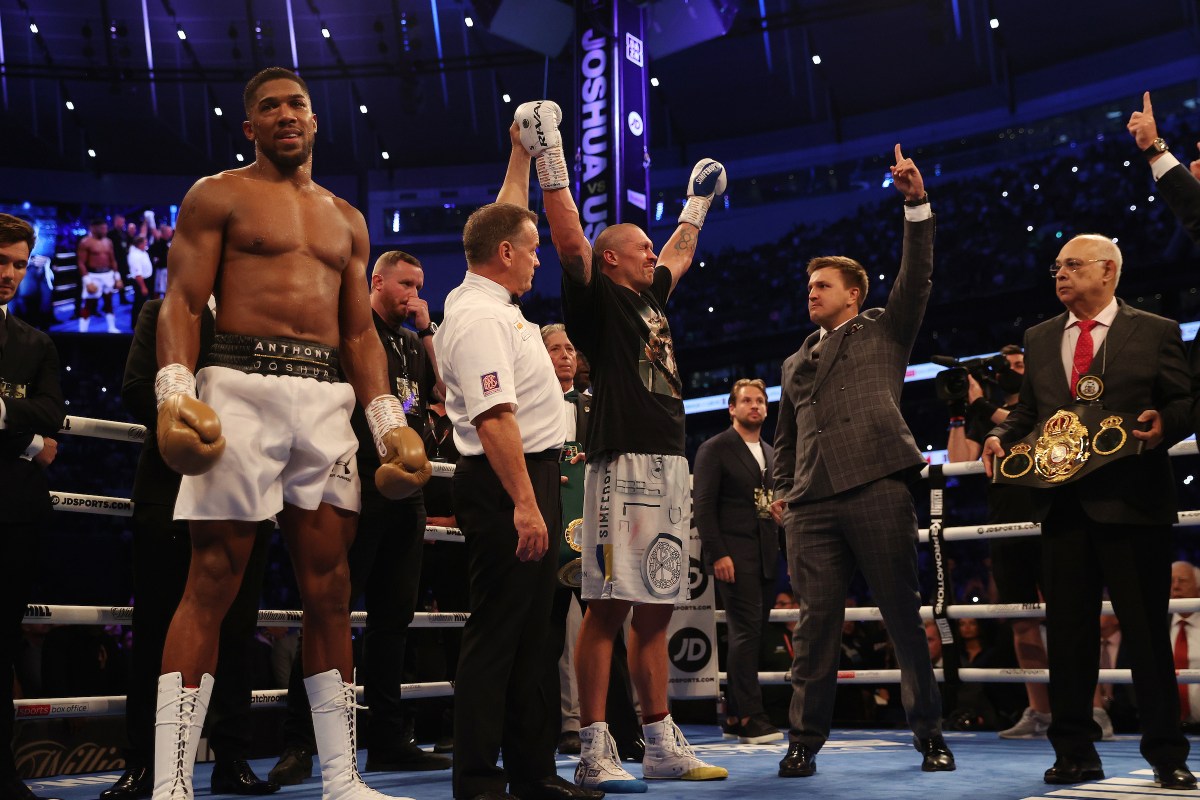 Anthony Joshua’s chances of unifying the world heavyweight titles next year are in tatters after he was outclassed by Oleksandr Usyk at the Tottenham Hotspur Stadium.

The dangerous Ukrainian put on a stunning display to take AJ’s WBA (Super), IBF, WBO and IBO belts in front of a sell-out crowd in north London.

Joshua, who suffered a nasty eye injury and looked shattered at the final bell, has a rematch clause and will now face a vital return clash against Usyk as both eye a huge unification blockbuster against either Tyson Fury or Deontay Wilder in 2022.

‘It’s all come together’: Katie Taylor ready for biggest fight women’s boxing has ever seen