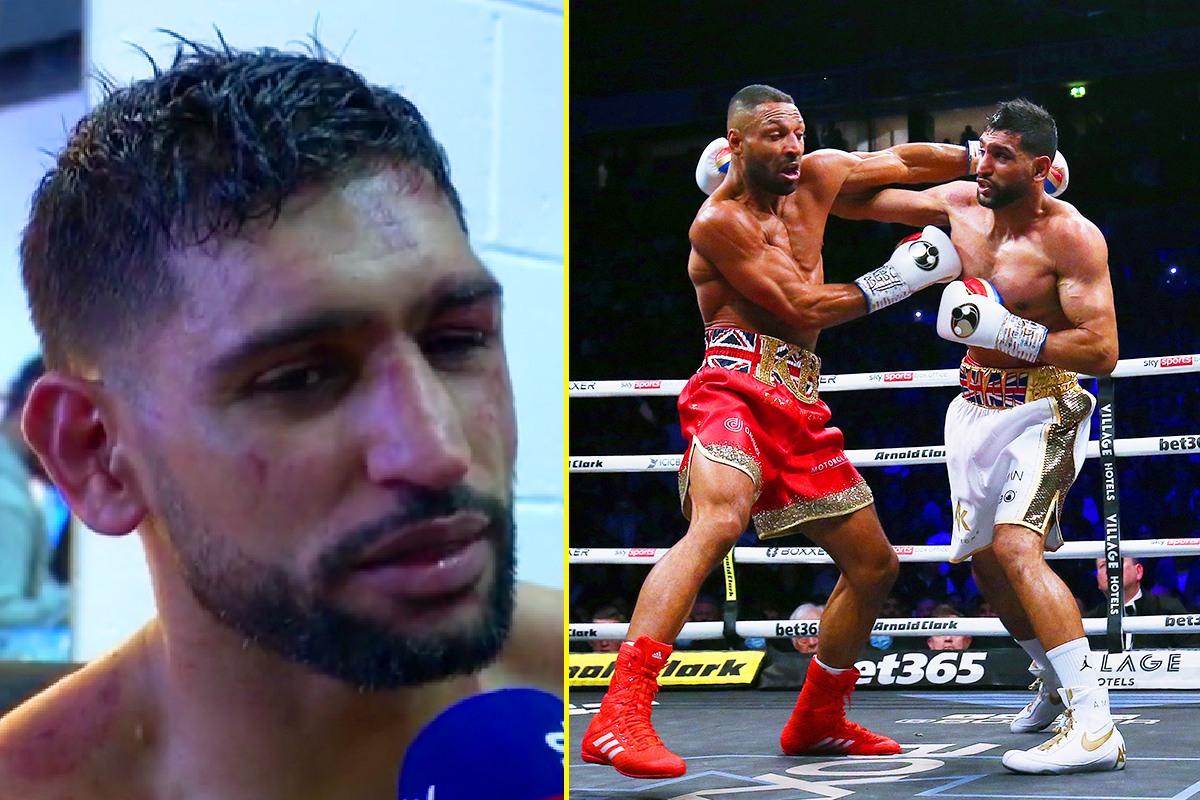 Amir Khan has admitted he may now retire from boxing following his defeat to Kell Brook on Saturday night.

The bitter rivals finally settled their feud in the ring and showed respect after the finish as Brook secured a statement stoppage in the sixth round. 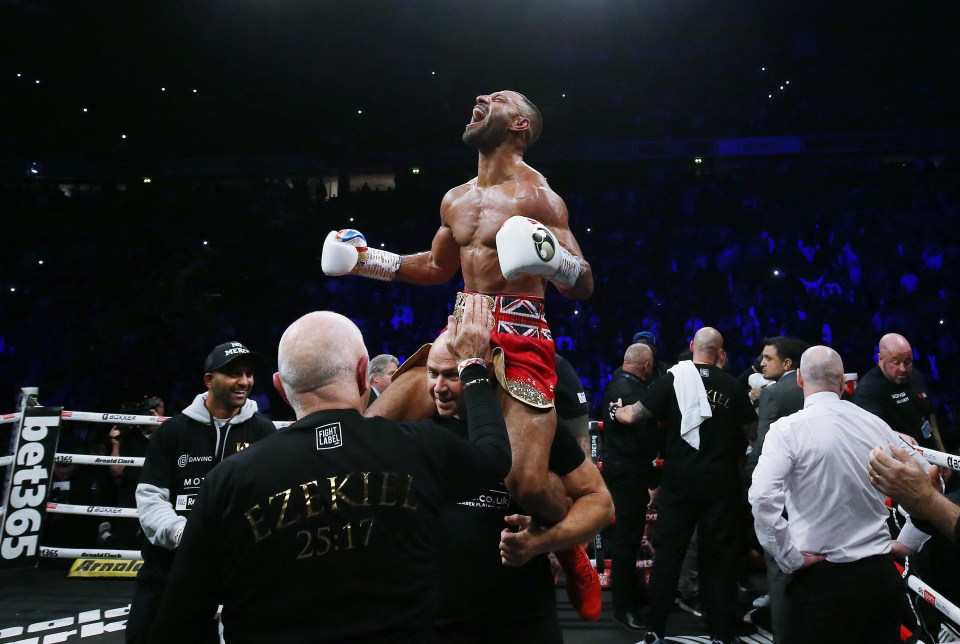 Brook stopped Khan in round six

Bizarrely, the start of the long-awaited fight was delayed 15 minutes further by a dispute backstage as Khan’s team took issue with their opponent’s gloves.

In remarkable scenes, Brook made his walk and then changed his gloves in the ring before the first bell.

When it eventually got underway, the fight began with a crazy opener as Khan hurled a couple of blistering combinations at his rival, but was then hurt badly and tottering around the ring.

This pattern continued in the following round as Khan was also stunned in rounds three, four and five, before Brook forced the stoppage in round six. 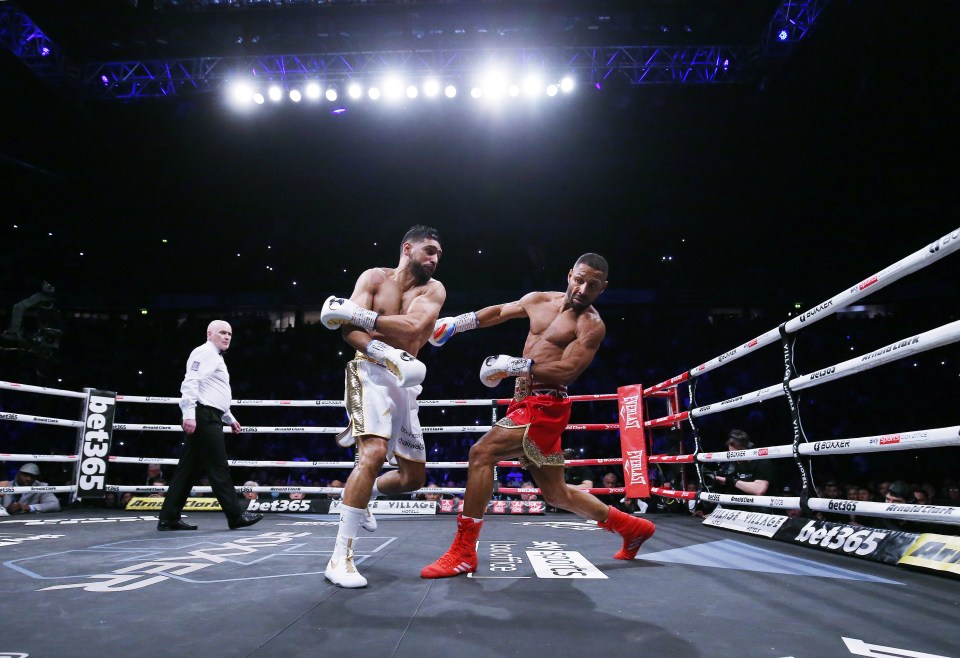 20,000 fans packed the Manchester Arena to watch the fight

“I just couldn’t get it going,” Khan reflected in his post-fight interview backstage.

“No disrespect to Kell Brook, he put a great performance on, did everything he needed to.

“He was the best man tonight.

“I had a great, great training camp, but I just couldn’t get going.

“I was missing quite a lot. Kell was on his A-game, all respect goes out to him.” 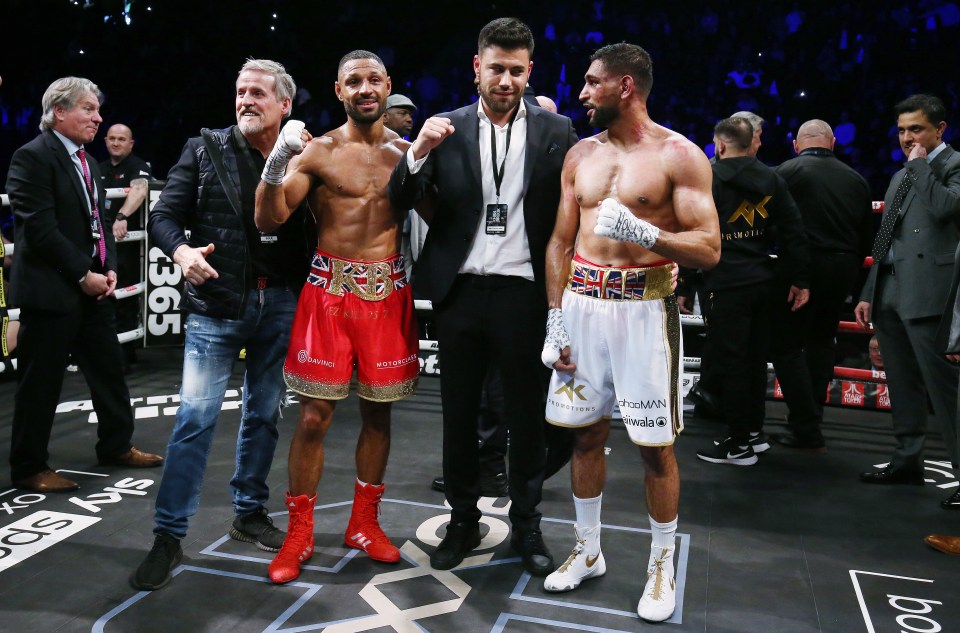 There was respect after the ending

When asked if he may now retire, Khan said: “40 fights is a lot of fights.

“Winning two world titles, fighting up and down America and around the world.

“I need to sit down with my family, but I think it is more towards the end of my career now.

“That love for the sport is not there anymore like it was before.

“I used to have that excitement and that push. I just didn’t have it in me I felt quite flat.

“I think that’s maybe a sign for me to know that I should be calling it a day, but let’s see.

“I’m gonna go back and watch the video.”