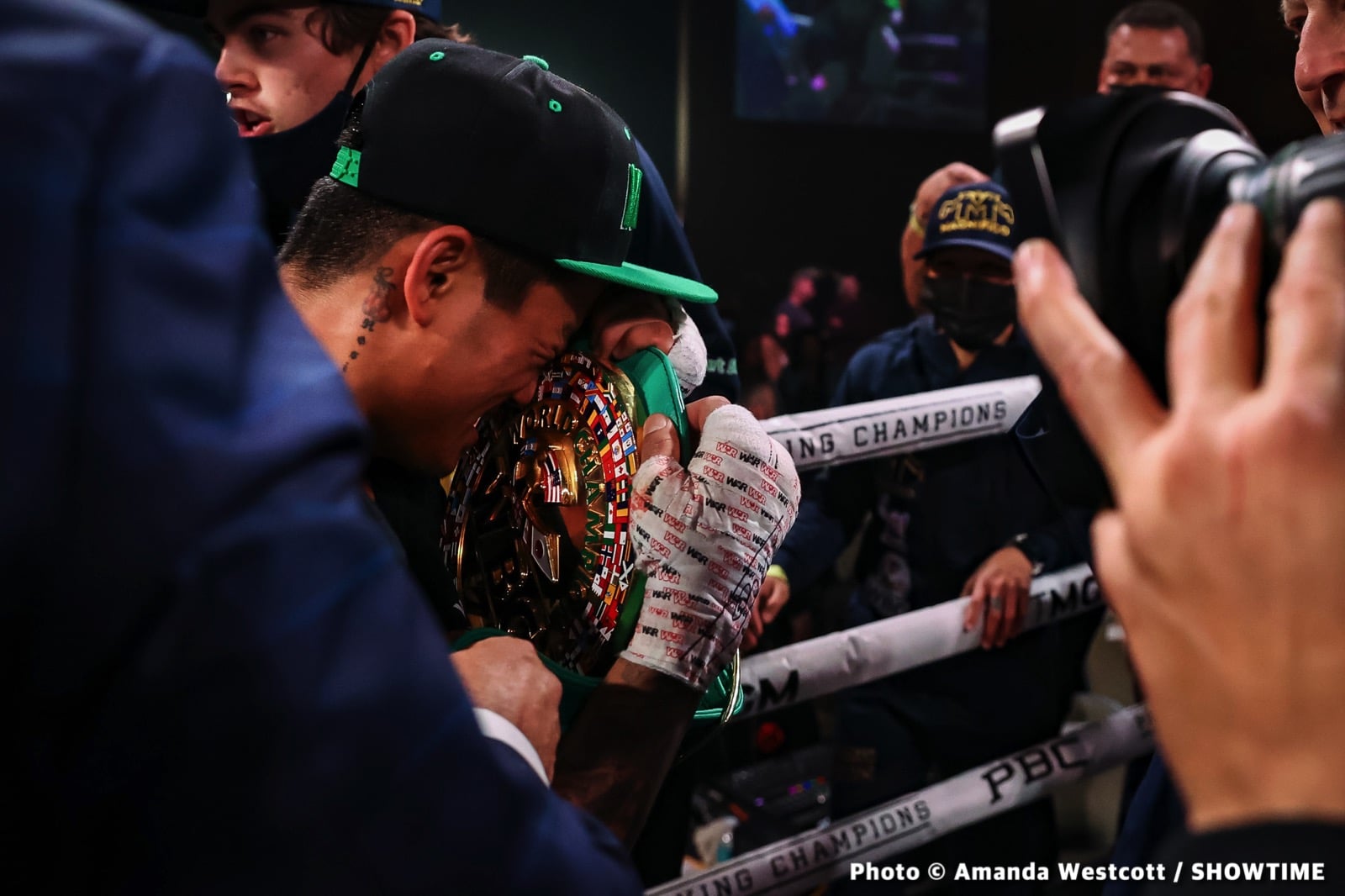 Manny Pacquiao, THE greatest Filipino boxer ever (some say one of THE greatest pound-for-pound fighters of all-time regardless of where they come from) has sent out a message of congratulations to his countryman Mark Magsayo, who defeated Gary Russell Jr last night via close decision to take the WBC featherweight title. Pac Man quickly took to social media to congratulate Magsayo.

“Congratulations @markmagsayo, on your first world championship! Thank you for brining honor to our country by becoming the latest Filipino world boxing champion. Welcome to the club,” Manny wrote.

Congratulations, @markmagsayo_MMM, on your first world championship! Thank you for bringing honor to our country by becoming the latest Filipino world boxing champion. Welcome to the club.

Magsayo, 24-0(16) is the 45th world champ from The Philippines and the 26 year old has a great future ahead of him. It was Magsayo’s childhood dream to become a world champion and he has also always looked up to Pacquiao. How great can Magsayo become? It sure will be interesting seeing where the new champion goes from here, with some boxing people already suggesting he could be ‘the new Manny Pacquaio.’ There will of course only be one Manny Pacquiao and Magsayo has his own style of fighting.

Still, the sky really is the limit when it comes to how far the man from Tacloban City can go. Like Pac Man before him, Magsayo fights a lot in the US and his star can only rise now. As Pacquiao perhaps suggested when congratulating him on winning his “first world title,” there could be more world titles in the 26 year old’s future.

Magsayo thanked Manny for his words of encouragement. “I have Manny Pacquiao by my side, who has been my hero since I was a little boy,” Magsayo said. “My idol, thanks to him, I am in boxing, so now I dedicate this fight to my family and my idol.”

Maybe Pacquiao can teach Magsayo a few things and add further to his game? Again, it’s sure going to be interesting seeing how much more the latest member of an exclusive club can go on to achieve. Who might the new champion fight next?