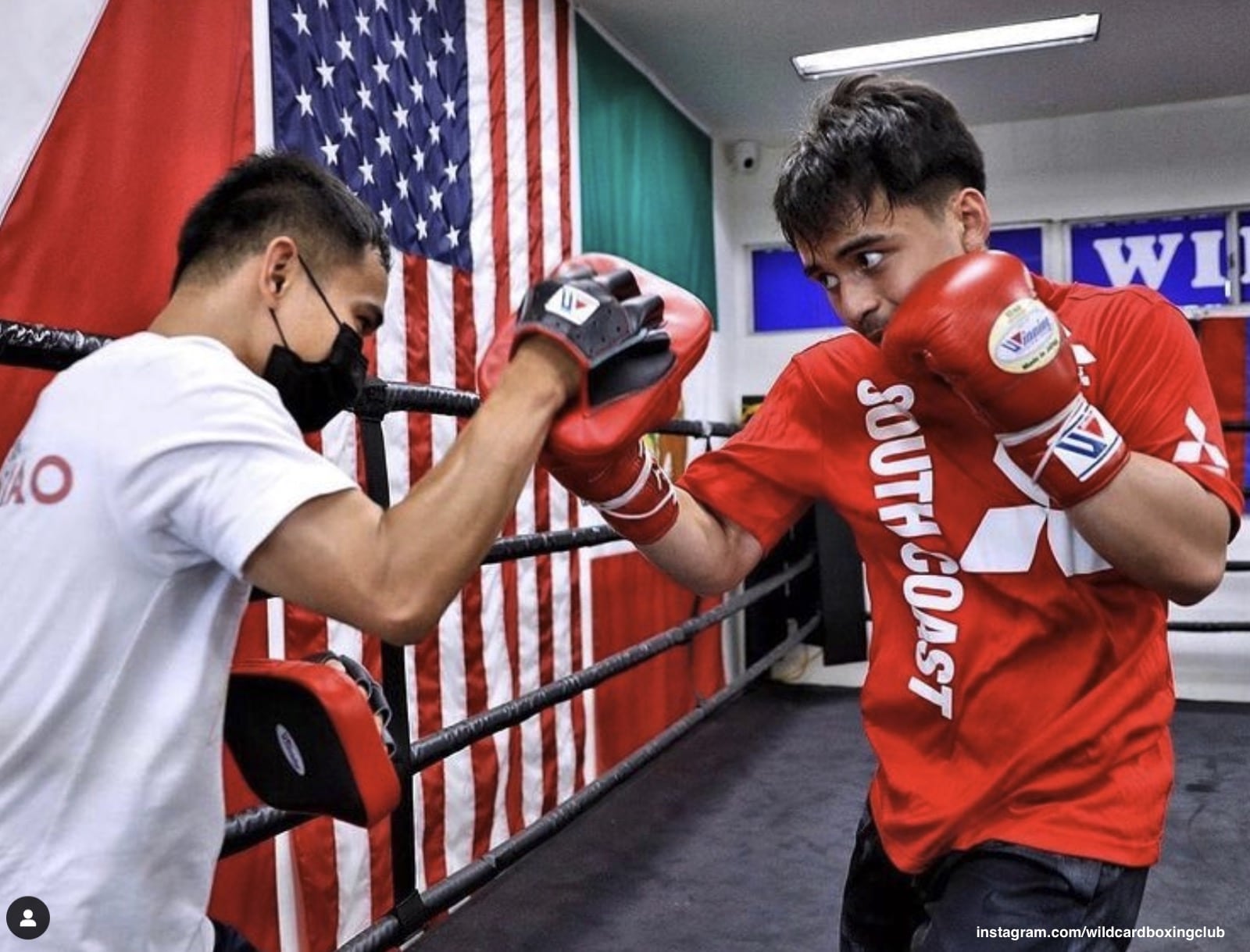 Talk about having enormous shoes to fill! Manny Pacquiao Junior will tonight have his first sanctioned fight, this his amateur debut, to take place in San Diego. As per a tweet from Kevin Iole, Pacquiao Jr will represent Wild Card Boxing Club and he will face an opponent named Andres Rosales.

Pacquiao Jr – or “Pac Man Jr” if you prefer (I wonder what Junior’s nickname will actually be?) is 21 years old and he has been learning all he can from not only his all-time great father, but also from Freddie Roach and from Canelo Alvarez; all of whom he has worked with in the gym. It’s very early days of course, but that Pacquiao name will ensure Junior, who also goes by the name of Jimuel (I wonder which name he will use when he goes pro, as he surely aims to do?) gets plenty of attention. And that he undergoes a lot of scrutiny.

It is of course unfair to expect Jr to be even half as good as his legendary father, who as we know accomplished just about everything and anything that is possible to accomplish, not only in the sport of boxing, but in life. But boxing is understandably in Pacquiao Jr’s blood and he will now take the first steps on his own journey.

There have as we know been plenty of “boxing juniors” over the years, and there will continue to be many more over the coming years, yet it is possible NO son of a great fighter will have faced the pressure Manny Pacquiao’s eldest son seems destined to face in time. Let’s all wish Jimuel all the best as he has his first real fight.

Unfortunately, Pac Man will not be able to attend the fight tonight, busy as Manny is with his presidential bid in the Philippines. The eight-weight king’s own boxing career came to an end last August, when Pacquiao was decisioned by Yordenis Ugas. Pacquiao Jr will now carry on the proud Pacquiao name as far as the fighting in concerned.