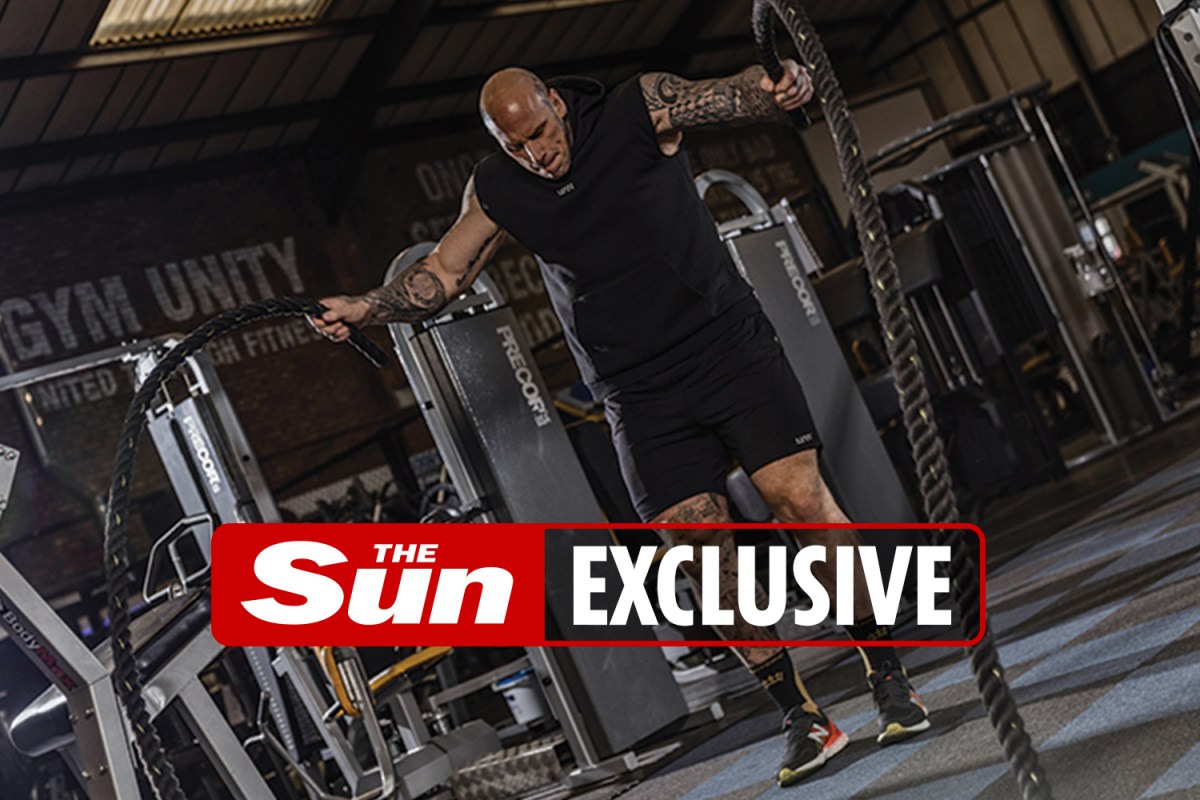 MARTYN FORD has warned the ‘Iranian Hulk’ he will ‘rip his head off’ in April’s boxing bonanza.

The two giants will step in the ring to settle a feud dating back several years.

And Ford, 39, told Muscle and Health that ‘embarrassing’ opponent Sajad Gharibi, 29, could be KO’d in as quickly as 20 seconds by having his ‘face smashed in’.

But 6ft 9in Ford, who weights 287lbs, and 6ft 2in Gharibi, who tips the scales at 390lbs, could set off an earthquake when they collide at the O2 Arena on April 2.

The ‘World’s Scariest Man’ Ford is already targeting an epic blockbuster against Hollywood and WWE superstar Dwayne ‘The Rock’ Johnson.

And he reckons he will prove his fighting credentials by making mincemeat of Gharibi when the first bell dings.

Ford said: “God knows how, but this ‘Hulk’ guy has been popping up left, right, and centre for two years.

“He’s not an athlete by any stretch of the imagination. I refused to be fooled by his propositions, so initially, I just ignored him, but then things started getting a bit heated.

“He’s jumped himself into a pool that is too deep for him and I’m ready to rip his head off.”

Ford added: “It’s kind of an embarrassing fight in the sense that he’s not an athlete.

“But I took the fight when things started getting heated over inbox messages. It’s 100% personal. There’s nothing fun about this. There’s no publicity stunt from my end.

“I genuinely want to smash his face in. I would happily do it in the gym behind closed doors.

“I do want to fight professionally in the future, but this fight for me is a walk in the park. It’s not a challenge for me by any stretch of he imagination.

Welcome to the Nevada Athletic Commission!