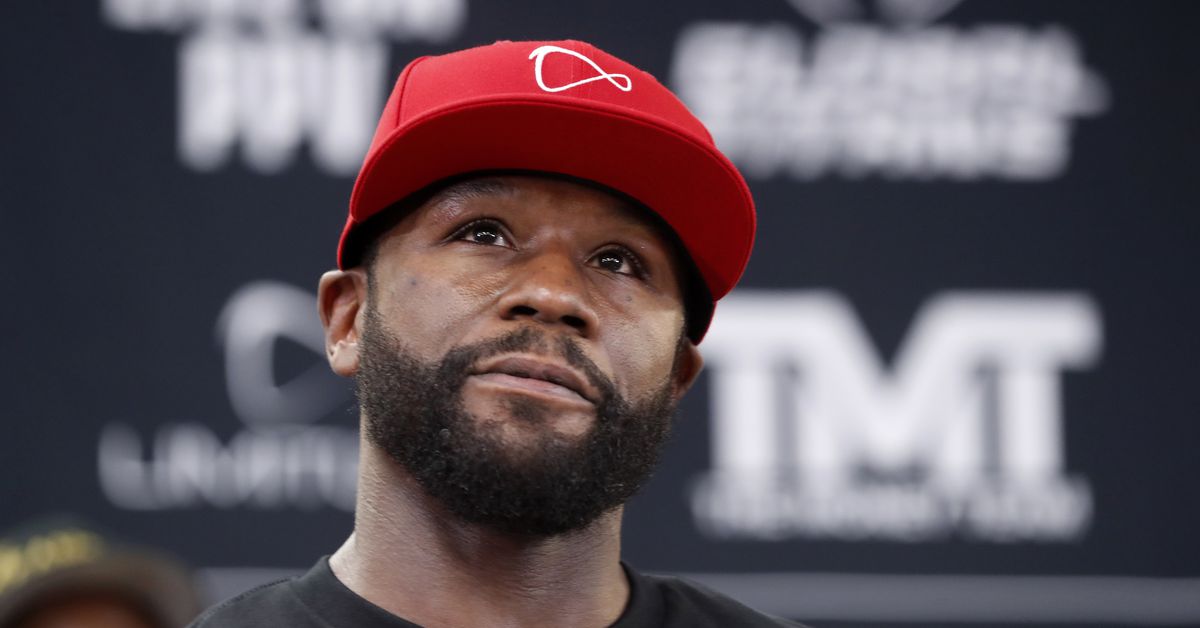 Retired boxing legend, Floyd Mayweather, dueled opposite English YouTube star, Deji, tonight (Sun. Nov. 13, 2022) on FITE TV PPV from Coca-Cola Center in Dubai, United Arab Emirates. Why was a retired boxing legend fighting an internet star, you may ask? Well, the “Money” retirement tour continued. If the price is right, Mayweather has proven himself willing to fight just about anyone, provided it’s an exhibition match and even the worst outcome cannot be held against his pristine professional record. Deji, meanwhile, scored his first professional win earlier this year after an 0-3 start to his amateur career.

As predicted, Mayweather easily remained undefeated in these silly exhibition fights. Follow along below for live updates and highlight clips:

Floyd’s hands are by his hips, and he flicks the jab. Zero respect or fear from the boxing legend. Mayweather feints and postures at his opponent then sticks a right hand to the bread basket. Mayweather touches his opponent with a polite right hand. Two more rights to the body. Mayweather goofs around, takes an angle, lands a right. Effortless.

Mayweather is having a blast, dancing around and playing with the crowd. He sticks a jab, and Deji finally lands his first shot of the fight. Floyd sticks a right hand and plays with him, attacking the body. Floyd puts together like a 12-punch, fast hands combinations. This is a joke.

Mayweather did mitts between rounds. Mayweather touches him with a jab, and Deji actually answers with a combination. Good body work from Floyd. Deji sneaks a few shots through the guard as Mayweather lets him work. Mayweather lands a trio of right hands in response, but he’s obviously holding back. Deji covers up along the ropes as Mayweather combinations. He finishes the round with a pirouette.

Deji lands an early left, so Mayweather beats him up gently in response. More body work from Floyd, who then goes up the middle with an uppercut. Deji is clinching in response. The referee yells at Mayweather for going too low with his body shots, and Mayweather argues while boxing. Mayweather does have a bit of bruising around his eye.

Mayweather is completely relaxed, pressuring Deji with his hands below his waist. Deji jabs back occasionally be mostly seems bewildered. Deji actually did a touch better in this round, largely because Mayweather seemed content to let him jab. Still, he lands the best combos of the round.

The two brawl a bit to start the sixth. Mayweather is still pulling his head shots, but he’s committing a bit more. Deji fires back and lands some okay shots. Mayweather smiling, stalking, and lands a counter right hand. Desperate clinching from Deji. Mayweather hurts Deji with an uppercut, and he covers up in the corner. Mayweather flurries, and the referee intervenes. That’s it!

For complete “Mayweather vs. Deji” results and play-by-play, click HERE!