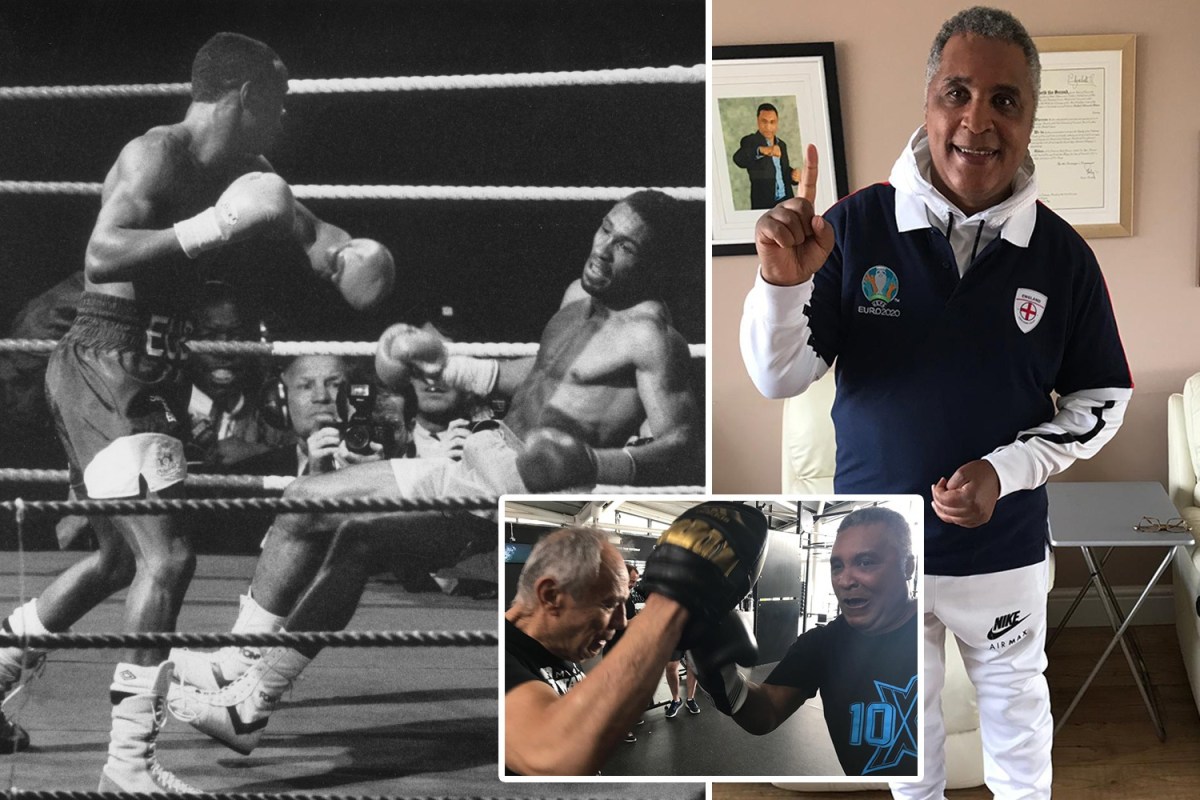 MICHAEL WATSON today thanks fans around the country who have offered him their love and support over the past 30 years.

And he believes the near-fatal brain injury he suffered in his tragic fight with Chris Eubank at White Hart Lane on September 21, 1991, changed boxing for the better.

There is no bitterness from Watson, despite being left partially disabled from the fight.

He told SunSport: “My life is full and the British public have been wonderful to me. I can’t have regrets.

“As I said recently, we have to move on and I don’t bear any ill-will towards Chris.

“He apologised to me but he didn’t have to do that. What I am pleased about is that what happened to me that night made everybody take stock and realise that boxing had to be made safer.

“New rules were brought in and we now have all the medical equipment we need at ringside, as well as paramedics and ambulances on stand-by.

“Hopefully, that has prevented other boxers getting more serious injuries.”

British boxing is unrecognisable from the heartbreaking night Watson’s life was left hanging in the balance.

In 1991, rules and regulations around the sport were so lax that paramedics were not mandatory at shows.

And the lack of security on that fateful evening meant doctors who were inside White Hart Lane in an unofficial capacity were unable to reach the stricken fighter amid the mayhem.

Now, whether in a small hall in Scotland or at an 80,000 Wembley Stadium showdown, every fighter is given world-leading care.

In a normal year, general secretary Robert Smith helps the British Boxing Board of Control run around 300 fights — and he has never been prouder of how our version of the sport is run.

Smith told SunSport: “Any British show must have a fully-trained paramedic with all the resuscitation equipment and the skills to treat a conscious or unconscious patient.

“There must always be at least two doctors at a show and one must be an anaesthetist.

“Every venue has dedicated medical rooms for manageable issues that don’t require hospital treatment, like cuts.

“Otherwise anyone is taken straight to hospital where we have notified the nearest surgical unit and A&E that there is a show taking place.

“There has been a great amount of change over the years.

“We have far better security now. Boxers used to have their own security teams but we put a stop to that.

“I was told in later years that doctors at White Hart Lane had difficulty getting to Michael because the fans would not let them. Everything has come on leaps and bounds since then.”

The Board — made up of a cross- section of society that includes medical professionals — meets at least once a year to discuss medical advancements.

Smith added: “Something went drastically wrong that night. My job is to make sure anything like that never happens again and that they are given excellent care.”

Eubank has often spoken of the pain that haunts him over the Watson fight — but the pair have since formed a unique bond.

Eubank’s boxing ruthlessness was blunted as he wrestled with what he had inflicted on a man in the heat of battle.

But in February the pair were reunited and Eubank tried to explain the factors that lift men like him and Watson above us mere mortals.

Eubank told Piers Morgan: “As soon as you start fighting you’ve got the world looking at you because the first instinct of a man is to protect, that is to fight.

“Whatever your predicament, you can rise. And that’s what we do.”

On that ITV stage, Eubank was pressed on the legacy that night left on him.
As he struggled with his words and emotions — a voice from the studio floor spoke up to defend him.

“Peace and love. I love you Chris. It’s all in the past. We are born warriors.”

SunSport thanks Haroun Topolak for his assistance