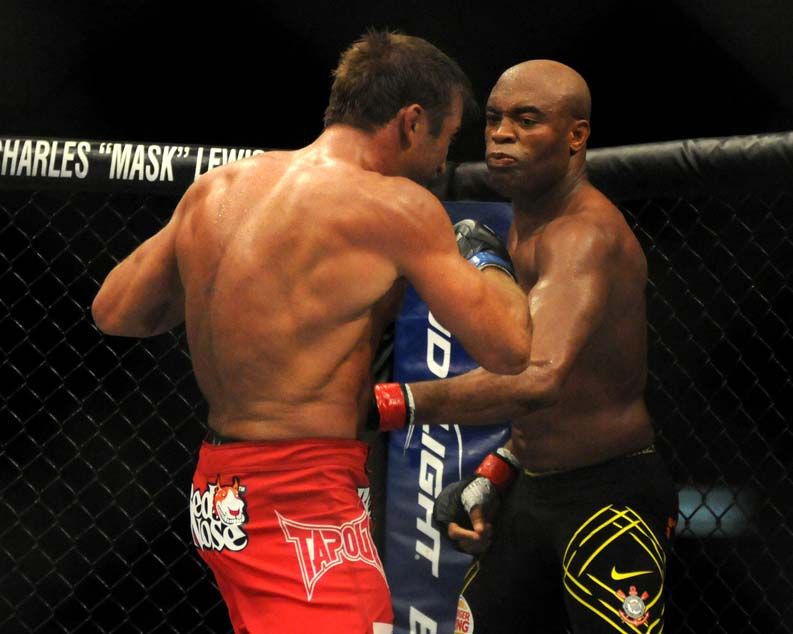 Mixed martial arts (MMA), hybrid combat sport incorporating techniques from boxing, wrestling, judo, jujitsu, karate, Muay Thai (Thai boxing), and other disciplines. Although it was initially decried by critics as a brutal blood sport without rules, MMA gradually shed its no-holds-barred image and emerged as one of the world’s fastest-growing spectator sports in the early 21st century. MMA events are sanctioned in many countries and in all 50 U.S. states. 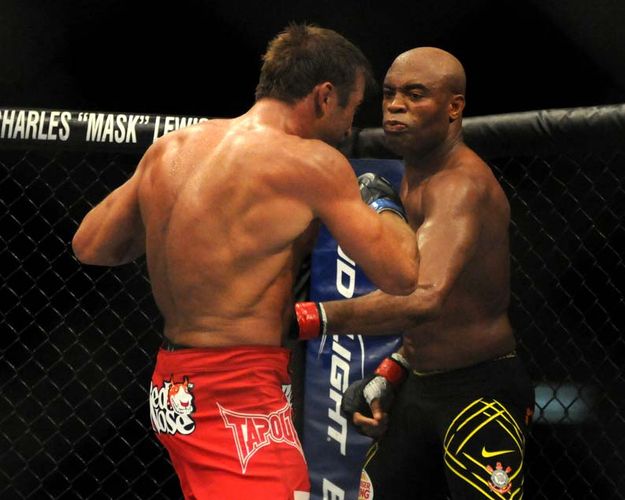 MMA: Anderson SilvaBrazilian Anderson Silva (right) en route to defeating American Stephan Bonnar at UFC 153, 2012.© A. Ricardo/Shutterstock.com History of MMA Mixed martial arts was believed to date back to the ancient Olympic Games in 648 bce, when pankration—the martial training of Greek armies—was considered the combat sport of ancient Greece. The brutal contest combined wrestling, boxing, and street fighting. Kicking and hitting a downed opponent were allowed; only biting and eye gouging were forbidden. A match ended when one of the fighters acknowledged defeat or was rendered unconscious. In some cases, competitors died during matches. Pankration became one of the most popular events of the ancient Olympics. In 393 ce Roman emperor Theodosius I banned the Olympic Games, spelling the end of pankration as a popular sport. However, this style of fighting later resurfaced in the 20th century in Brazil via a combat sport known as vale tudo (“anything goes”). It was popularized by brothers Carlos and Hélio Gracie, who began a jujitsu school in Rio de Janeiro in 1925. The siblings garnered attention by issuing the “Gracie Challenge” in area newspapers, proclaiming in advertisements: “If you want a broken arm, or rib, contact Carlos Gracie.” The brothers would take on all challengers, and their matches, which resembled those of pankration, became so popular that they had to be moved to large soccer (association football) stadiums to accommodate the crowds. MMA first came to the attention of many in North America after the Gracie family decided to showcase its trademark Brazilian jujitsu in the United States in the 1990s. Hélio’s son Royce Gracie represented the family in a 1993 tournament in Denver, Colorado, that came to be called UFC 1. The name referred to the Ultimate Fighting Championship (UFC), an organization that became the leading promoter of MMA events. The earliest aim of the UFC events was to pit fighters of different styles against each other—such as wrestler against boxer and kickboxer against judoka. Initially, the only rules decreed no biting and no eye gouging. Bouts ended when one of the fighters submitted or one corner threw in the towel. Royce Gracie emerged as the champion of UFC 1, which was held in a caged ring at Denver’s McNichols Arena. As the UFC’s first cable television pay-per-view event, the tournament attracted 86,000 viewers. That number increased to 300,000 by the third event.
Get exclusive access to content from our 1768 First Edition with your subscription.
Subscribe today
The UFC initially marketed its product as a no-holds-barred sport in which anything could happen. Its brutality raised the ire of many, including such politicians as U.S. Sen. John McCain, who famously called caged combat “human cockfighting” and sought to have the sport banned. In 2001 new UFC management created rules to make the sport less dangerous. It added weight classes, rounds, and time limits and extended the list of fouls in the ring. The revamped UFC no longer featured mostly brawlers. Newer fighters were more skilled as boxers, wrestlers, and martial arts practitioners, and they were forced to train extensively and remain in peak condition to perform well. In the United States the sport came under regulation by the same bodies that governed the sport of boxing, including the Nevada State Athletic Commission and the New Jersey State Athletic Control Board. Even McCain dropped his opposition to MMA, acknowledging in 2007 that the “sport has made significant progress.” Although the UFC struggled to make money in its early years, it eventually developed into a highly profitable organization. Between 2003 and 2006, a trilogy of fights between two of the sport’s biggest stars, Americans Randy (“the Natural”) Couture and Chuck (“the Iceman”) Liddell, at UFC 43, 52, and 57 helped elevate MMA and the UFC. The sport also received a boost from The Ultimate Fighter reality TV show, which first aired in 2005. The show traditionally features fighters looking to break into the UFC. Divided into teams under celebrity fighter coaches, combatants live under the same roof and fight each other in a knockout format, with the final winner earning a UFC contract. Beginning in 2013, women also appeared on The Ultimate Fighter both as coaches and as competitors. Rules and regulations The UFC was instrumental in pushing for a set of rules to standardize the sport globally, and by 2009 regulatory bodies in the United States and many fighting promotions worldwide had adopted standards known as the Unified Rules of Mixed Martial Arts. Under these rules, MMA participants compete in a ring or a fenced area, and they fight using padded fingerless gloves but do not wear shoes or headgear. They may strike, throw, kick, or grapple with an opponent, and attacks may be launched either from a standing position or on the ground. However, head butting, gouging (thrusting a finger or thumb into an opponent’s eye), biting, hair pulling, and groin attacks of any kind are prohibited. Downward elbow strikes, throat strikes, and strikes to the spine or to the back of the head are also illegal, as are certain attacks against a grounded opponent, including kicking or kneeing the head. If a fighter violates a rule, the referee may issue a warning, deduct points, or—particularly when a flagrant foul is deemed to have been committed—disqualify the offending contestant. 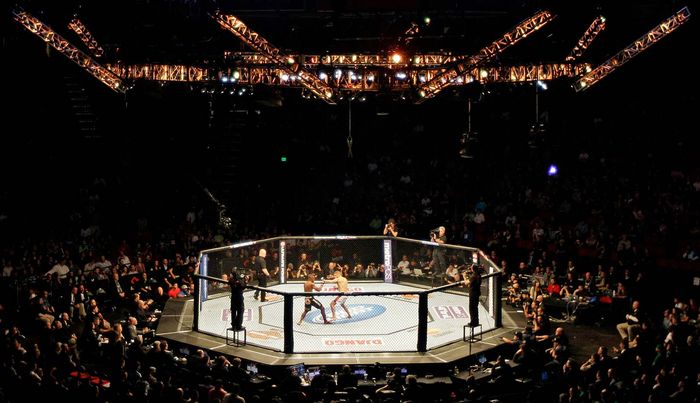 MMA: octagon cageMMA fighters competing in an octagon cage at Key Arena, Seattle, 2012.Jeff Chiu/AP Images Under the Unified Rules, non-championship MMA fights consist of three five-minute rounds, with a one-minute break between each round. Championship bouts are set for five rounds. A fighter can win a bout by knocking out the other fighter or by forcing an opponent to submit (either by tapping with his hand or verbally indicating that he has had enough). If a fight goes the distance, however, the winner is decided by a panel of three judges, using boxing’s 10-point must system (the winner of the round gets 10 points; the loser is awarded nine or fewer points). In the United States, MMA referees and judges are assigned by state athletic commissions, which also conduct medical and drug tests on fighters. Weight classes in MMA vary by region or organization. The UFC currently recognizes a total of nine weight classes in men’s MMA. The upper weight limits of these classes are as follows: strawweight, 115 pounds (52 kg); flyweight, 125 pounds (57 kg); bantamweight, 135 pounds (61 kg); featherweight, 145 pounds (66 kg); lightweight, 155 pounds (70 kg); welterweight, 170 pounds (77 kg); middleweight, 185 pounds (84 kg); light heavyweight, 205 pounds (93 kg); and heavyweight, 265 pounds (120 kg). While the UFC has no formal super heavyweight division for fighters weighing more than 265 pounds, some MMA organizations recognize the weight class. In the UFC, women’s MMA is currently restricted to just two weight classes: strawweight, for fighters weighing up to 115 pounds (52 kg), and bantamweight, for fighters weighing up to 135 pounds (61 kilograms). Other MMA organizations, however, have sanctioned women’s bouts in several additional weight classes, including featherweight, with an upper weight limit of 145 pounds (66 kg) and atomweight, for fighters weighing up to 105 pounds (48 kg).

Which Martial Art Should I Learn First?