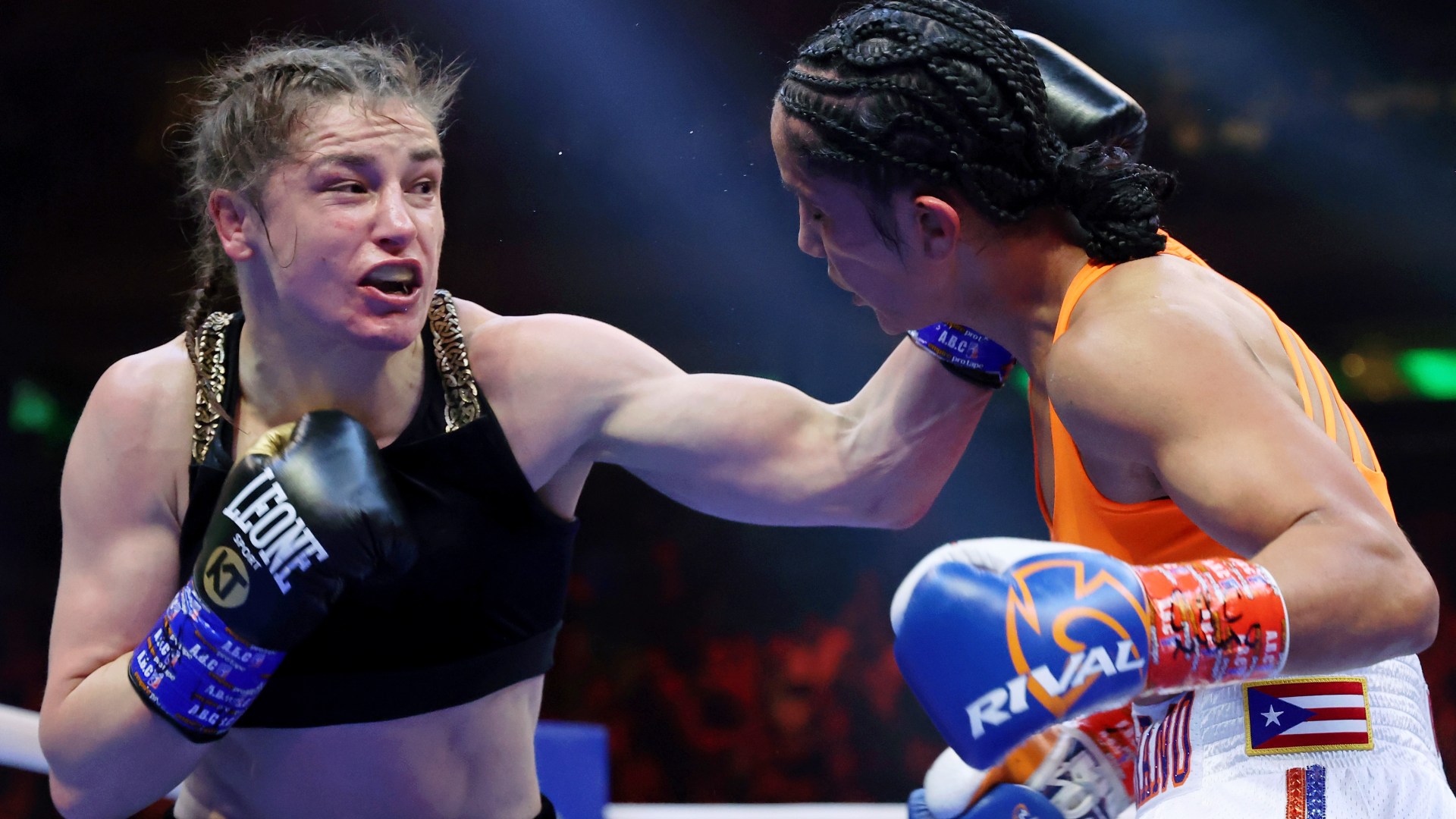 After the Katie Taylor vs Amanda Serrano clash there were immediate calls for a rematch – and for good reason.

The punch stats, which have since been revealed, show that a second fight may be needed to separate these pound-for-pound greats. 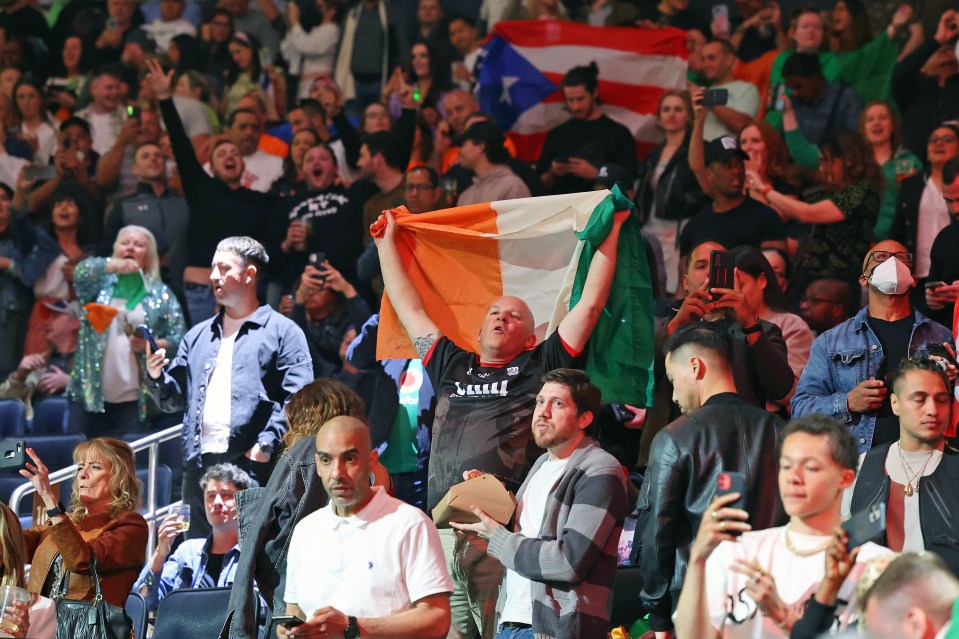 The Irish fans were out in full force to support Taylor

Taylor and Serrano engaged in an incredible fight amidst an electric atmosphere at Madison Square Garden.

It was the Irish woman who came out on top by split decision, but a number of pundits and fans alike thought the fight should have been a draw or even a win for Serrano.

CompuBox released the punch stats for the fight and it was clearly a very difficult fight to score with six of the ten rounds separated by two punches or fewer.

With that being said, Serrano out-landed Taylor through the course of the fight, with 173 punches landed compared to Taylor’s 147.

It was clearly not a battle of the jabs, as there were only three jabs landed between both women, but Taylor was the more accurate of the two, landing 39% of her shots, as opposed to Serrano who could only manage 28%.

In terms of the breakdown by round, Taylor edged Serrano, out-landing her by five rounds to four, with one of the rounds an even split. 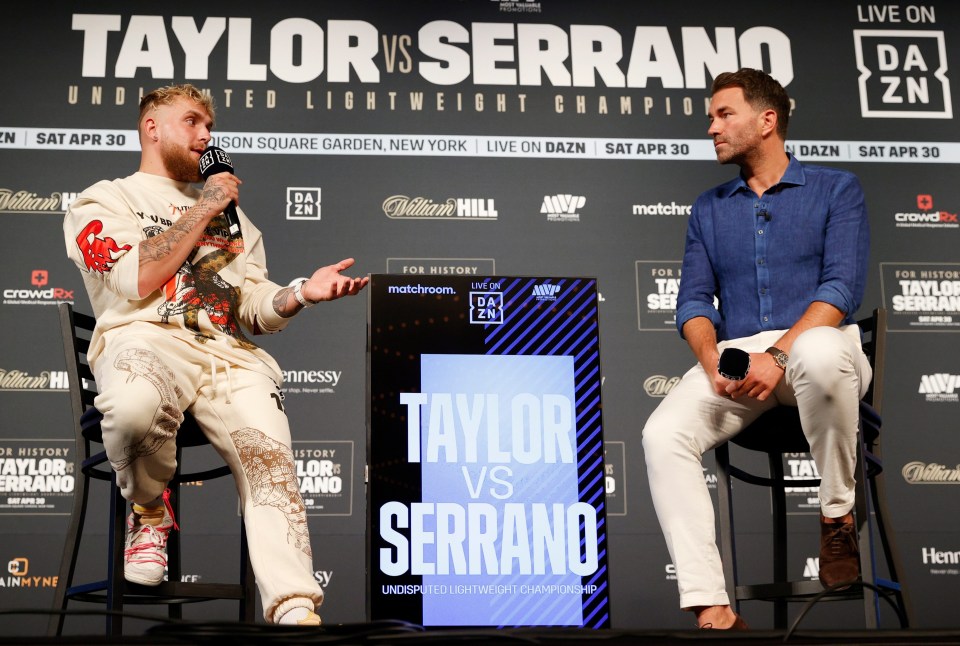 Paul and Hearn want to run the fight back again

Round five, however, really stands out as this was the round Serrano hurt Taylor and she landed an incredible 44 punches compared to Taylor’s 14.

After the fight, Eddie Hearn and Jake Paul, who were co-promoting the bout together, both called for a rematch.

“Katie Taylor is one of the greatest things to ever come out of Ireland,” Hearn said. “If we don’t go back to Ireland for a fight before her career is done it would be a big, big, big shame.

“I think we should run this rematch back in Ireland and let Katie Taylor fight for the first time in Croke Park.”

“You know, she’s a true champion.” Paul replied, “We are ready wherever, whenever. Clearly, the Irish fans are mad so, we’ve got some unsettled business.

“That was a draw at best. I thought Amanda Serrano took it, she had Katie hurt there a couple of times on the ropes. It is what it is. Katie is the champion, so, obviously, if it’s a close fight the judges are going to give it to her. Let’s run it back in Ireland.”

Betting Offer Of The Day

Deposit min £/$/€10 using promo code 888ODDS • Bet up to £/$/€5 on your selection at normal odds in the regular market • If your selection wins, we’ll pay you out at the normal price and any extra winnings from the advertised enhanced price will be paid to you in Free Bets • Free Bets are granted within 72 hours and expire after 7 days • Free Bet stakes are not included in returns • Deposit balance is available for withdrawal at any time • Restrictions apply to withdrawals, payment methods and countries & Full T&C’s apply 18+ Begambleaware.org