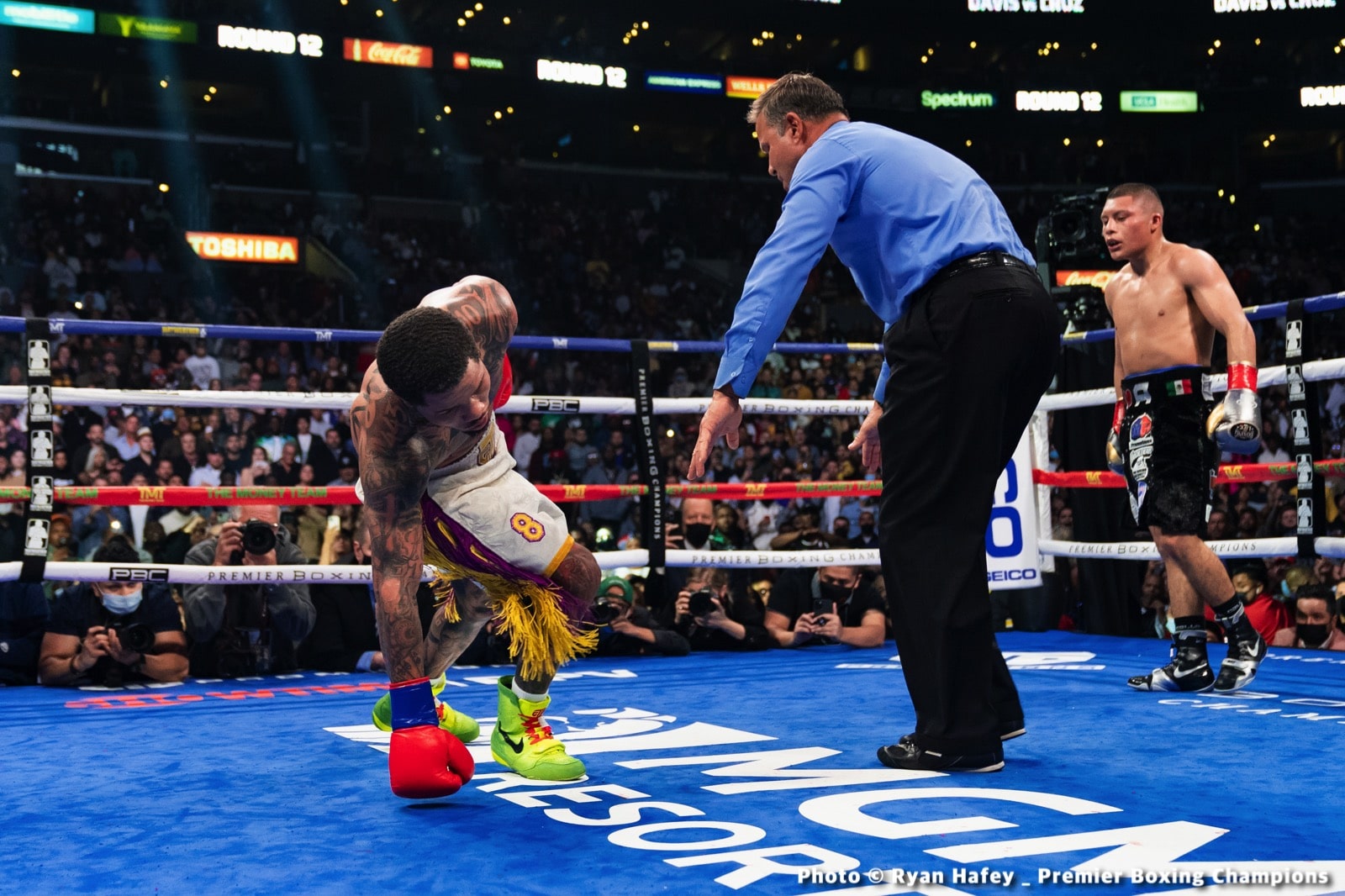 Did Gervonta Davis’ stock drop, just a little, due to him not being able to score the KO over Isaac Cruz last night? This is the way boxing is, with the critics always swift to pounce if they sense an opportunity to do so.

Tank got the win over “Pitbull,” and he did hurt his hand in doing so (this a partial excuse for Davis not getting the spectacular KO he is always looking for) so maybe there is nothing to criticise. Still, the knives are out, and Floyd Mayweather, who looks after Davis, seemed pretty steamed at the post-fight presser.

Mayweather said his fighters never get the credit they deserve and he also stated how people want to see Tank Davis lose, because “it’s like me losing.” Floyd says he still generates jealousy for having dominated the sport for so long. But Davis is still unbeaten, for now, and he looks to the next fight. One man who has held nothing back in both calling out and criticising Davis, is Ryan Garcia.

Garcia took to social media right after Tank had had his hand raised against Cruz, and he had some stuff to say:

“We all know Luke Campbell is better than all of Tank’s opposition, Tank can’t beat me he knows that and Mayweather knows that. I’m too fast and I got too much accuracy, c’mon Mayweather you can’t protect him forever.”

Garcia hasn’t fought since he got up from a knockdown to stop Campbell, this getting on for a year ago. Since then, the 23 year old has had to take some time out and he has seen scheduled fights with Javier Fortuna and Diaz fall through. Can Garcia beat Tank? Garcia needs to get back in the ring first and prove he is 100 percent ready. But down the road, maybe as soon as next year, a Davis-Garcia fight would for sure be a hot one, a fight we would all tune in for.

Is Mayweather really “protecting” Davis? That seems harsh, while I’m sure you will have your opinion on whether or not Luke Campbell is better than anyone Davis has faced. One things is definite: the lightweight division is buzzing right now. Just who is the current top dog – George Kambsos Jr, Tank Davis, Devin Haney, Vasyl Lomachenko, Ryan Garcia, or someone else?