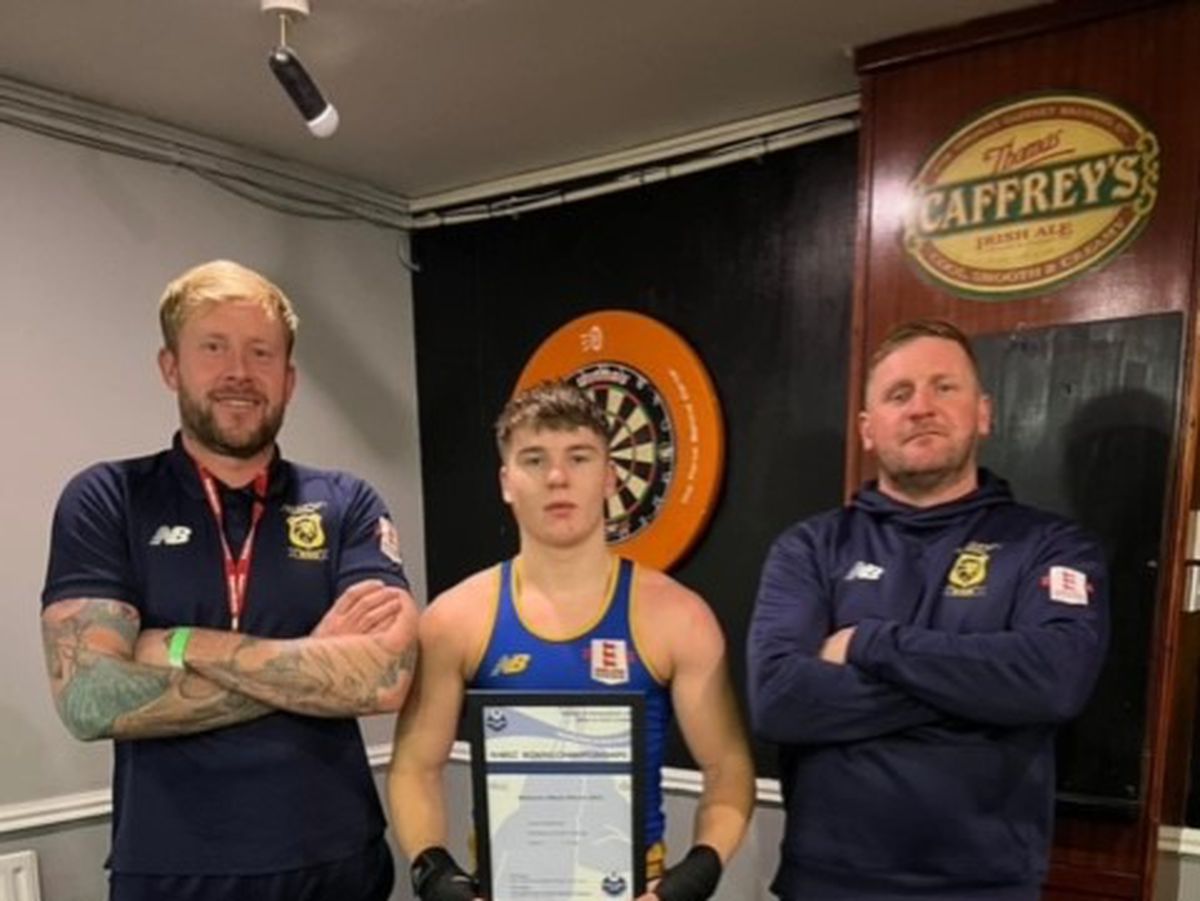 They have 40 people training with them on a regular basis at the Old Grange School on Mount Pleasant Road including 17 junior fighters and two females, with eight being members being active in tournaments.

Recently at Newdigate Colliery Sports and Social Club in Bedworth, Welshpool based Lennox McDonald took part in the West Midlands finals of the National Association of Boys and Girls Clubs competition

Boxing in the 70-75kg categotry, the 18-year-old faced Isaac Vanderpuye of Stoke Staffs ABC, and frustrated him with slipping and great lateral movement.

McDonald landed multiple overhand rights along with some left hooks to bring a unanimous points win.

He then moved onto the quarter finals by beating Qasim Khan, a national champion and England international from One Nation ABC who had an impressive record of 26 wins from 33 bouts. But McDonald was unfazed, and boxed with confidence from bell to bell, commanding the pace of the bout and countering Khan again and again to again get a unanimous points win.

But his hopes of progressing to the semi final ended in heartbreak before the bout when he fractured his right thumb in sparring and had to pull out of the tournament.

Kian Evans had already had to pull out of the same tournament at the start due to unforeseen circumstances but he did enjoy success in one last month hosted by Brooklands ABC and held at Baggeridge in Dudley.

He faced a powerful looking home boxer Zidan Hines but stopped him in the opening round after landing multiple shots which proved to fast and too accurate for the Brooklands boxer to respond. A three shot combination saw the referee give Hines a standing count, with his corner throwing in the towel shortly after.

Paul Dowler, who helped start the Shrewsbury School of Boxing, said the club had gone from strength to strength since starting and they were looking to become more active in competitions.

He said: “We are the only club in Shrewsbury registered for lads to box and we have eight so far, with an 80-per-cent win rate since we started which is pretty good for such a young club.

“Me and Sam (fellow coach Majski) are trying to bring fighters through when they are ready whilst encouraging an all inclusive feel to the club which includes youngsters, females and those who just want to train but don’t necessarily want to fight. “Boxing training is a great way to keep fit and for those with the talent or drive to go on and participate in tournaments, the opportunities are there. “In Lennox’s case he was very unlucky to sustain the hand injury as he was going well in the tournament but he looked great in his two bouts, full of confidence and two good for experienced fighters – his time will come again.”

Shrewsbury School of Boxing is open three nights a week for training – for more information call 07536 003 904 or e-mail shrewsburyschoolofboxing@outlook.com