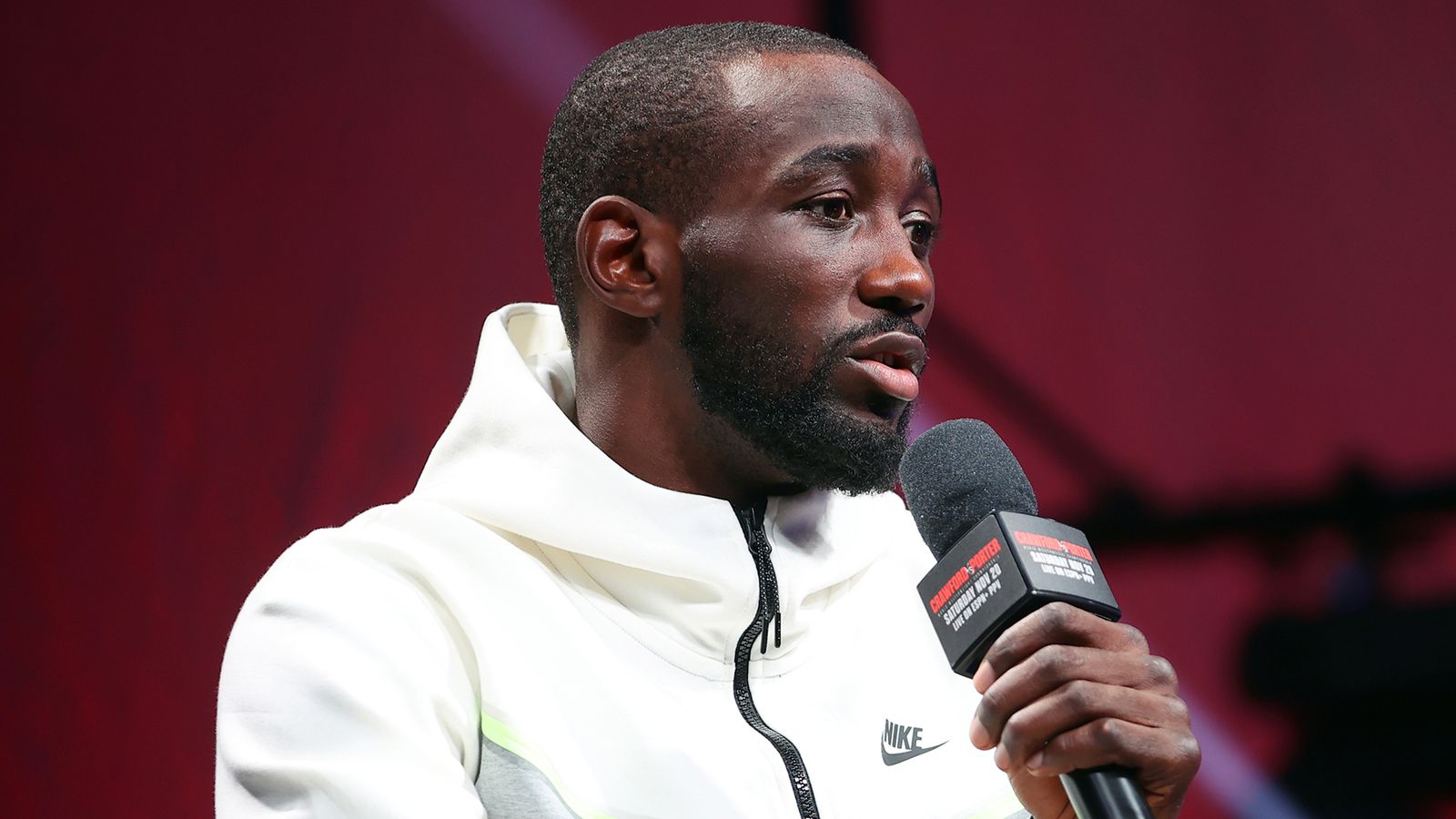 Terence Crawford and Shawn Porter did not go face to face, allowing the tension to heat up, with their world welterweight title fight edging closer.

Crawford will defend his WBO belt and his status as one of the world’s best fighters in the most difficult task of his career so far against Porter, live on Sky Sports, from 2am on Sunday morning.

With the crowd anticipating the traditional face-off at Wednesday night’s press conference, Crawford and Porter opted not to make eye contact.

They instead kept their distance and let the atmosphere build ahead of Friday’s weigh-in when they will next meet.

Asked about why he wouldn’t describe his brutal intentions, Crawford said: “He doesn’t have to believe it. I will show him on Saturday.”

Porter replied: “There isn’t much I can say to change the way he thinks about himself, and vice versa. He can’t say to me ‘I will beat your ass’ and he knows that, which is why he doesn’t dare do it.”

Crawford insisted his mind was already on the fight: “It’s already flipped. Once we signed the contract the switch was flicked.”

“He could do you this way or that way. That’s the difference between Terence and Shawn.”

Porter had previously told Sky Sports that any face-off could turn ugly, saying about the simmering animosity: ” It will change. As the days go on.

“I’m a fighter who is active, not reactive.

“Terence will have to react to me. I will not react to Terence.

“He’s a fighter so I’ve got a feeling that he will want to fight.”

Benavidez vs Davis: Live results and round by round coverage, 9 pm ET