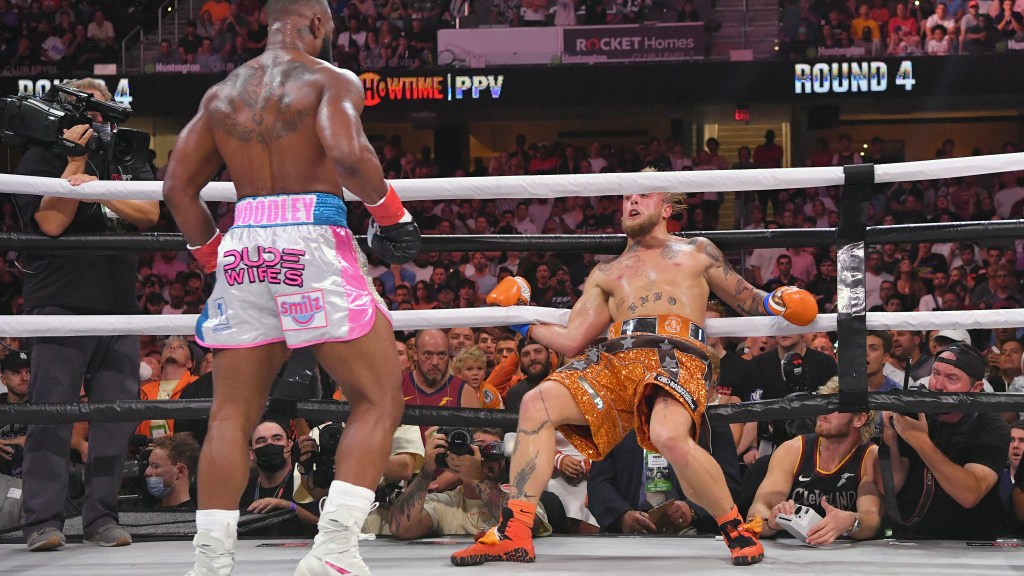 Was it a great watch? I mean, it was OK? The crowd was electric and there were some fun moments in the fight but there really isn’t any reason to run this one back, as Woodley asked for after Paul was announced the winner via split decision even though Paul clearly won six of the eight rounds.

Let’s take a look back at the action from Cleveland in what was a night that combat sports fans will likely soon forget.