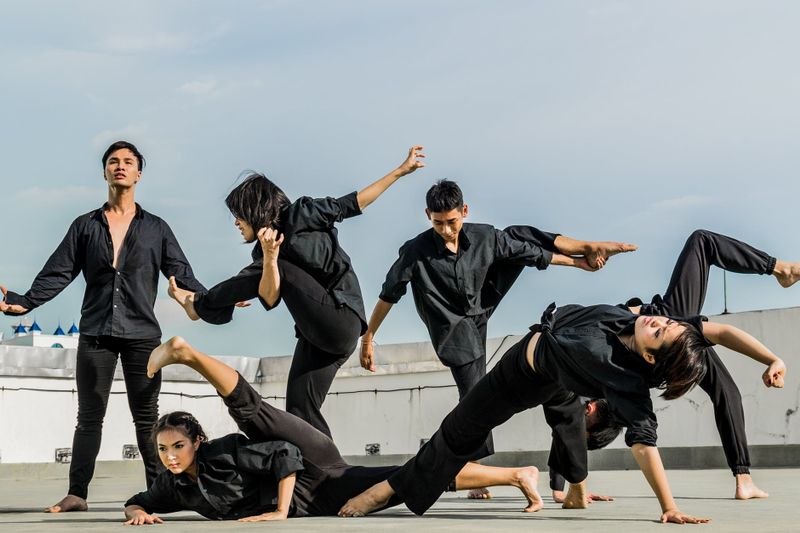 Since the history of evolution, human beings have been developing sets of survival skills and tools to defend themselves. These skills and tools range from sticks and stones first created by Neanderthals to today’s powerful & deadly martial arts disciplines.It may even surprise you that there some martial arts that are actually specifically designed to break bones instead of boards. As you probably have gathered, we’re sort of obsessed with martial arts and here, we’d like to share our picks of the top 10 most lethal martial arts disciplines that have ever been created. This list consists of a mixture of popular modern martial arts as well as long-established martial arts styles that you may never have heard before.They are geared to not only be deadly but also to unlock true human potential. Curious to find out as to which ones made the list? Read on!
10. Kung Fu Shaolin Monks practicing Kung Fu
Often referred to as the Grandfather of hand-to-hand fighting, Kung Fu has been practiced for centuries in its land of origin, China. Used by Chinese warriors as a form of attack as well as self-defense.Kung Fu is the general term used for Chinese martial arts. Although there are a variety of styles of Kung Fu training, they all share the same root: to strike your enemy with lightning speed and preventable power. Monks are renowned practitioners of Kung Fu, shaping their bodies and minds into lethal tools of war – with or without weapons.carousel,https://www.bookmartialarts.com/all/s/kung-fu
9. Muay Thai (Thai Boxing)
Thailand’s most celebrated “Art of Eight Limbs” is renowned for its substantial use of elbow and knee strikes. It is no surprise that such ferocious form of self-defense would emerge from a country who has faced much violence and conquest tracing back the history to Siamese Revolution in 1932.Interested in learning more about Thailand’s national combat sport? Sign yourself up for an authentic Muay Thai Training Camp in Thailand!
8. Brazilian Jiu-Jitsu Royce Gracie locking down his first UFC title beating Ken Shamrock. Image Credit: Hubpages
Brazilian Jiu-Jitsu, also known as BJJ, has gained its current popularity fame through the Ultimate Fighting Championship’s (UFC) first, second, and fourth winner, the legendary Royce Gracie. He is renowned in his victories in defeating much larger opponents who had previously trained a variety of other styles. In BJJ, however, it is more advantageous for smaller practitioners to employ their bodies’ leverage, since the sport emphasizes ground fighting.» Show me BJJ camps in Brazil.youtube
7. Eskrima Eskrima was outlawed by the Spanish for being ‘too dangerous’. Image credit: Itimes
Eskrima (Arnis or Kali) is the national sport of the Philippines which emphasizes on hand to hand combat as well as weapon-based fighting which employs the use of sticks, knives, bladed weapons, and various improvised weapons.What you may not know about this particular martial arts style is that it was prohibited during the Spanish invasion, and yet still exists to this day because the locals were able to disguise the powerful fighting style as a dance.» Show me Eskrima training camps in the Philippines.
6. Bacom Vale Tudo events are often so brutal they had to be held underground. Image Credit: Ensomartialarts
Considered less popular than other Brazilian martial arts styles such as Capoeira and Brazilian Jiu Jitsu, this full contact combat sport is as lethal seeing that its name literally means “anything goes”. It consists of a very limited number of rules and combines techniques from numerous martial arts. Fights are mostly held underground because it is quite brutal and dangerous that it often creates a stir in the media.
4. Ninjutsu The Ninjas were commonly referred to hinin (non-humans). Image credit: Pinterest
Ninjutsu is one of the most renowned martial arts in popular culture as just about anyone is familiar with the term ‘Ninja’. Back in feudal Japan, this martial art style focused on unconventional warfare, espionage, and assassination. Ninjas, those who practice Ninjutsu, were even often referred to ashinin (non-humans).Here are some more interesting facts about Ninjas and their training. carousel,https://www.bookmartialarts.com/all/s/ninja
3. Rough and Tumble A Rough and Tumble in Georgetown. Image credit: WETA
This form of brutal martial arts gained its fame during the American Revolution in the 17th Century. It is said to be one of the few fighting styles native to the United States.This colonial bloodbath emphasizes on maximum disfigurement with the involvement of eye-gauging to tongue-biting. Nowadays, the term “Rough and Tumble” is more associated as a term for rough disorderly unrestrained fighting or struggling.
2. Line Line was used as US Marine Corps’ method of combat throughout out the 90’s. Image credit: Flickr
Line is the abbreviated name of “Linear Infighting Neural Override Engagement”, this lethal warfare technique accommodating the combination of various martial arts techniques including Judo’s classical “hip-throws” was used by the US Marine Corps throughout the 1990s and is still employed by numerous special forces.Succeeded by Marine Cops Martial Arts Program in recent years, it was relatively inflexible especially for non-emergent situations such as peacekeeping operations, because its main objective is to end the life of your opponent.
1. Krav Maga Krav Maga’s renowned unofficial motto: “Hurt them real bad and then get away.”. Image credit: Ultra Krav Maga
It probably comes as no surprise that the world’s most effective and dangerous form of combat from one of the most conflicted regions of the world. Krav Maga is a non-sport form of martial arts, meaning it doesn’t concern itself with the opponents’ well-being.This popular martial arts style was first developed for the Israeli Defense Force and was created with the sole intention of inflicting as much pain as quickly and efficiently as possible which often includes deliberately ending the life of your opponent. According to the New York Times, Krav Maga’s unofficial slogan is “Hurt them real bad and then get away”.carousel,https://www.bookmartialarts.com/all/c/beginners/budget-campsCheck out our vast collection of martial arts training across the globe today and give yourself the priceless gift of survival skills!