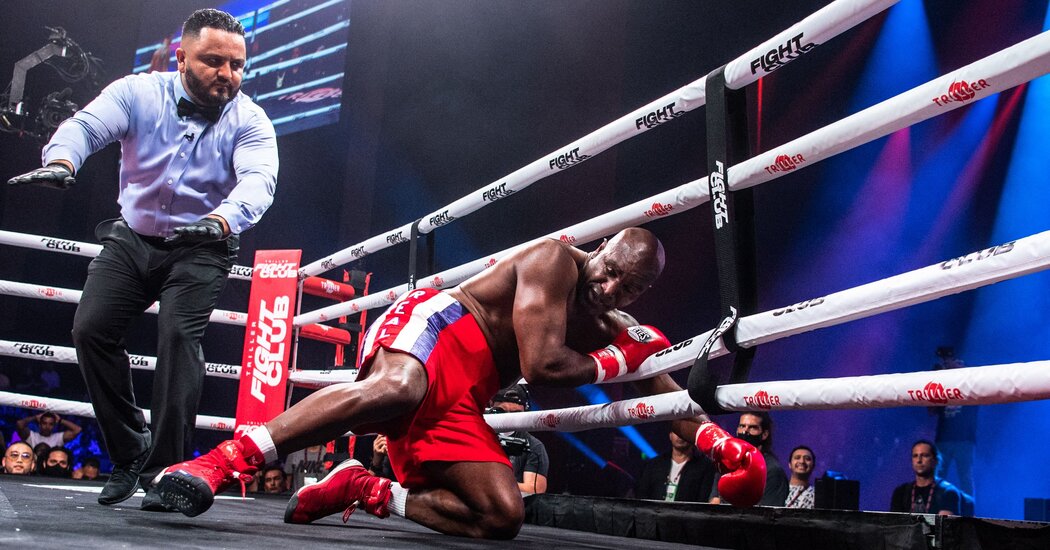 Boxing is no stranger to farces, to fights that never should have been approved or to events built much more around absurdity and car crash-like allure than around actual fighting. The entrance of Triller and YouTube stars into boxing over the last year, and the way they have sometimes garnered much more attention than the biggest and best fights — as in articles like this one — could have been an occasion for garment-rending and teeth-gnashing, for fears that this is just what boxing is now.

But in conversations over the last few months, key people around the sport have mostly focused on the positives. One promoter said he wished his fighters could promote themselves even partially as well as Jake Paul and Logan Paul do.

In the grand scheme of things, boxing is just content that can be watched online — literally everything, now, can be mined for content to watch online — and viewers are viewers and customers are customers. It’s also hard to get mad about the carnival coming to town after the López fight was moved, a Tyson Fury-Deontay Wilder fight was moved, and Errol Spence Jr. withdrew from his fight against Manny Pacquiao because of a torn retina.

The confusing alphabet soup of sanctioning organizations, and the way that holds the sport back, is a frequent topic of conversation around boxing. What is talked about less is the fracturing of where the sport can be seen, especially after HBO pulled out of it entirely.

In 2021, everybody needs content, and live events — especially live sports — are the most valuable. But the rights to show most sports are locked up for years, and even if they were not, they are prohibitively expensive. Want to show N.F.L. games to attract subscribers to your product? You can’t even get in the door for under $10 billion.

Boxing, however, is a free-for-all, and by comparison, $6 million for a title fight — or whatever Holyfield and Trump are being paid for whatever Saturday night’s event was — is a veritable bargain. But as numerous promoters and broadcasters have discovered, boxing’s low barrier to entry and its absolutely chaotic nature are why is impossible to fully understand, and impossible to control.

Triller seems to believe it can plow ahead with big spending. After Belfort’s victory, Kavanaugh entered the ring to offer $30 million for a Thanksgiving fight between Belfort and Jake Paul, which is surely a prelude to two months of posturing, yelling and viral videos.

Kavanaugh made no mention of the López title fight Triller is supposed to be putting on in three weeks.