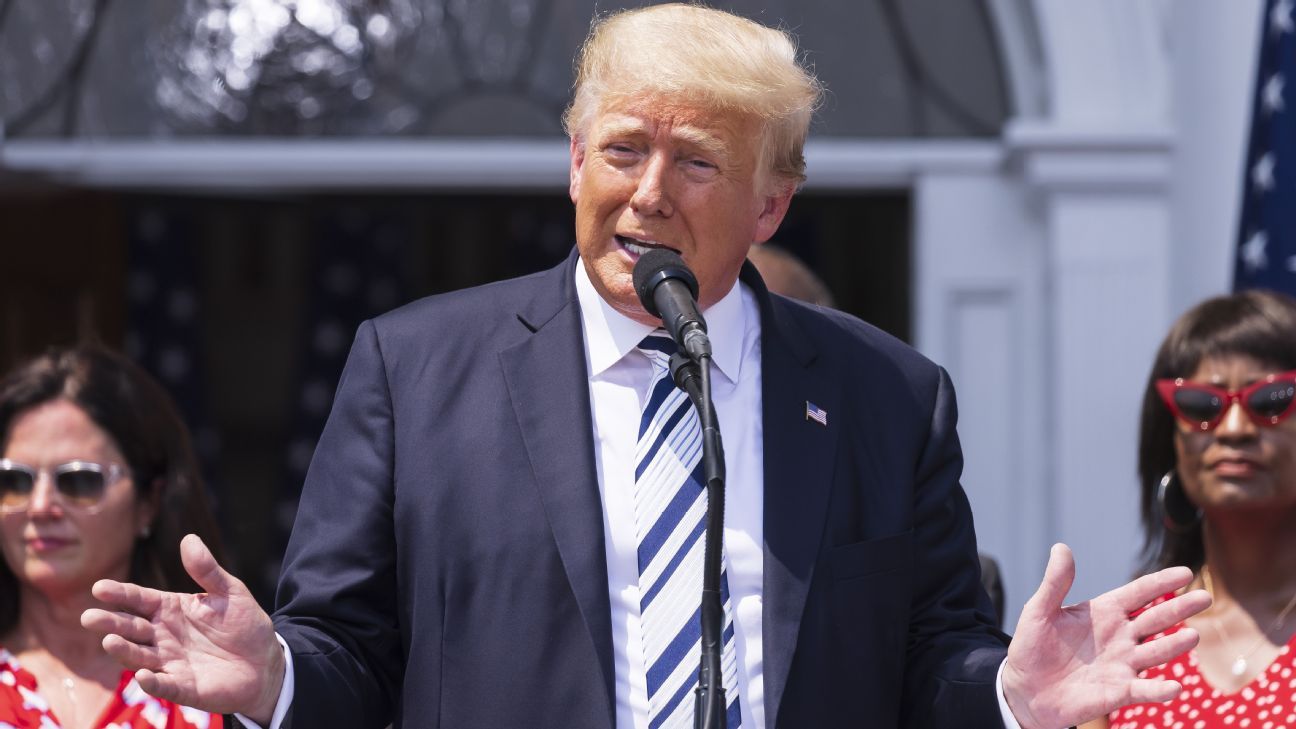 Former President Donald Trump has signed a contract to provide commentary on a “gamecast” of Saturday’s boxing event headlined by Evander Holyfield vs. Vitor Belfort, Triller told ESPN on Tuesday.

His son Donald Trump Jr. will join him at the Hard Rock Hotel & Casino in Hollywood, Florida.

“I love great fighters and great fights,” Donald Trump Sr. said. “I look forward to seeing both this Saturday night and sharing my thoughts ringside. You won’t want to miss this special event.”

The Trumps will call the entire four-fight telecast that also includes Anderson Silva-Tito Ortiz and David Haye-Joe Fournier, according to Triller.

Holyfield, the 58-year-old former heavyweight champion, stepped in on short notice as a replacement for Oscar De La Hoya, who tested positive for COVID-19.

Trump, 75, is a veteran of the fight game, having hosted many boxing matches in the 1980s and ’90s at his casinos in Atlantic City, New Jersey.

Triller has dabbled with celebrity commentators before. Snoop Dogg was a part of November’s Mike Tyson-Roy Jones Jr. telecast and also the April fight between Jake Paul and Ben Askren. Pete Davidson, too, was a part of April’s telecast.

Jim Lampley, the longtime blow-by-blow man for HBO, will call the main telecast alongside former champion Shawn Porter. Viewers will have the option to purchase either the main telecast or the Trump “gamecast” for $49.99.