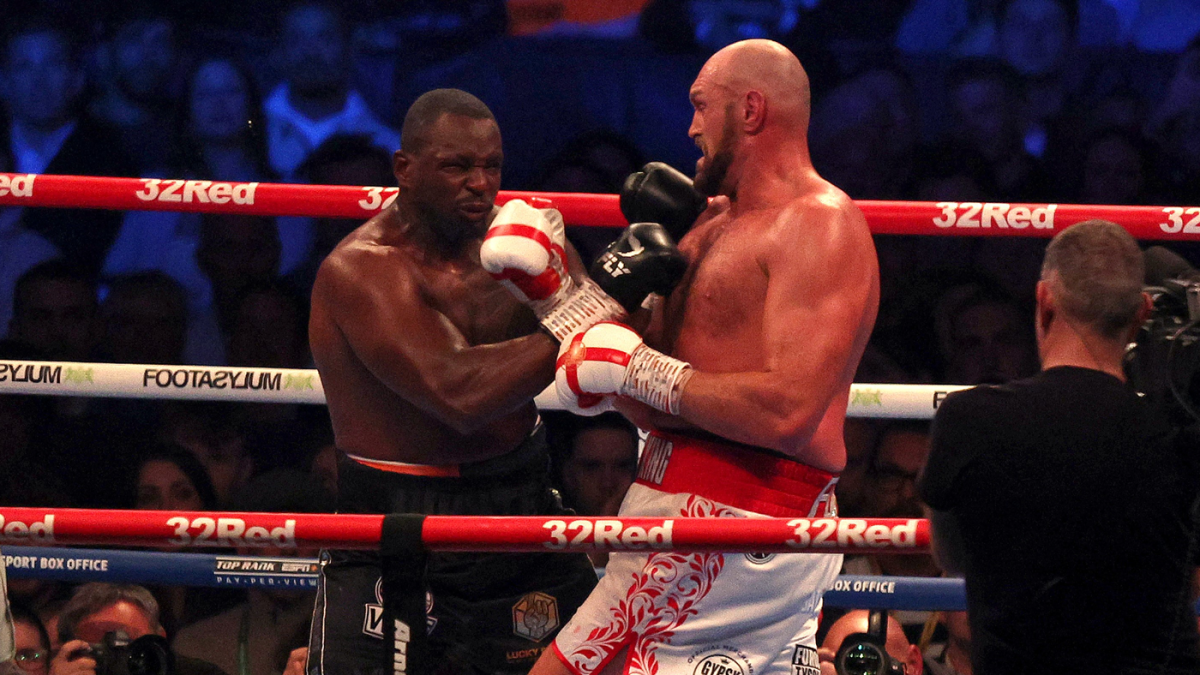 Dillian Whyte waited years as the “next man up” for the WBC heavyweight championship. Whyte’s opportunity finally came on Saturday night in London and the dream opportunity turned into a nightmare as he was badly outboxed by Tyson Fury before being knocked out with a heavy uppercut in the final seconds of the sixth round.

Whyte tried to mix up his game from the jump, coming out in a southpaw stance. The tactics didn’t seem to much bother Fury, as the champion fought his ideal gameplan, sticking to the outside and mixing jabs and lead left hooks with solid work to the body.

As the dominance mounted for Fury, Whyte seemed to get frustrated, leading to several clinches where heads clashed and elbows and rabbit punches were thrown. The referee lost control of the action in Round 4 as the two heavyweights refused to listen to his instructions to break.

Once the action settled back into something resembling a boxing match, Fury went right back to exercising control with his reach advantage, forcing Whyte to take more chances to close distance.

The Fury jab would eventually set up the finishing moment in Round 6 as he followed up a jab with a right uppercut that stunned Whyte and sent him crashing to the canvas. Whyte beat the count but as he attempted to walk to the referee, his balance was still not there and he stumbled into the ropes, leaving the referee no choice but to waive off the fight at the 2:59 mark of Round 6.

Can’t get enough boxing and MMA? Get the latest in the world of combat sports from two of the best in the business. Subscribe to Morning Kombat with Luke Thomas and Brian Campbell for the best analysis and in-depth news, including instant analysis of Fury’s epic knockout win over Whyte at the conclusion of the event.

“Listen, Dillian Whyte is a warrior,” Fury said after the fight. “I believe he’ll be a world champion. But I’m one of the greatest heavyweights of all time and unfortunately for Dillian, he had to face me here tonight.”

The uppercut was similar to the shot from Alexander Povetkin that put Whyte to sleep in their 2020 contest. Whyte would come back to avenge that loss, but he likely won’t get that opportunity as Fury’s next step would likely be a four-belt unification bout — or the retirement he once again promised following the fight.

“You know, I promised my lovely wife that after the Wilder 3 fight, that fight would be it and I meant it,” Fury said. “But I got offered to fight at Wembley at home and I believed I deserved and owed it [to the fans]. Now it’s all done. I have to be a man of my word and I think this is it. This might be the final curtain of the Gypsy King.”

Elsewhere on the card, Ekow Essuman took care of business against Darren Tetley for a unanimous decision win. Nick Ball beat down Isaac Lowe before the referee came in to stop the contest in the sixth round. And Fury’s half brother Tommy returned to action to handle Daniel Bocianski by referee’s decision over six rounds.

CBS Sports was with you throughout the entire way on Saturday night, so be sure to follow along with the live results and highlights below.

Paul Butler on fighting Naoya Inoue: I want the fight in Japan, will go in believing I can win