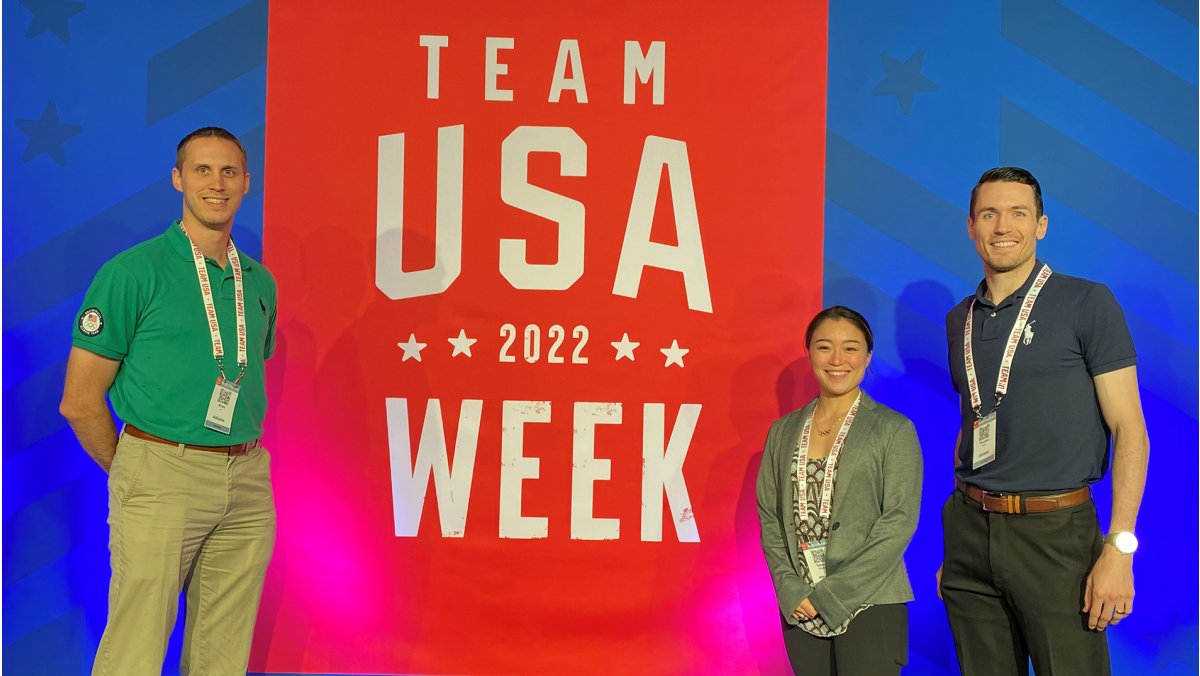 US Karate athletes were among the Team USA Olympians who were honoured at the White House this past week. The Karate delegation was formed by Olympians Thomas Scott, Sakura Kokumai and Brian Irr, and coach Javier Mantilla.

Over 600 Team USA Olympians and Paralympians were welcomed at the White House this past week to honour their achievements at the Summer and Winter Olympic Games. The visit to the White House wrapped up a series of activities in Washington DC that put the focus on the Olympians and their many accomplishments in the last editions of the Olympic Games.

Karate was highly represented at the “Team USA Week” as Olympians Brian Irr, Thomas Scott, and Sakura Kokumai celebrated Karate’s success at the Tokyo 2020 Olympic Games. The list of US Karate Olympians is completed with Tokyo 2020 Bronze medallist Ariel Torres, who was absent due to family reasons.

The Karate delegation also had the opportunity to interact with representatives of the US Olympic and Paralympic Committee and LA28 Organising Committee as Karate is aiming to be included in the programme of the Olympic Games Los Angeles 2028 as an additional sport.

The three Karate Olympians highlighted Karate’s popularity worldwide, the tremendous influence of the sport in the US, as well as the very favourable economic prospects of the discipline, among the many positive factors of Karate in its quest to return to the Olympic programme.

“The Olympic debut of our sport in Tokyo 2020 was a complete success story and our Olympians are the best ambassadors of this success. The great added value of Karate as an Olympic sport was once again highlighted at Team USA Week through the honour, elegance, and respect displayed by our athletes there.”

“I want to thank Thomas, Sakura, Brian, Ariel, and Javier for being great representatives of Karate in the US. Our athletes and their many values deserve the Olympic inclusion of our sport.” 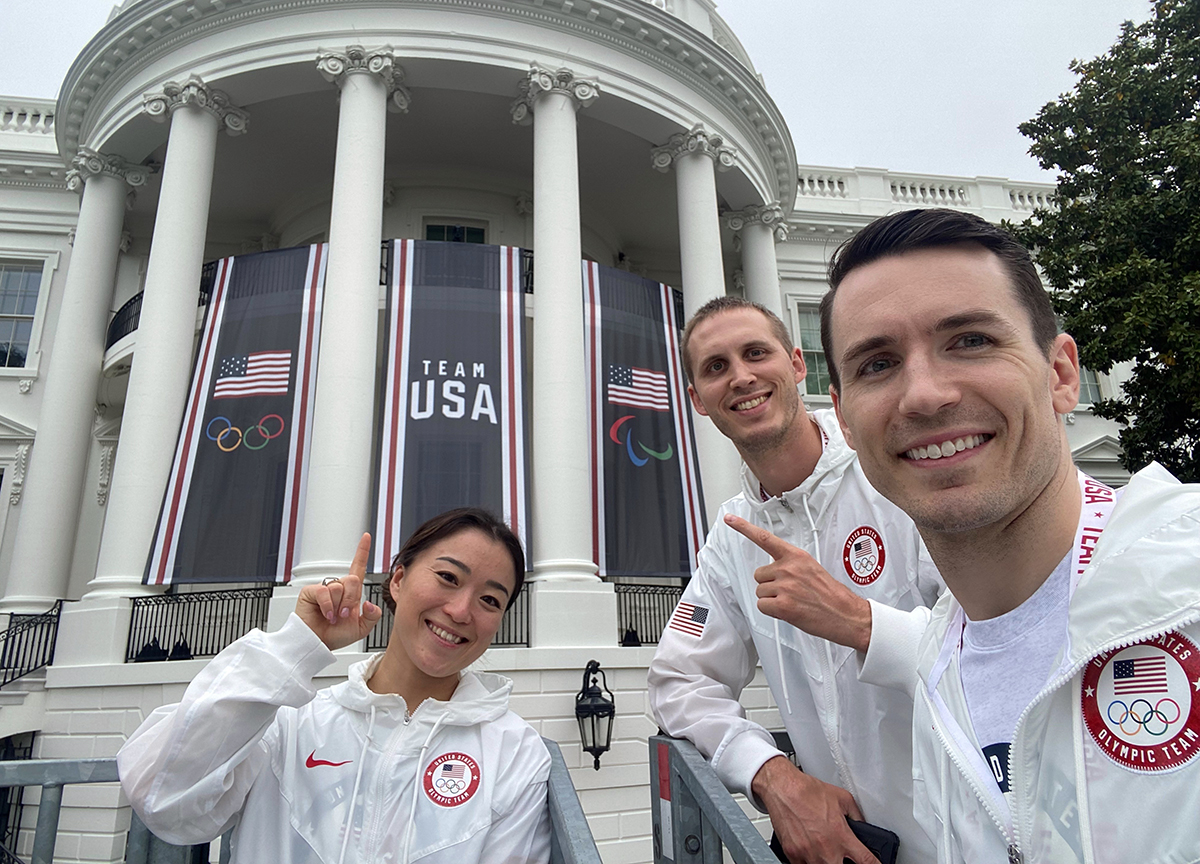 The three US Karate Olympians at the White House during Team USA Week. 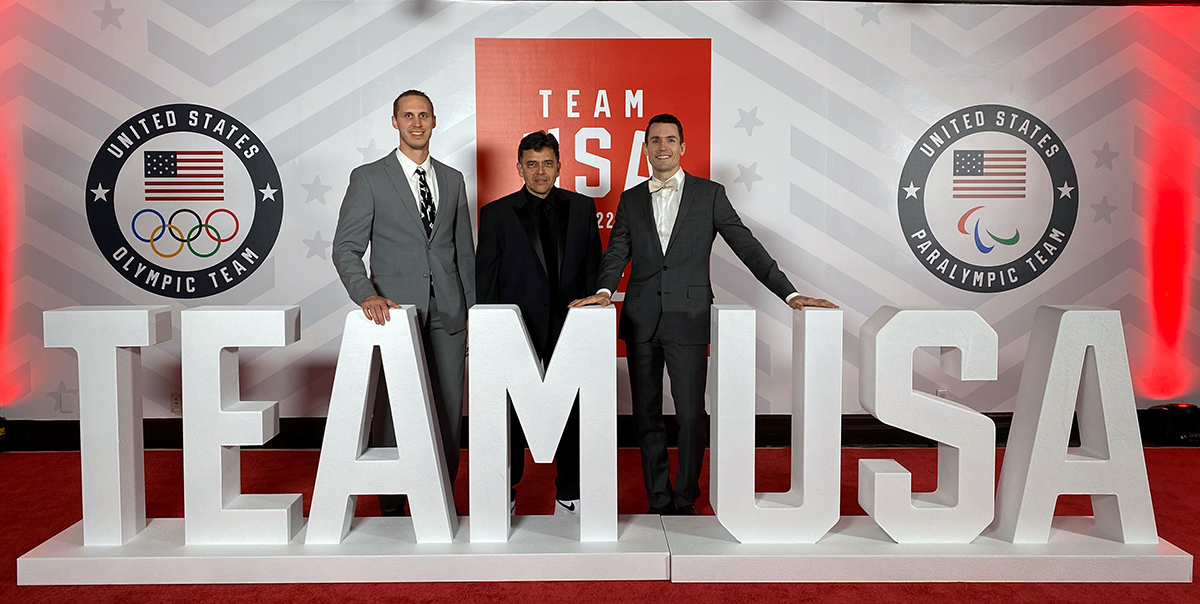 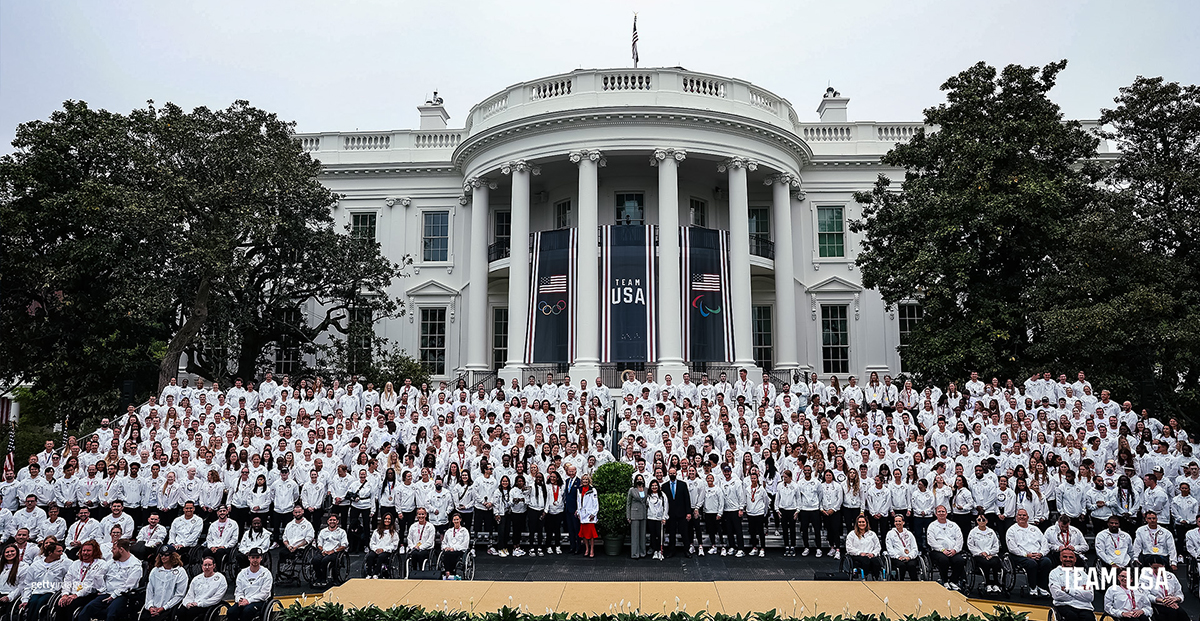 Family picture of the US Olympians and Paralympians at the White House (picture: Team USA).