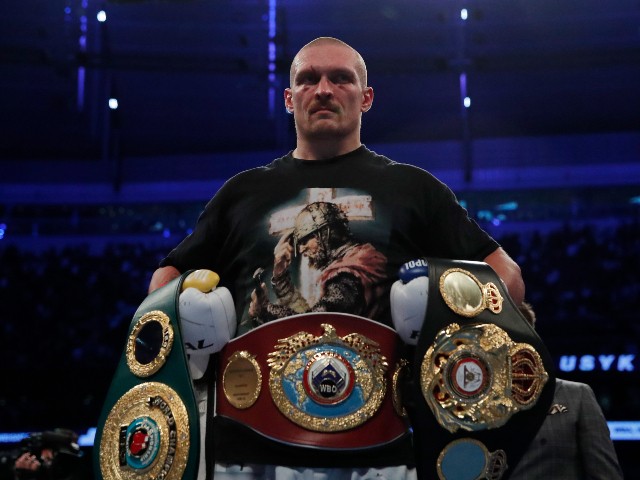 The heavyweight world title rematch between Oleksandr Usyk and Anthony Joshua is confirmed for August 20 in Saudi Arabia.

The world heavyweight title rematch between Oleksandr Usyk and Anthony Joshua has been confirmed for August 20.

Back in September, Usyk posted an upset win over Joshua, deservedly recording a points victory which secured the IBF, WBA and WBO belts in the process.

Ever since suffering the second professional defeat of his career, Joshua has been adamant about finalising a rematch, even turning down step-aside money so that Usyk could head into an undisputed clash with Tyson Fury.

Further delays have hit discussions, Usyk initially staying in Ukraine to fight for his country in the war against Russia and Joshua undergoing a change of coaching setup.

At one stage, a date of July 23 was proposed and appeared close to being confirmed, but the two will now collide again on August 20.

The showdown will take place in Jeddah in Saudi Arabia, a different location to where Joshua fought Andy Ruiz in Diriyah back in December 2019.

Speaking to Matchroom Sport’s official website, Joshua said: “What a roller coaster journey, fighting for the Heavyweight Championship of the World for the 12th consecutive time.

“Fighting championship level back to back has had its pros and cons, but I decide every day to get stronger, to learn from my experiences and grow. A happy fighter is a dangerous fighter and I am the happiest and most motivated I have been.”

Whoever prevails will likely attempt to set up an undisputed fight with Fury, who successfully defended his WBC title against Dillian Whyte on April 23.

Although Fury has insisted that he intends on retiring from the sport, he is yet to vacate his world crown, arguably a hint that he will not make any decisions until later this year.