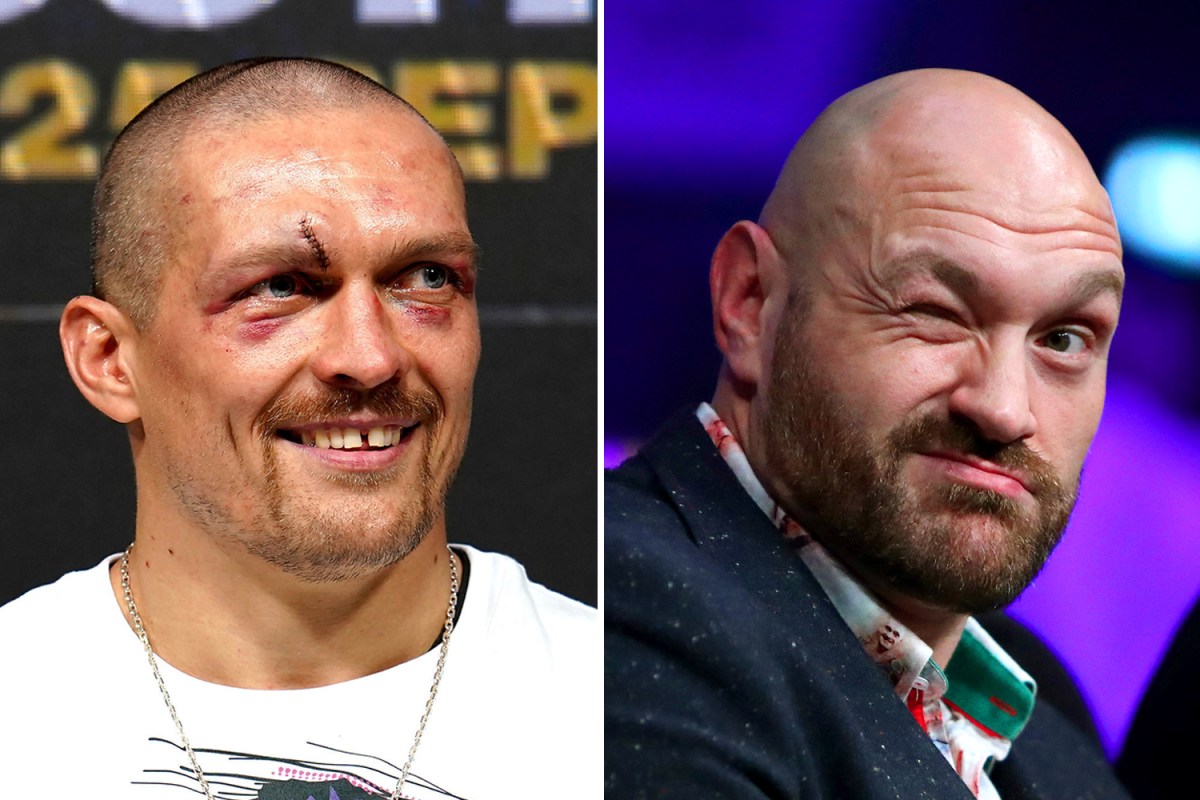 OLEKSANDR USYK’S coach has hinted the Ukrainian could be about to seal a deal to fight Tyson Fury in an undisputed blockbuster.

Most of the talk surrounds Usyk having the rematch against Anthony Joshua after handing the Brit a heavy points defeat in September.

Oleksandr Usyk could fight Tyson Fury for all the belts

Meanwhile, Fury’s promoter Frank Warren says the WBC champ will be back in action on March 26.

Dillian Whyte’s ongoing legal wrangles with the WBC mean the mandatory challenger may not be in position to take his chance.

And according to Sergey Lapin, Oleksandr Usyk’s assistant coach, the undisputed clash could be very much on the agenda.

He told MyBettingSites: ”Why not assume such an option as Fury-Usyk? It would be interesting for boxing fans, a historical event.

“If you remember a year ago, fans were waiting for a fight for the undisputed world champion in the heavyweight division between Tyson Fury and Anthony Joshua – but literally in a moment, everything changed.

JOIN SUN VEGAS: GET A FREE £10 BONUS WITH 100s OF GAMES TO PLAY AND NO DEPOSIT REQUIRED (Ts&Cs apply)

“The battle for undisputed champion in the heavyweight division is a very cool event that has not been held for more than 20 years.

“To date, there is no exact information about this fight, but recently I noticed that there is a lot of talk about it. Perhaps we will find out something interesting very soon.

“Usyk is ready for any challenges, especially if he may have the opportunity to combine all the belts in heavyweight, his advantage over other heavyweight boxers is the ability to box, and it’s worth a lot!”

With all the belts on the line, and both boxers real masters of their craft, a Fury versus Usyk scrap would having boxing fans buzzing.

Why not assume such an option as Fury-Usyk? It would be interesting for boxing fans, a historical event.

But Lapin is warning that it could well turn into more of a ‘chess game’ should they ever meet.

He continued: “If this fight between my fighter Usyk and Tyson Fury took place, it would really be a confrontation between two guys with high boxing IQ.

“It seems to me the fight would be more like a chess game, and victory will be in the hands of the one who will perform his task as productively as possible.”

But he has every confident his man would make history by becoming undisputed heavyweight champ.

He added: “Boxing is an art, and representatives of different styles arrange cool fights!

“Fury’s style can be very dirty, if Alex Usyk copes with Fury’s dirty style, then victory will be his!”

Benavidez vs Davis: Live results and round by round coverage, 9 pm ET