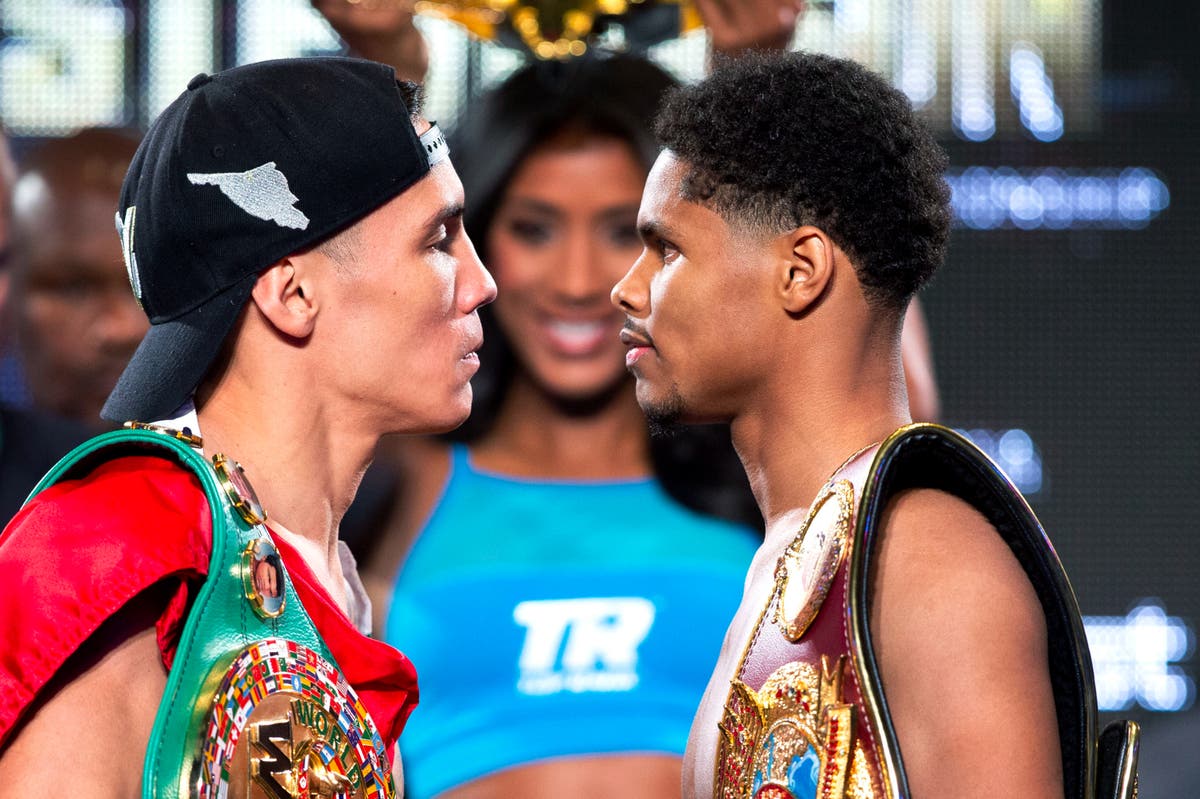 Saturday night’s massive main event at the world-famous MGM Grand Garden Arena is a battle of undefeated two-weight world champions who are both seeking to become the first unified king at 130lbs since Mexican icon Marco Antonio Barrera, 17 years ago.

2016 Olympic silver medallist Stevenson has held the WBO belt at super-feather since his comprehensive one-sided stoppage of Jamel Herring in October, while Mexican Valdez sensationally knocked out Miguel Berchelt last year to take the WBC crown, which he later defended in a controversial win over Brazil’s Robson Conceciao.

Earlier on tonight, Katie Taylor and Amanda Serrano compete for all the lightweight belts in the biggest fight in women’s boxing history at Madison Square Garden in New York.

Where to watch Valdez vs Stevenson

TV channel: In the UK, Valdez vs Stevenson is being broadcast live on Sky Sports Main Event and Sky Sports Arena tonight, with coverage beginning at 2am BST on Sunday morning.