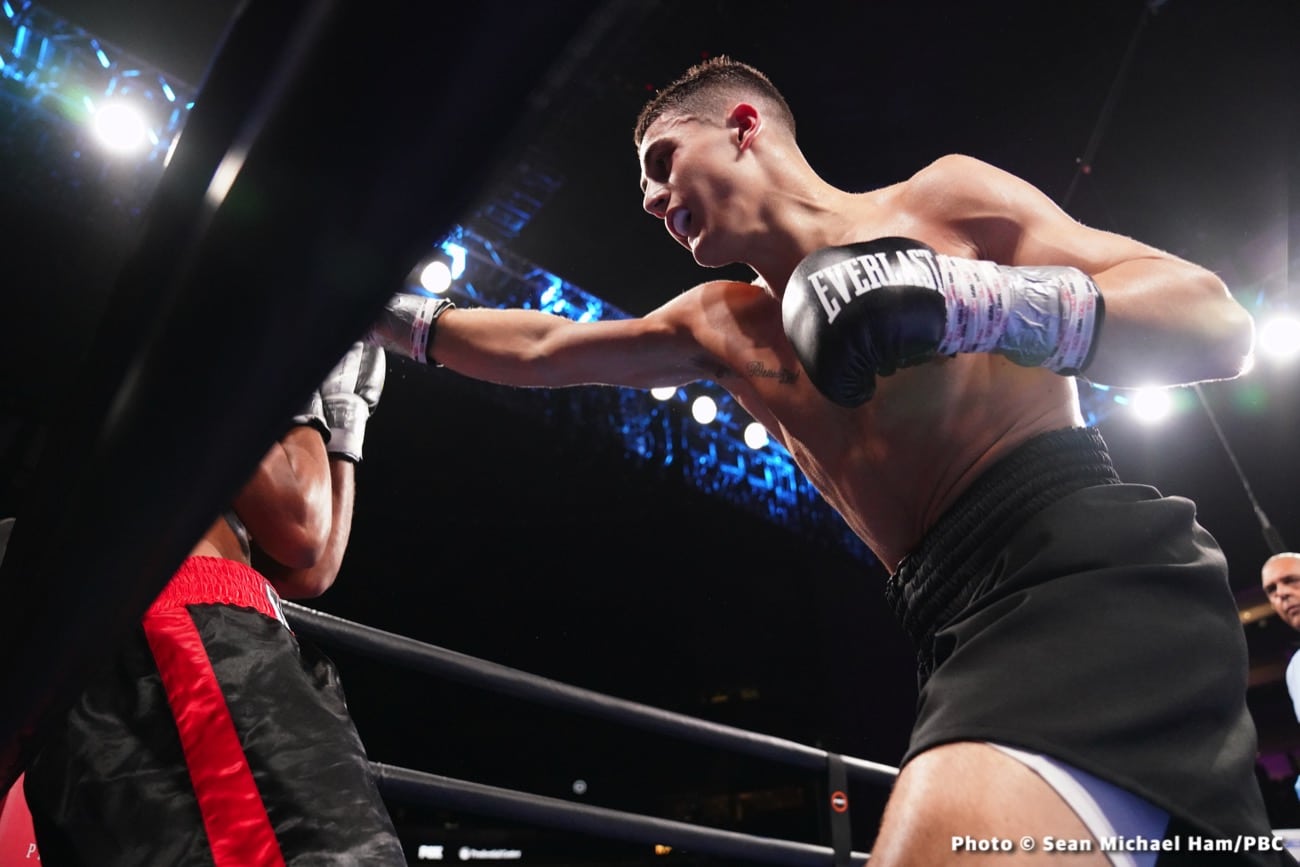 Joey Spencer on the undercard has an interesting background story on this card. His last fight at Prudential was against James Martin on the undercard of a program on July 31, 2021 at Prudential. Martin had last fought Mielnicki handing him his first lost albeit by a majority decision. On the July 31 card Martin was to fight Mielnicki in a re-match but failed to make weight. Joey Spencer stepped in and saved the fight against Martin handing Martin a unanimous decision loss.

Young Vito made his pro debut at age 17 also at the Prudential in July 2019 in a four-round super welterweight bout having received a special exemption from the New Jersey Athletic Control Board to compete at age 17 due to his exceptional skills as an amateur. Vito’s interest in boxing began at the tender age of 7 watching with his dad a Floyd Mayweather fight. He laced the gloves on for the first time at age 8 and fought in 167 amateur matches and holds an amateur record of 147-20. His final one as an amateur was in Spain and he lost a controversial decision. He felt that the boxing skills he showcased in that bout qualified him to go for pro. In his last fight, also televised by Fox Sports from the Prudential Mielnicki stopped Noah Kidd at 2:21 of the second round.

The cause of Mielnicki’s great promise of success, that besides his talent he has an elite team behind him.  With Al Haymon as his adviser, signed by Premier Boxing Champions who are grooming him to be a star attraction and probable future World Champion in three to four years. With Vito being only 19 years old at 147 lbs. there is the potential for him to be a multi divisional titlist as his frame fills out. So many celebrities in sports and entertainment let the fame take them down wrong roads. But with his parents and his respect for them this won’t happen. His Father Vito Sr. is a boxing manager and trainer with a stable of fighters. His Mother Tricia Miernicki is a guiding force that keeps his feet on the ground and levelheaded.