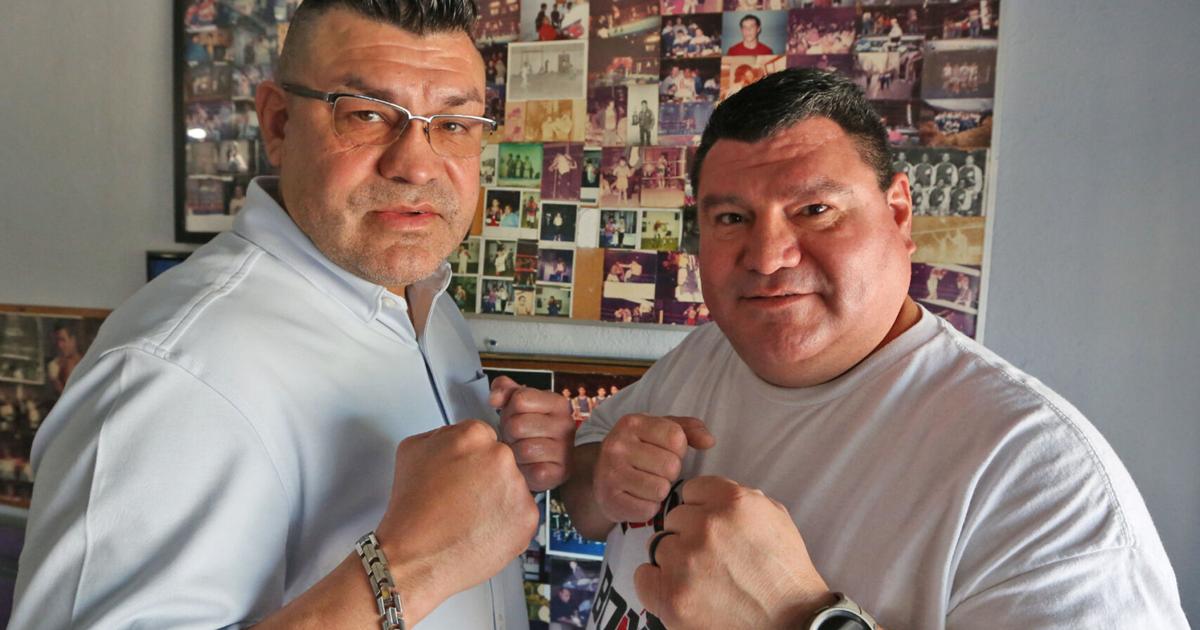 The kids who shuffle through the doors of the Waco Boxing Club have spotted the yellowed newspaper clippings, the dusty photos, and the antique championship belts. But it still feels a little like ancient history to them.

Lately, however, history has sprung to life.

Waco’s Jaime and Michael Lerma have long been considered boxing royalty in the City of Waco. Now the entire state is solidifying that status, as the Texas Boxing Hall of Fame is honoring the brothers it its inaugural class.

Jaime Lerma operates the Waco Boxing Club, the place where he first strapped on a pair of gloves, and he gets a thrill out of training the next generation of pint-sized pugilists. Even if those young fighters had no real idea they were getting tips from a real-life Hall of Famer.

“I announced it to them last week, and they’re all pretty excited about it,” Jaime said. “We’ll have to do something to celebrate, because it’s pretty awesome. Now they’re saying, ‘I want to be there someday. I want to do this.’ When you win a world title and accomplishing everything I did, it was way before their time, so a lot of them don’t realize everything I had done.

“They weren’t around for it, so they don’t see it like the guys that are fighting today. It’s a little different for them. With this happening, they’re all like, ‘Oh, wow, that’s my coach!’ They’re enjoying it.”

Jaime and Michael succeeded on a level no other Waco boxers can claim. Jaime, 50, won a silver medal in the Junior Olympics as a teenager and made Team USA at age 17. He turned pro a year later, and worked his way up the ranks, winning the WBF World Welterweight Title in 1996. He retired in 1999 with a record of 25-8 with 18 knockouts.

Michael, 48, compiled a 29-10-1 professional record from 1995-2004. He won the WBC Continental Americas Super Welterweight title, and later fought for the WBO World Super Welterweight belt, losing by decision to Daniel Santos. Michael finished off 20 of his pro opponents with knockout blows.

Now the brothers have been adopted into a new family — the Texas Boxing Hall of Fame family.

“The honor of being inducted into the Texas Boxing Hall of Fame is crazy, the feeling of that alone,” Jaime said. “But to be able to share that moment with my younger brother is pretty awesome. I couldn’t have asked for it to be any better. When I talked to Michael, I called him and let him know. He said, ‘Man, we haven’t done anything in boxing together since we were amateurs, and we’re going to get to do this together, so that’s pretty cool.’”

The Lermas’ father Jose had a deep passion for boxing and pushed his three sons — Joe, Jaime and Michael — into the sport. He took Joe and Jaime to the gym in 1978, then started bringing Michael a year later.

Michael, for his part, went kicking and screaming.

“I really didn’t have a choice in the matter,” Michael said, laughing. “My father put myself and my two older brothers into the sport of boxing. This was shortly before he passed away. He passed away a year later after he put us in the sport of boxing. So I had no hand in it. It was just like, ‘Oh, you’re going to do this.’ I was only five years old.

Michael, who now works as a Juvenile Correctional Officer at the McLennan County facility in Mart, credits boxing with instilling in him the work ethic and values he would need to succeed in life, not just in the ring.

“It taught me discipline. It taught me honor,” Michael said. “It taught me humbleness. It makes you very humble. It doesn’t matter what the person looks like, what their height is, whether they’re big, short, tall, small, anybody can beat you. It starts with being humble in everything that you do. It taught you to appreciate what you accomplished from it and what you gained from it, because of the hard work it took to get it. Everything you win, you cherished that.”

They’ll certainly cherish this latest honor. The Texas Boxing Hall of Fame recently announced a large group of inaugural honorees, a group that in addition to the Lerma brothers includes legends like George Foreman, Jack Johnson and Ann Wolfe. The Hall is planning to formally induct from that group in future ceremonies. Jaime said he has been told an induction ceremony is scheduled for 2023.

But the Lerma brothers will be among a group of 20 who will be recognized with an announcement inside the ring at the Hall of Fame’s “Night to Fight” on Saturday at the Comerica Center in Frisco.

It’s still a little hard to fathom, they said.

“It really hasn’t set in with me yet. I’m sure it will soon,” Jaime said. “That’s one that I never thought about. I started boxing when I was 6 years old, so growing up I always dreamt of being the world champion and, of course, the Olympics and all of that. … But the Hall of Fame, I never really thought about it. Now, after all these years, it’s exciting, to say the least.”

Since 2004, Jaime has operated the Waco Boxing Club, trying to carry on the legacy that Gilbert “Cuate” Sanchez started. Sanchez founded the club and trained many boxers over the years, including Jaime and Michael, before he died in 2001.

Jaime knows Cuate would have loved seeing his guys chosen as Hall of Famers.

Who knows? Maybe Jaime will be able to watch one of his current pupils follow a similar path.

“It would be great to have some of the guys I’m training one day be in the Texas Boxing Hall of Fame themselves,” Jaime said. “But as long as I can keep them off the streets and doing something positive with their lives, I don’t care what they do. If they make it in the Hall of Fame or even if they box anymore, if they’re living their lives good, then that’s great. I’m happy for that.”

Be the first to know

Get local news delivered to your inbox!