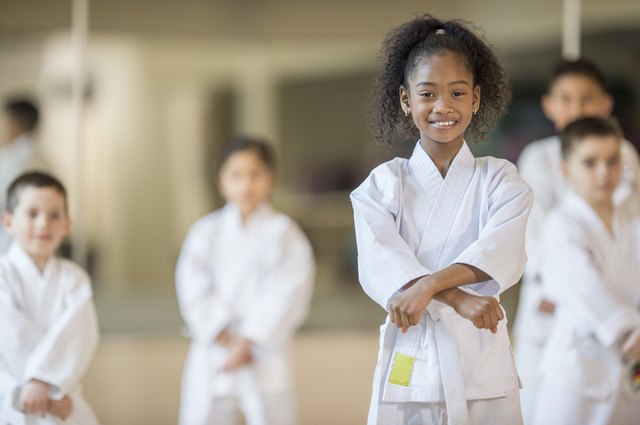 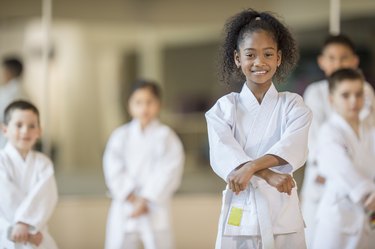 The mental, physical and emotional demands of martial arts encourage several types of resiliency in your child’s life.

There’s a lot of anecdotal evidence of the benefits children can get from studying martial arts: Discipline, respect and concentration, along with better strength, endurance and balance, just to start. But science is beginning to document these benefits and more, including improved resiliency and reduced symptoms of autism.

Consider the iconic scene in the 1984 movie “The Karate Kid,” in which the heroic young martial arts student Daniel LaRusso finished his championship fight in a martial arts tournament despite having an injured leg. Although it’s a dramatic Hollywood scene, the resilience depicted can be a very real benefit for children practicing martial arts.

This is borne out by a study published in a January 2019 issue of the International Journal of Environmental Research and Public Health, which explored how a 10-week martial arts program might help children who were subject to bullying.

Researchers found that the martial arts intervention had a significant effect on the study subjects’ overall resilience and on their academic, social and emotional self-efficacy — improving their ability to cope with the effects of bullying. And though the goal is to avoid situations where a child needs to use self-defense tactics, taking a martial art gives your children the tools to defend themselves — or others — if necessary.

A Source of Superpowers?

OK, maybe martial arts won’t really give your kids superpowers. But they might feel that way as they learn the skills to emulate some of the moves they see their favorite action heroes using in movies or video games. Perhaps more important to you as a parent, your kids will also be building strength, endurance and balance through their martial arts training — maybe even without realizing it.

Although they haven’t been scientifically verified, many martial arts teachers, students and students’ parents can verify anecdotal evidence that the discipline, focus and respectful behavior cultivated by a diligent martial arts practice transfer well to other areas of life, too — which is pretty powerful itself.

Kicking Toward a Healthy Weight

If you’re concerned about your child’s weight, introducing martial arts classes can be an effective intervention. According to estimates from Harvard Health Publishing, a 125-pound person burns about 600 calories in an hour of martial arts practice — a standard length for most classes.

If your child practices three times a week and eats an appropriate diet, that works out to burning a little more than 2 pounds of body fat per month. That might not sound like a lot, but just as every little bit adds up when you’re putting body weight on, the same applies when you’re taking it off.

Also, as a general rule, lifestyle changes easily embraced long term are more effective for losing weight (or keeping it off) than more dramatic, short-term ventures that are often easily abandoned for a return to old habits. So, if your child falls in love (or even “in like”) with martial arts, you could be introducing a long-term solution that promotes health and activity for years to come.

If your child participates in an after-school martial arts camp or simply attends practice five days a week, then plays outside or is otherwise active during the weekends, he’ll be meeting those criteria to develop a strong, healthy body that’ll serve him for years to come.

For Children on the Spectrum

If your child is on the autism spectrum, there’s a good possibility that practicing martial arts will have a positive effect on the autism-related symptoms. A systematic review published in the May 2017 issue of Archives of Budo found that practicing martial arts had a medium to high positive effect on multiple symptoms of autism spectrum disorder, including social interaction and communication skills, self-regulation, memory, cognitive function and postural control.

You’ll easily find dozens of martial arts styles taught in any major city and at least a handful in many smaller communities. There is no “best” martial arts style; instead, focus on finding one that best suits your child’s interests, needs and aptitudes. Some of the more common styles you might encounter include:

Aikido: A Japanese martial art that uses deceptively gentle movements to turn the assailant’s energy against him.

Capoeira: A very acrobatic Brazilian martial art that was developed by Angolan slaves and disguised as a dance.

Jiu-Jitsu and Judo: Both Japanese martial arts that focus on grappling, although judo tends to focus more on throws. Brazilian jiu-jitsu, developed by the wildly successful Gracie family, has become a very popular variant.

Karate: An umbrella term that encompasses a number of Japanese martial arts that typically focus on striking and weapons use.

Kung Fu: Another umbrella term, this one covering a number of Chinese martial arts styles that often include graceful acrobatic movements.

Taekwondo: A Korean martial art focused on kicking and tournament fighting — although your child may also learn punches, throws and joint locks.

Children who truly enjoy doing martial arts will be more likely to make it an ongoing part of their lives. With that in mind, whenever possible, let them choose — or at least try — the martial arts style or styles that most interest them.

The “good dojo, bad dojo” dichotomy presented in many a martial arts movie may be exaggerated, but the moviemakers are portraying a very real dynamic: What a child gets out of studying a martial art depends very much on the climate trained in and the amount of effort and interest brought to the table.

With that in mind, before you sign your child up for classes, make a point of visiting the schools you’re considering and watch how classes are conducted. If a school won’t let you watch a class before committing, that’s a big red flag. Ideally, they should also let your child try a class before you have to commit to any prolonged membership.

What is Martial Arts? – A Knowledge Archive