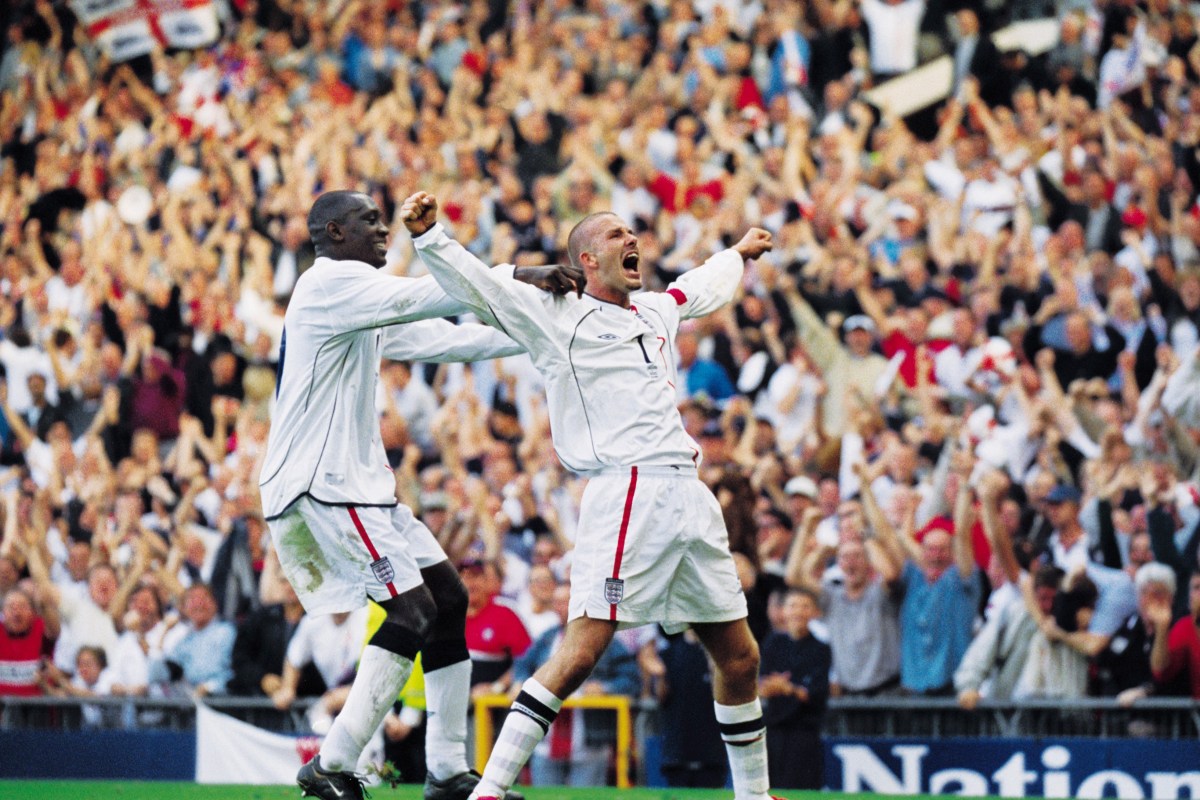 David Beckham scored THAT free-kick against Greece to send England to the World Cup exactly 20 years ago, but it so nearly never happened.

The Manchester United legend had plenty of memorable moments in his career, but perhaps none more so than the special goal back on October 6, 2001. 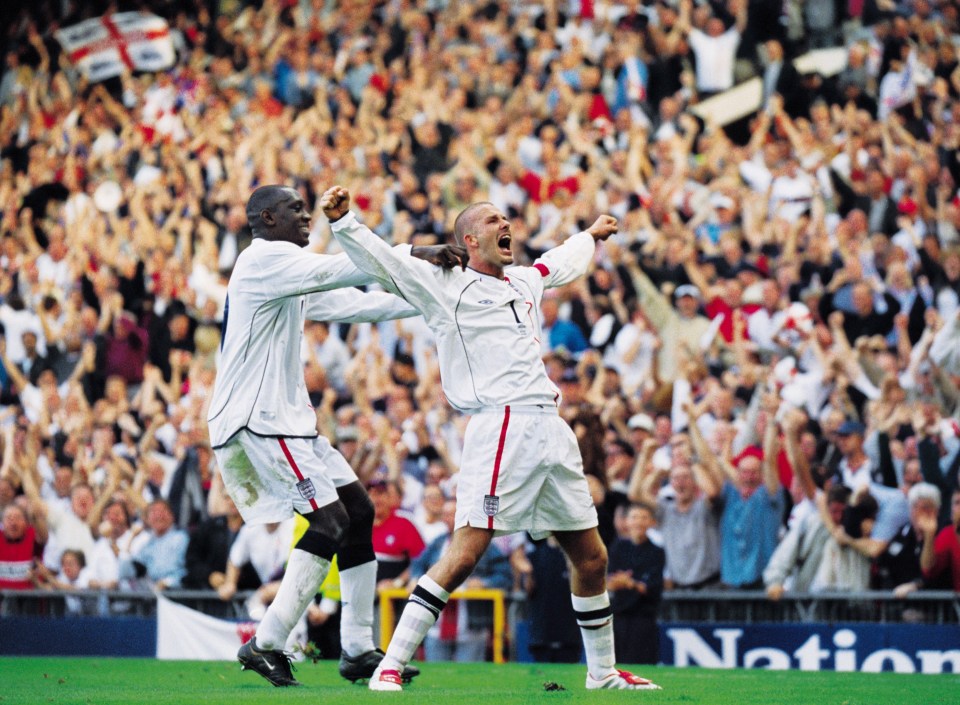 Beckham scored that famous free-kick against Greece 20 years ago 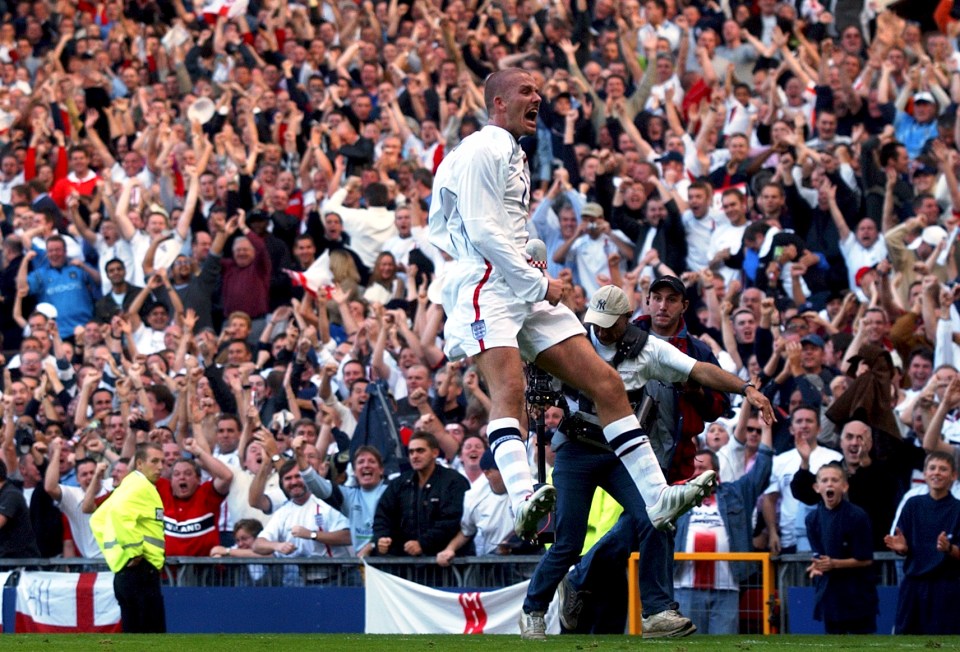 The goal sent England through to the 2002 World Cup

The Three Lions only needed a point to seal their place in the 2002 World Cup, before Teddy Sheringham was brought down and earned a free-kick in injury time, whilst trailing 2-1 to Greece.

Beckham singlehandedly lifted the spirits of his nation by scoring the astounding long-range set-piece to secure automatic qualification to the finals in Japan and South Korea.

Former Man United and Tottenham striker Sheringham wanted to get his hands on the ball, though, having scored the equaliser earlier on.

Beckham held firm to his decision given his track record of scoring free kicks at club level.

Speaking in July, Sheringham opened up on what happened and said: “I’d already scored to make it 1-1 in the game, so I was buzzing. I felt ten feet tall, and I’d won the free-kick late on in the game, making the most of a shove from the defender.

“Becks had probably had five or six free-kicks in that game, and they’d gone all over the place; he’d hit the wall, he’d hit Row Z, so when we got the last one I actually said to him ‘Becks, I’ll have this one.’ 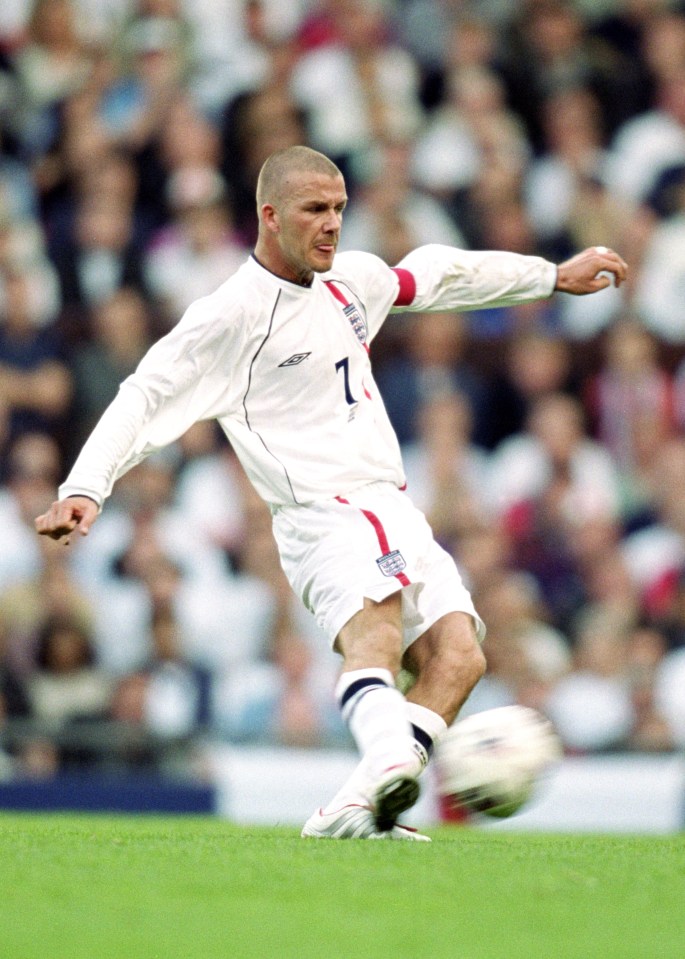 “He just said ‘Go away, Ted. You can’t even reach from here.’

“He had a point. I’d scored the odd free-kick in my career but I saw Becks on a daily basis practising so I knew he was better. If you had to put money on someone putting the ball in the top corner in the last minute of a game, you’d put it on him.

“He told me to go away in the most polite way he could think of at the time, and ended up scoring. That’s what top players are all about.”

The former Real Madrid and LA Galaxy star felt he repaid the nation following his red card against Argentina which knocked England out of the 1998 World Cup in France. 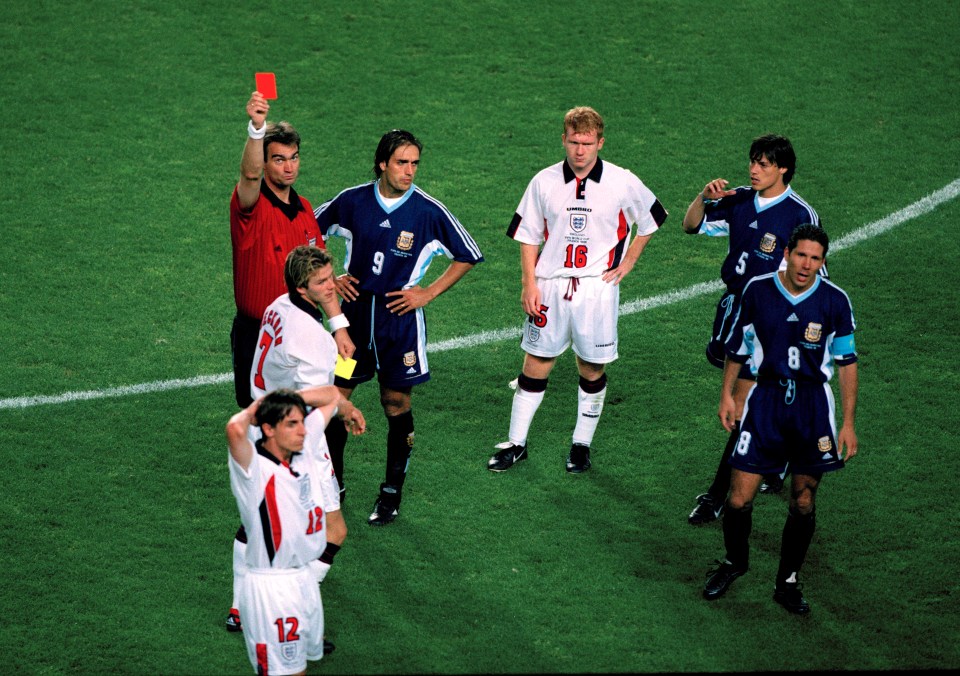 “That was the moment that England supporters forgave me for what had happened a few years before,” Beckham said.

“For me personally, that was redemption for what had happened — because up until then, there was always that cloud around the sending-off.”

The 46-year-old hit out at Diego Simeone, now Atletico Madrid manager, in the last-16 encounter.

“That goal against Greece was when I felt the real England fans, and the fans that disliked me for a few years, all of a sudden were like, ‘OK, that’s it, we can move on now’.

“That, for me, was a special moment.”

Beckham posted about his famous goal on Instagram as he listened back to the commentary for the first time.

He wrote: “20 years ago today and my first time listening to this commentary… To represent my country, to Captain my country, to score a goal for the fans, and to do it all at Old Trafford…..”