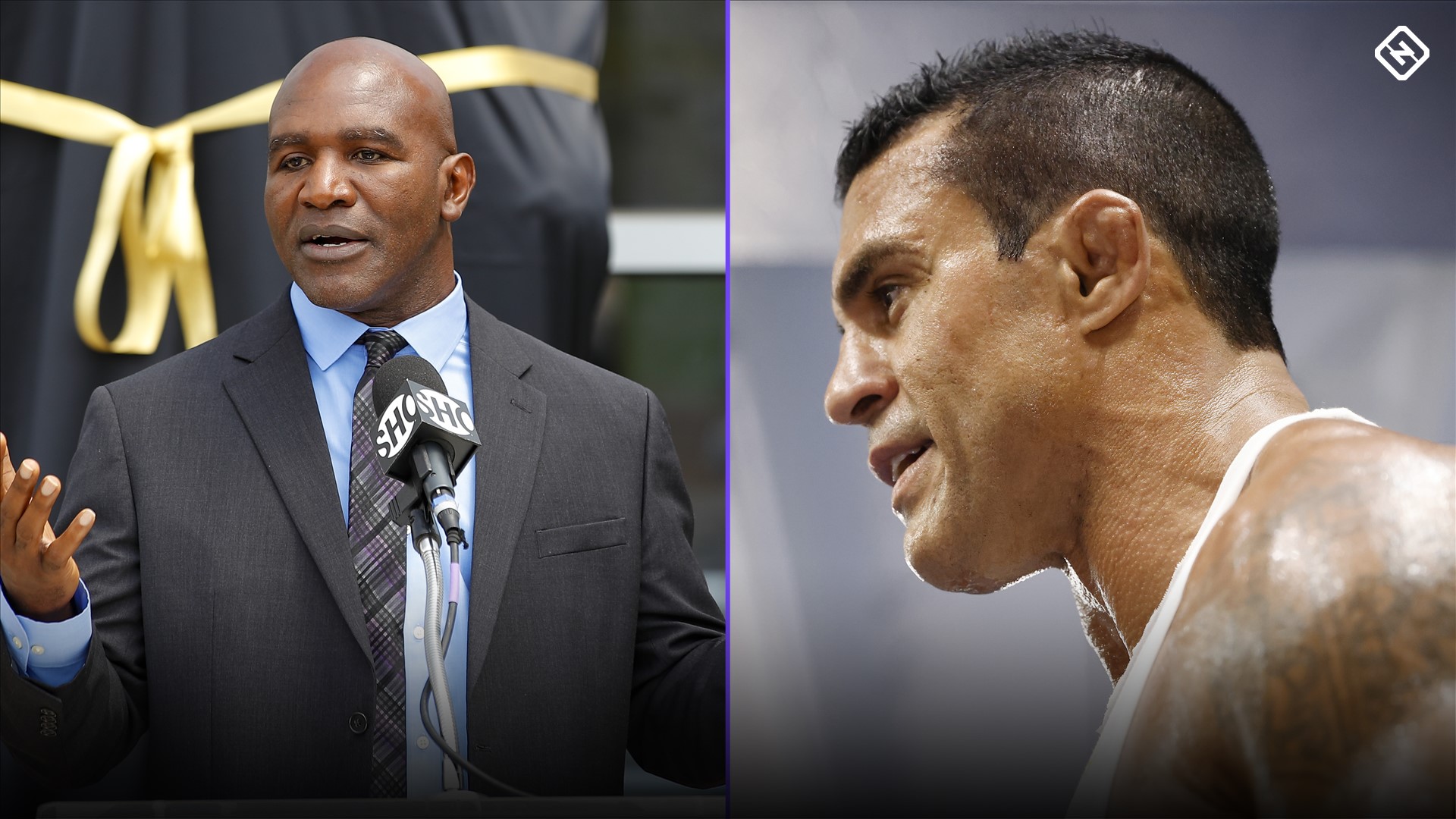 For the first time in over 10 years, former unified cruiserweight and heavyweight champion Evander Holyfield will fight in the ring. After de la Hoya withdrew from this bout due to being hospitalized by COVID-19, Holyfield stepped in on Sept. 3 to face Belfort, who won his only boxing fight by technical knockout against Josemario Neves in 2006, in an eight-round match on Saturday.

Here are more details on how to watch Saturday’s pay-per-view event.

What channel is Evander Holyfield vs. Vitor Belfort on tonight?

Holyfield vs. Belfort can be viewed on FITE.tv or TrillerFightClub.com. The event will be called by Lampley and Porter, with Trump and Trump Jr. providing “alternative” commentary of all four fights on the Holfield vs. Belfort card on Triller.

How much is Evander Holyfield vs. Vitor Belfort?

Holyfield vs. Belfort will cost $49.99 to view. However, your viewing option won’t be limited to the Triller — a self-defined AI-powered entertainment app that allows users to create professional-looking videos in a matter of seconds — on your phone. Triller’s broadcast will be available through a computer, smart phone, tablet or a smart TV. The fight will be available through the FITE apps on Apple TV, Android TV, Roku, and Amazon Fire.

The fight will also be made available through cable providers such as Xfinity, Spectrum, Cox, Verizon, DirecTV and Dish.

What time does Evander Holyfield vs. Vitor Belfort start?

The Holyfield vs. Belfort card is set to begin at 7 p.m. ET on Saturday night. With three fights in addition to the main event, it is expected that Holyfield and Belfort will enter the ring around 10 p.m.