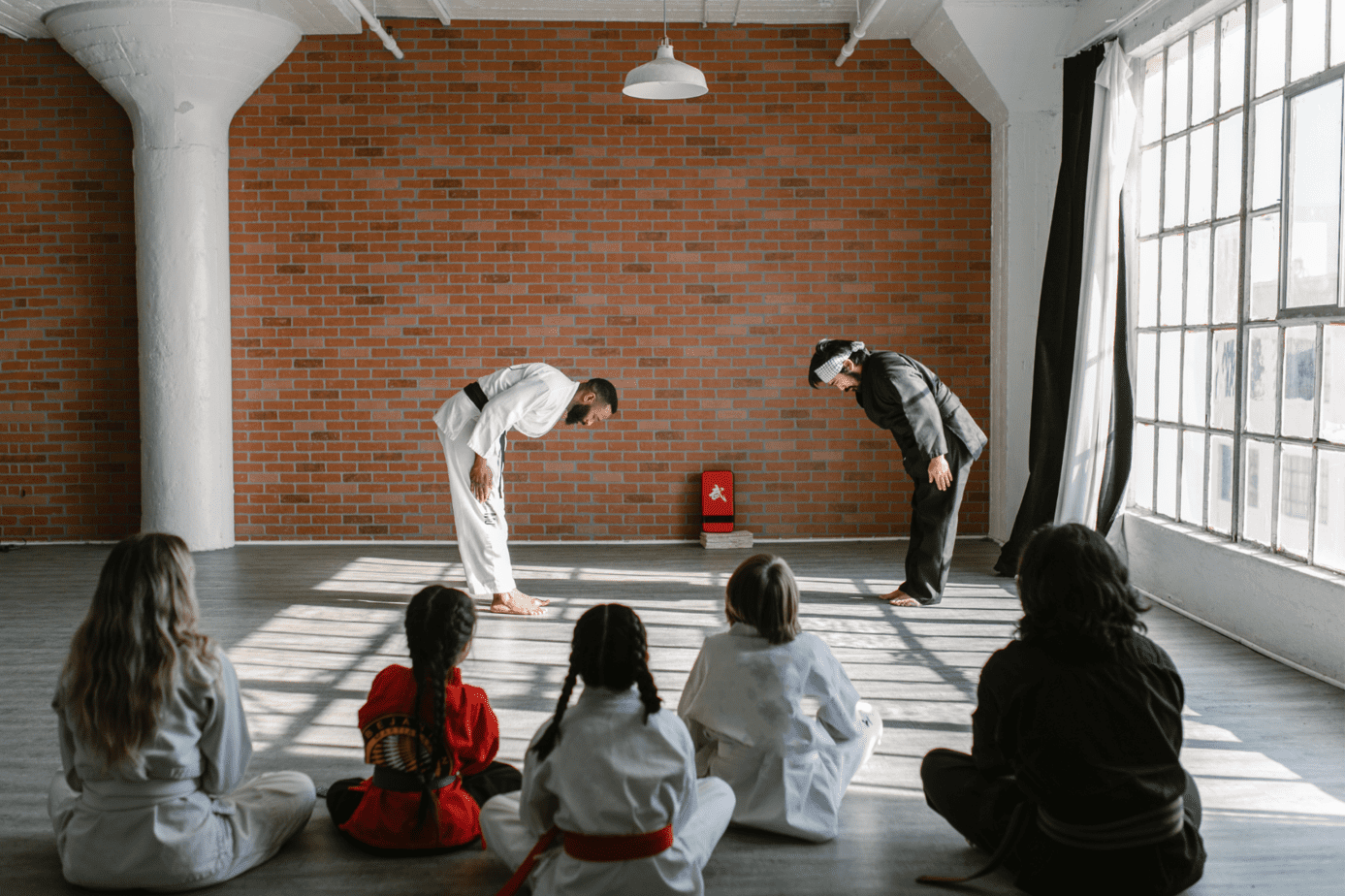 The dojo is traditionally related to the world of martial arts but it means a lot more. It is a hall or place for immersive meditation and learning.

This can be a school or practice hall, but the dojo mostly relates to the sacred place where you can boost your mental and physical skillset. A training facility or a drill hall can be called dōjō too, but please, try to understand that it has a way wider meaning.

What Does DOJO Mean?

According to the Merriam-Webster dictionary, the definition is “a school for training in various arts of self-defense”.

Yet, the Collins-English dictionary is also a great source. Its definition is “a school or practice hall where Karate, Judo, or other martial arts are taught”.

The slang “dojo” mostly relates to the place where you train or learn, but it doesn’t have to be related to Japanese arts.

And now let’s take a look at the Japanese language. Do means “a path, way of a road”, while Jo refers to “place”. The translation of dojo is “a place of the way”.

And now let’s transition to the Cambridge English language dictionary’s definition – it is a place where you train in Karate, Judo, or other martial arts (fighting sports). This word mostly relates to training in Japanese fighting styles, but it can also relate to the practice of other disciplines – wrestling, MMA, Chinese kung fu, Muay Thai…

You can even turn the room into your dojo, it is a place where you boost your skill set. Does the syntax “dojo” have a great meaning for you? Do you see the piece of your house as the area to improve yourself? Well, congrats, you made a modified version of the dojo!

Let’s travel back to the Nara period (710 AD – 84). The term was used for private religious gatherings and temples. In the Kamakura period (1192-1333), the dojo used to be a name for chapels in Buddhist sects.

But here is a surprise. The word dojo is actually of Buddhist origin and relates to the Sanskrit word “Bodhimanda”, a saint spot where Buddha attained enlightenment. You might see the Sanskrit “bodhi manda seat” syntax in some literature and writings, but its meaning is not much different.

Nowadays, this is a place where you can train in Zen meditation, but it is not strictly related to Japanese fighting styles anymore.

Is Dojo Only For Karate?

A dojo is mostly related to Japanese martial arts, but it could be a training facility for all kinds of fighting styles. It can also be for Judo, Sanshou, Kyudo, kung fu, Sambo…

When it comes to Japanese martial arts, there are rituals like cleaning, standing bow, and strict discipline. “Dojo Kun” are rules in Japanese dōjō schools, and there are pieces of training equipment on the walls too. The same name can be used outside of Japan too.

Here are word lists for different fighting styles. In Indian culture, this saint place is called “Akhara”. South Korean has its word for the area where you boost your skills – Dojang. For Chinese martial arts, you’ll hear the words “Kung fu Dojo” or “Wuguan”. The Vietnamese name is “Vo Doung”, while in Indonesia, you will hear the word “Sasaran”. In Malaysia, it is “Gelanggang”.

Dojang is a Korean word for the training area where you can train in Taekwondo and other Korean styles, while dojo relates to Japanese fighting classes. But generally, it refers to the same topic. There is only one difference between the words – writing.

How To Pronounce DOJO?

The Japanese pronunciation of the word dojo, written with the phonetic transcription, is [doꜜː(d)ʑoː]

Are Dojo And Karate The Same?

No. Dojo mostly relates to the system of Japanese martial arts, but Japanese dōjō is also different. Please make a difference, Karate is a martial art, dojo has a way deeper meaning.

Who Runs A Dojo?

In Japanese fighting styles, the person is called a “karateka”. Yet, every single art has a different name for the person who runs it.

A Complete List of All the Popular Martial Arts