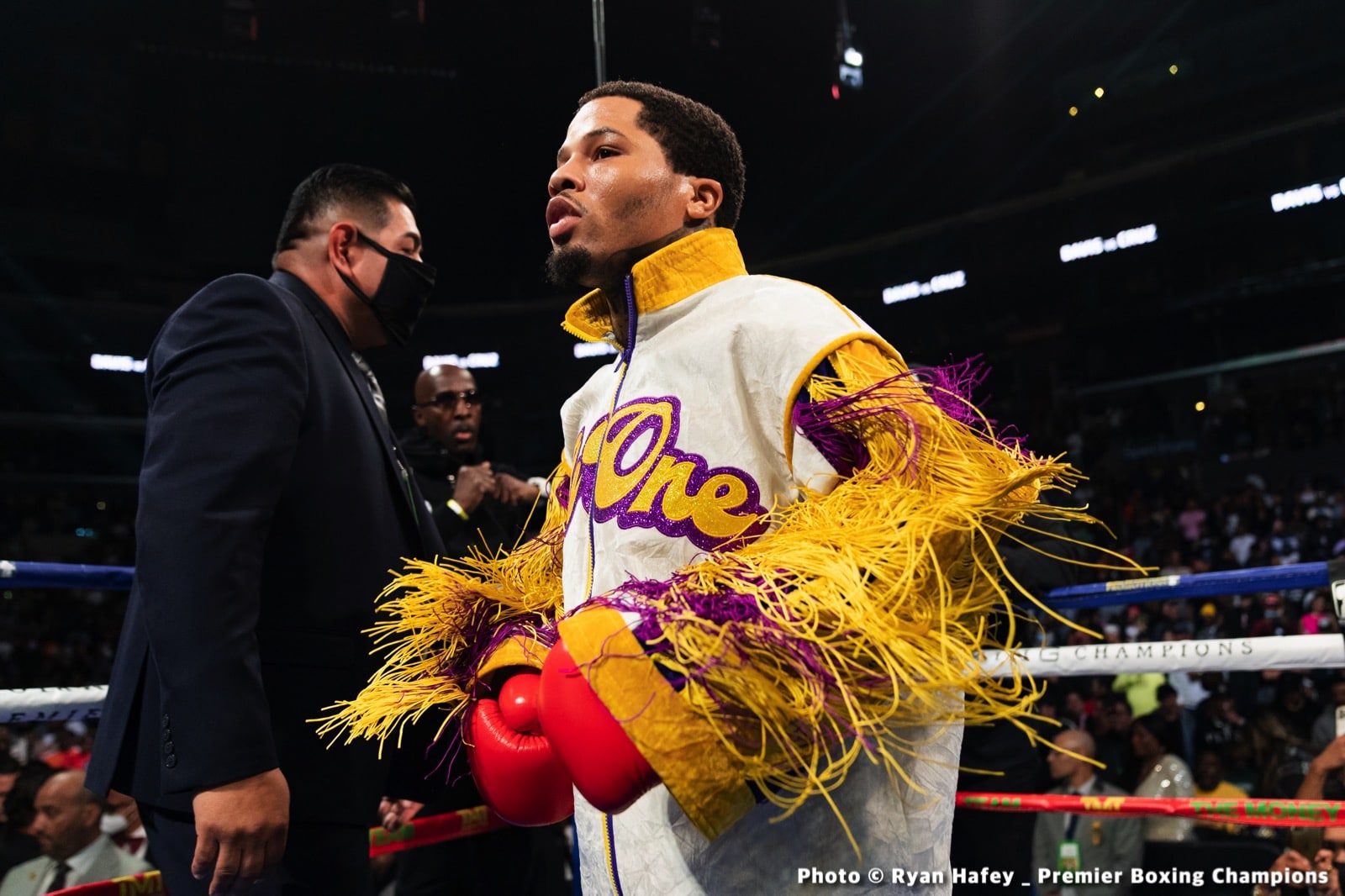 By Allan Fox: A question fans want to know is whether Floyd Mayweather Jr. will finally allow Gervonta ‘Tank’ Davis to fight Vasily Lomachenko in 2022. Floyd has been letting this fight stew for years, and he’s already watched Lomachenko get beaten by Teofimo Lopez in 2020.

That could have been Davis who did that to Lomachenko if Mayweather had allowed him to take the fight. With Floyd watching over Tank Davis like a mother hen with her vulnerable nestling, his career is hopelessly STUNTED.

Floyd has been protecting Tank Davis from the old fox Lomachenko all these years to save him from getting ripped to shreds, but he can’t continue to do it.

For the last three years, Mayweather has held off letting his #1 bankable fighter in his stable, Davis (26-0, 24 KOs), take on the former three-division world champion Lomachenko (16-2, 11 KOs).

After nine years as a pro, Tank Davis is withering on the vine due to the weak match-making being done by his promoters. The only names that Gervonta has fought as a pro are these four:

I hate to say it, but it’s PATHETIC that Tank Davis has been a pro for almost ten years, and these are the only recognizable names on his resume.

Is Mayweather waiting for Lomachenko to get old?

Boxing fans believe that Mayweather is waiting until Lomachenko is old and past it before finally giving Tank the green light to face him. If Gervonta wants any credit from boxing fans for beating Lomachenko, he must fight him now while he’s still relatively young at 33.

Waiting until Lomachenko is 35 to 39 is no good because fans will discredit any victory for Tank Davis at that point. If Tank loses to an old Lomachenko, it may ruin his career, no matter how many wins he piles up afterward. 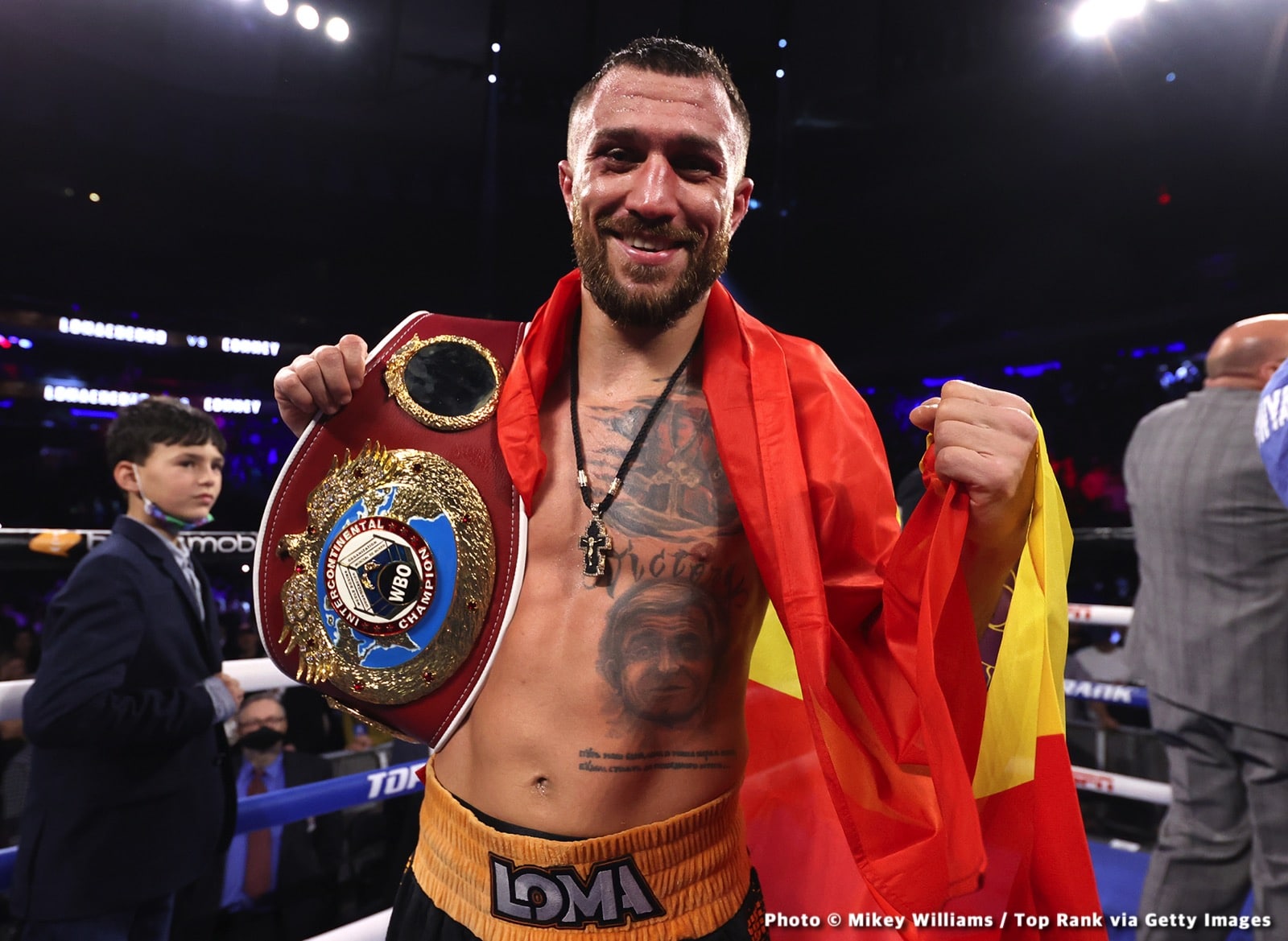 However, Davis has reached a deciding point in his career where he needs to start taking on the top-level fighters like Lomachenko, Devin Haney, and George Kambosos, or he watches his career fizzle out.

With Mayweather cherry-picking flawed opposition for Tank to fight, it’s arguably prevented him from being the star that he could be. Lomachenko recently expressed doubt that Gervonta will be allowed to fight him, saying that he’s only fighting in-house guys with Mayweather Promotions, and many believe Loma is right.

While Tank Davis might not be afraid to fight any of those fighters, he’s still not facing any of them, thanks to the match-making being done on his behalf by Mayweather Promotions.

Ultimately, Tank is the one whose career is failing to ignite, and he’s going to have to put his foot down if he wants to become the type of star that he could be. Comparing where Tank’s career is right now to where Canelo Alvarez’s was after ten years in the game, it’s like night and day.

Tank can fight any of those guys if he insists on his promoters putting those matches together, but thus far, he hasn’t done that.

“I really think the Nakatani fight did it for me. When I saw that, I was like, I always knew that dude [Lomachenko], but there’s no doubt that nobody in the lightweight division other than Tank Davis,” said Shawn Porter on his Porter Way Podcast.

“I think Tank Davis, even with a hurt hand and everything he did [against Isaac Cruz], is still the most explosive fighter, and the quickest fighter and the fighter with the most dog. He’s the most complete fighter in the lightweight division, and right behind him, I have Lomachenko,” said Porter.

Unfortunately, you can’t say that Tank Davis is the #1 fighter in the 135-lb division because his opposition hasn’t been good enough to place him in the top spot.

Arguably the best win on Tank Davis’ nine-year pro resume is Isaac ‘Pitbull’ Cruz, and many boxing fans had him losing that fight. The only other decent names that Gervonta has fought are past his prime Leo Santa Cruz, Jose Pedraza, and secondary WBA 140-lb champion Mario Barrios.

It’s obvious that Ryan Garcia isn’t in the mix with the top guys at 135 because he’s not shown the interest in fighting any of the top lightweights that he’s needed to for him to be among the best.

He pulled out of his fights with Joseph Diaz Jr. and Javier Fortuna in 2021 and failed to fight Tank and Devin Haney when he had the opportunity to do so.

It’s safe to say that if Ryan does fight Isaac Cruz in the first quarter of 2022, we’ll watch him get hammered and stopped. Once that happens, it’ll be the beginning of the end for Ryan’s career.